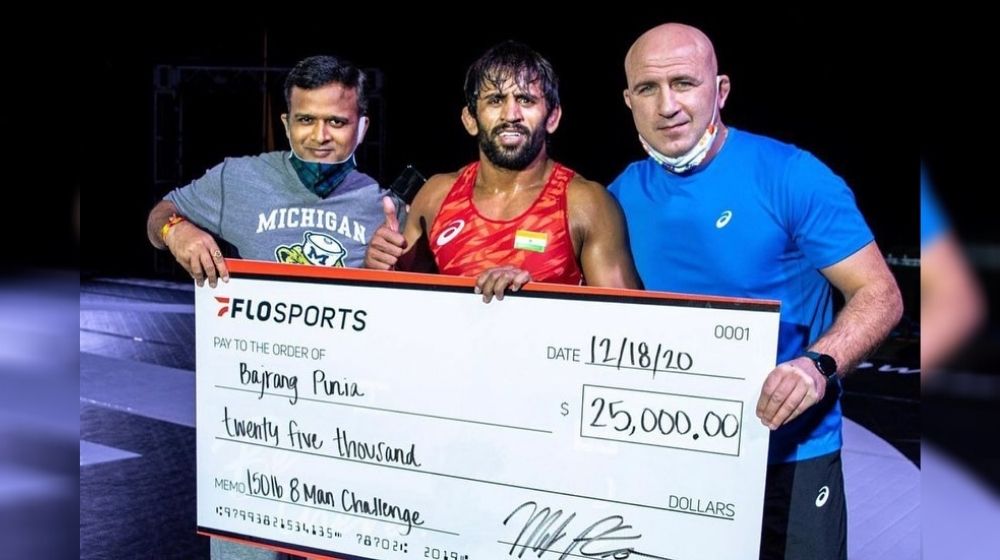 Returning to action after around ten months, Bajrang Punia gave an outstanding performance to get a title on his belt during this pandemic year and won the Flo-Wrestling Challenge in Texas, Austin. Punia defeated two-time world medalist USA's James Green 8-4 in the final and won a prize of $25,000.

In the eight-man challenge, Punia first edged Pat Lugo 6-1  and then defeated Anthony Ashnault 9-0 in the semifinal.

Punia tweeted on his official Twitter handle, “Glad with my performance & happy to start on a winning note after such a long break due to pandemic. Thank you all for the love, support & blessings”.

Punia, who has already secured a quota in the Tokyo Olympics, last participated in February at the Asian Wrestling Championships. However, Punia skipped the Individual World Cup held in Serbia this month but trained at the Cliff Keen Wrestling Club in Michigan, USA and will continue his preparations in the United States.