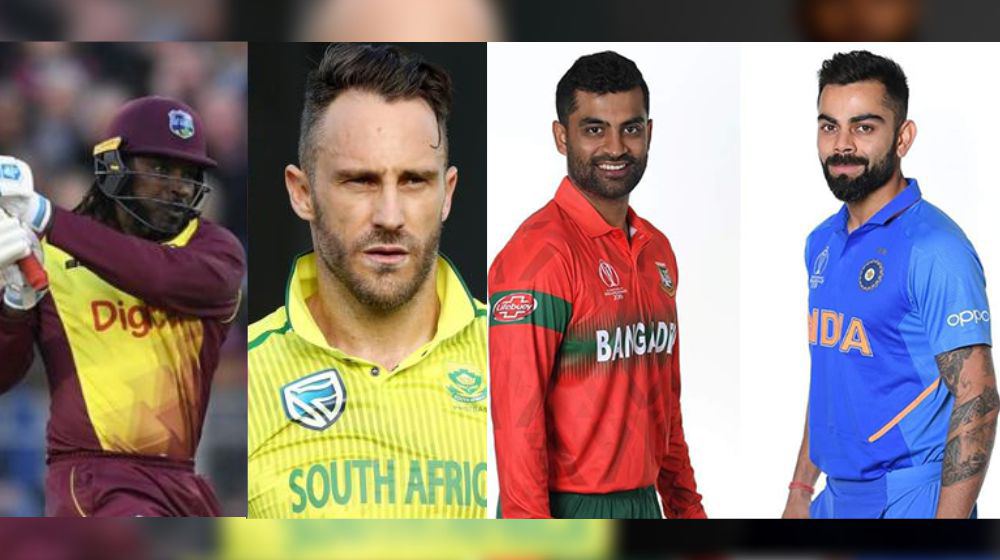 Bangladesh Cricket Board (BCB) announced the Asia XI and World XI squads for the Marquee T20I Series. The 15-member team of Asia XI has six Indians, including Virat Kohli, KL Rahul, Shikhar Dhawan, Rishabh Pant, Mohammad Shami and Kuldeep Yadav, who were named for the marquee T20I series. KL Rahul and Virat Kohli can play a match each in Asia XI and Rishabh Pant, Shikhar Dhawan, Kuldeep Yadav and Mohammed Shami, to face the World XI in the international T20 series of two matches to celebrate the birth centenary of the founder of Bangladesh Sheikh Mujibur Rahman here.

Virat Kohli has been named by the Bangladesh Cricket Board (BCB) for a match based on availability, which is yet to be confirmed by the BCCI. Matches are to be held on 21 and 22 March.

"We have already received four names from India. We haven’t signed contracts but Rishabh Pant, Kuldeep Yadav, Shikhar Dhawan and Mohammed Shami are supposed to come. They have said KL Rahul and Virat Kohli will play one game each, but that hasn’t been finalised," BCB President Nazmul Hassan stated.

BCB wants Virat Kohli to be part of both T20Is, but considering the busy schedule of the Indian team, it remains to be seen if Kohli makes himself available.

One of the BCCI sources stated, "Kohli’s name has been sent but the call on his participation lies with him and he will take it after due consultation with BCCI President Sourav Ganguly".

When asked about the availability of Indian players for the matches, BCCI President Sourav Ganguly said, "they can send four to five players".

The Indian Cricket Team is currently on the New Zealand Tour and is busy with the two-match Test series. A week after the New Zealand tour ended, India will play an ODI series of three matches against South Africa, which will start from 12th March in Dharamshala. The second game will be played on 15th March at Lucknow and the third in Kolkata on 18th March. The IPL will also begin on 29th March.

In addition to the Indians, the squad has four players from Bangladesh, two from Sri Lanka, two from Afghanistan and one from Nepal. The squad has no Pakistani players.

"We are uncertain about Pakistan since the Pakistan Super League will be ongoing," Nazmul Hassan said.

In regards to the World XI Squad, it is also full of superstars, including Chris Gayle, Kieron Pollard, Faf du Plessis, Alex Hales, Jonny Bairstow among others. Former Australian all-rounder Tom Moody has been named coach for the 12-member World XI team.

The Marquee T20I Series will take place from March 18 to 22.

And here's the World XI squad that will face them

Which side do you think is stronger? pic.twitter.com/3fkZXUhFjx