Argentina great Javier Mascherano announced retirement at the age of 36 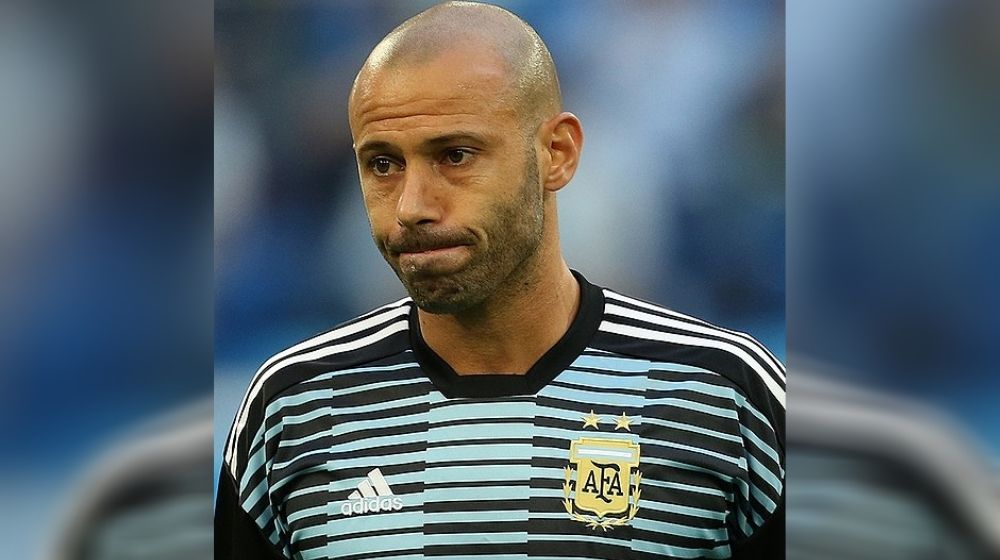 Former Barcelona footballer and Argentina's most capped player Javier Mascherano announced his retirement from the sport on Sunday after his current team Estudiantes lost 1-0 in a league match against Argentinos Juniors, drawing curtains on his magnificent career spanning 17 years.

The 36-year-old centre-back, who began his senior professional career at the domestic level with River Plate in 2003, also played for teams such as Spain’s FC Barcelona, England’s Liverpool, and Brazil’s Corinthians.

"I lived my profession 100 percent, to the maximum that I possibly can, and for a while now that has been getting harder. Sometimes you don't choose the end, it happens all by itself," Javier Mascherano told reporters after the match.

Mascherano said he decided to retire not because of the results, but because of his lack of motivation.

"Today, I thought I was having trouble keeping it going. I did not want to disrespect the Estudiantes who brought me back to Argentina," he added.

Javier Mascherano enjoyed the most successful spell of his career with Barcelona. There, he won 19 titles in eight years, including five La Liga and two Champions League trophies. He was a key member of the Argentina team which reached the final of the 2014 FIFA World Cup. He played the most 147 games for Argentina, including four World Cups and five Copa America tournaments. He was also a member of the Argentina team which won gold medals at the 2004 and 2008 Olympics.