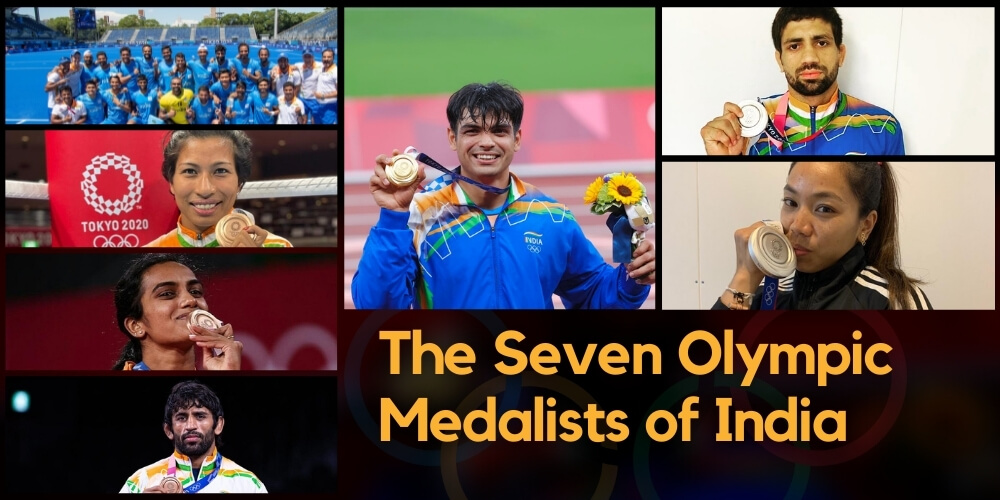 Tokyo Olympics, the most extraordinary Games of all time, held against the backdrop of the COVID-19 pandemic, ended on Sunday with a grand closing ceremony in Tokyo.

The campaign in India ended the day before Saturday when Neeraj Chopra became the country's first gold medalist in athletics. The top prize in the men's javelin throw event helped India finish the Tokyo Games with a record seven medals, including one gold, two silver, and four bronze.

Here are seven Indian medalists who have made the nation proud in the world's greatest sports event: 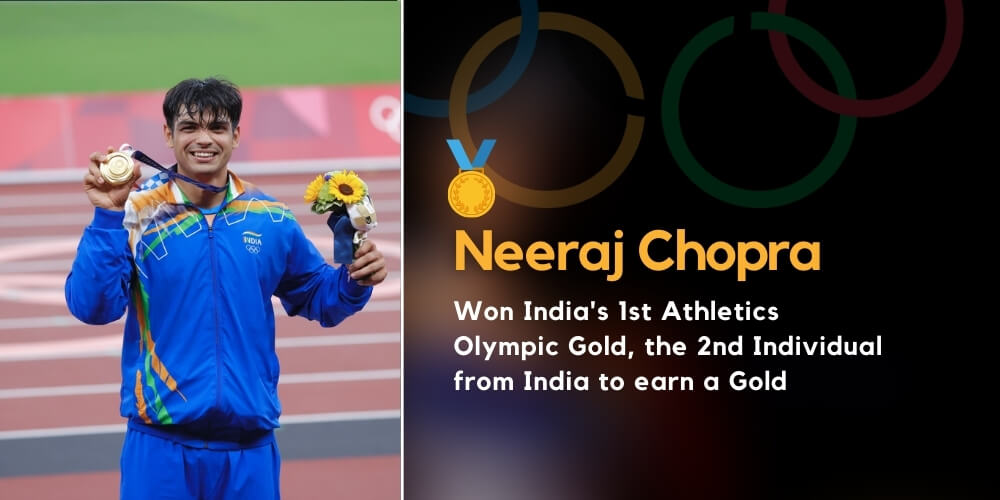 The wait is finally over! Indians have dreamed of seeing an Olympic athletics champion for years, and Neeraj put an end to that expectation by throwing 87.58m in the men's javelin throw final, making him the second individual gold medalist from India.

In addition, he is the first track and field athlete in independent India to win an Olympic medal.

Having performed consistently over the years, Neeraj has won nearly every major competition he participated in. In 2016, he won the gold medal at the IAAF World U20 Championships, setting a world throw record of 86.48 meters.

He also holds gold medals for the 2018 Commonwealth Games (CWG) and the Asian Games. 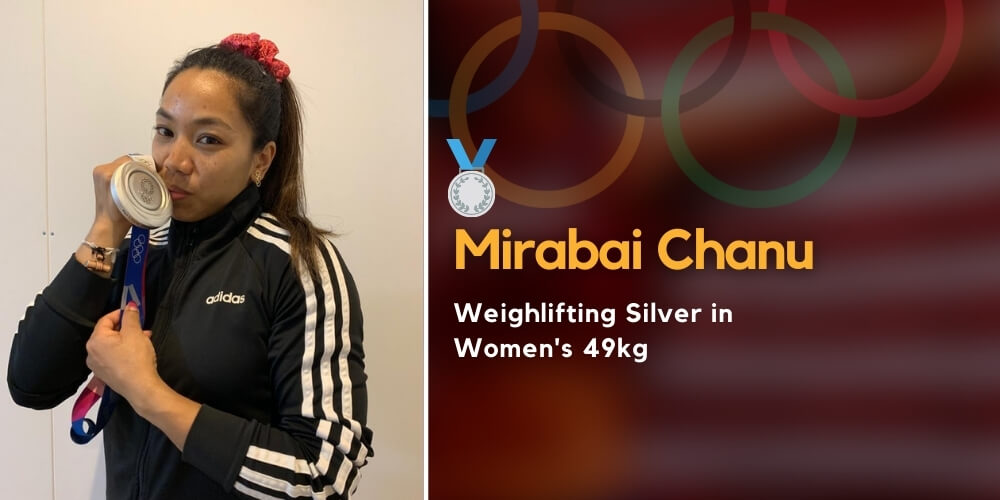 The Manipur weightlifter gave India a brilliant start to the Tokyo Olympics with a silver medal on the first day of Tokyo 2020 in the 49kg category. This was the first time India has bag a medal on the opening day of the Olympic Games.

Mirabai is the second Indian weightlifter to win a medal in weightlifting after Karnam Malleswari won bronze at the 2000 Sydney Olympics. 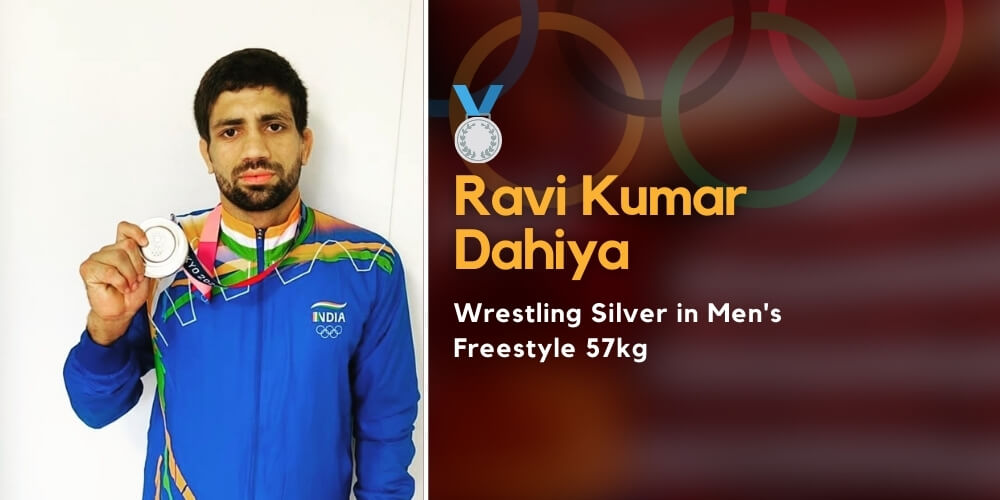 Ravi is India's second silver medalist in wrestling at the Olympic Games after Sushil Kumar. Like Sushil, Ravi also received training at the Chhatrasal Stadium in New Delhi.

His best performance in the Olympics was in the semifinals. Despite falling behind 2-9 in one stage, Ravi defeated Kazakhstan's Nurislam Sanayev. 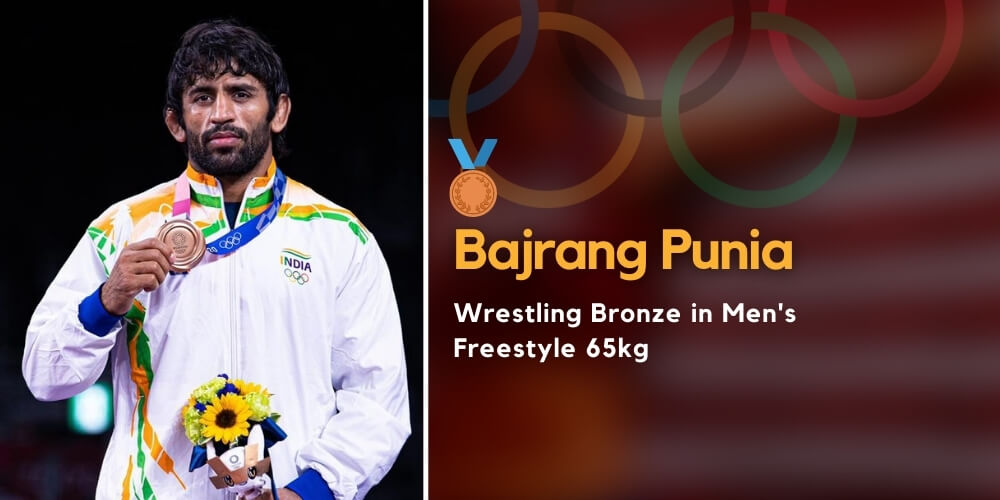 Bajrang Punia was one of the gold favorites in the Tokyo Olympics, but a knee injury hindered his campaign. He bravely fought back and defeated Kazakhstan's Daulet Niyazbekov 8-0 to claim the bronze medal in the men's 65kg freestyle event.

Bajrang is one of the best wrestlers in India and the only Indian to clinch three medals at the World Wrestling Championships.

Bajrang won a silver and two bronze medals at the World Championships. 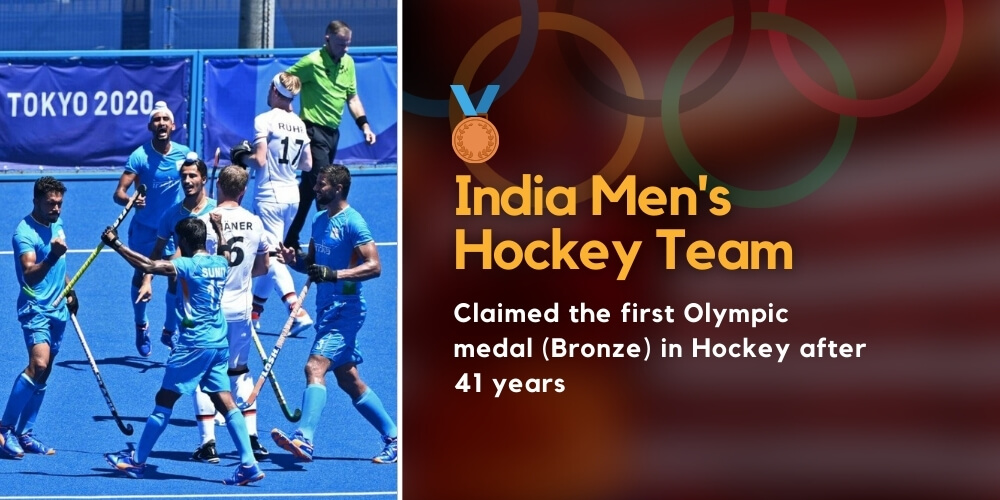 The jinx of hockey was finally broken at the 2020 Tokyo Olympics as the men's team won the first Olympic medal in 41 years after beating Germany in a medal match. The last time India won a medal at the Olympics was in 1980 when they won a gold medal.

This famous campaign was full of unforgettable victories. India finished second in Pool A and defeated Britain in the quarter-finals, reaching the semi-finals for the first time in 49 years. There were no semi-finals in the 1980 Games.

They lost to Belgium in the semi-finals but fought hard against traditional strong Germany, winning 5-4 in the bronze medal game. This is the 12th hockey medal that India has won at the Olympics. India has won eight Olympic gold medals in Hockey so far. 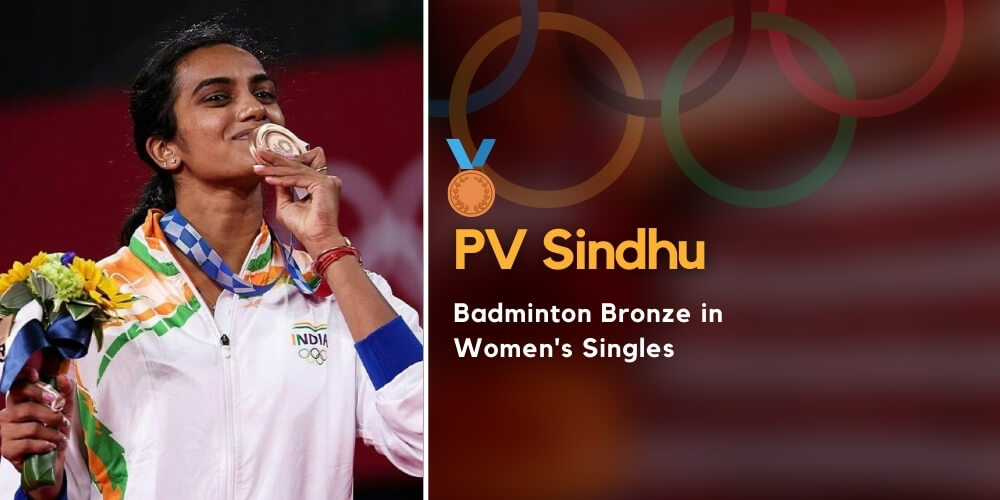 PV Sindhu earned a bronze in the women's singles by defeating China's He Bing Jiao in the bronze medal match. She hoped to win the gold medal and end up losing to Tai Tzu Ying in the semifinals, but Sindu bounced back the next day, winning 21-13, 21-15 to get the medal.

With bronze, Sindhu became the second individual athlete from India to win medals in two Olympic Games as she also won a silver medal at the 2016 Rio Games. 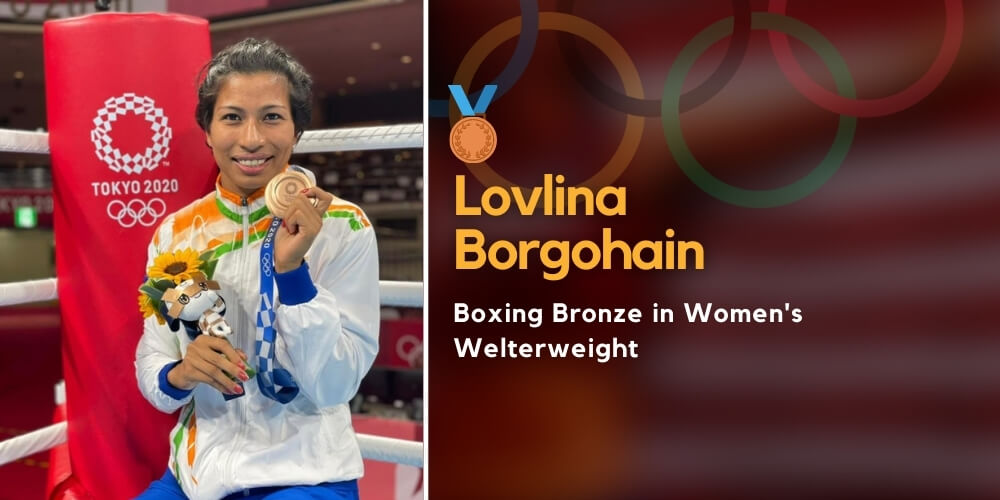 Lovlina Borgohain, who made her Olympic debut, won a bronze medal at the 2020 Tokyo Olympics and became the third Indian boxer to win a medal at the Olympic Games.

However, the Olympic gold hopes for Assamese athlete ended in the semifinals of the women's welterweight division, where she lost to the world No 1 Turkey's Busenaz Surmeneli.

Lovlina's highlight game at the Olympics was in the quarterfinals against the former world champion and fourth-seeded Chen Nien-Chin, which Lovlina won by 4-1.

Lovlina entered the fight with a 0-4 record against Nien-Chin, but she surprised the Taiwanese boxer with her attacking play.

She also won two bronze medals at the World Championships.