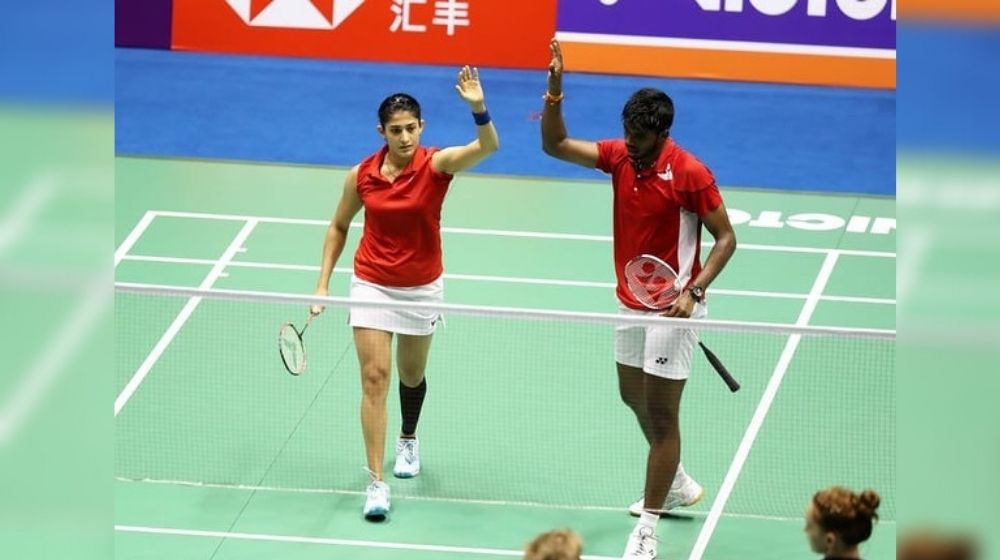 The Indian mixed doubles duo Satwiksairaj Rankireddy and Ashwini Ponnappa were rewarded for their terrific show on the recently concluded Asia leg as they made it into the world's top 20 in the latest BWF rankings announced on Tuesday.

Satwik and Ashwini, the first Indian mixed doubles pair to reach the semi-finals of the World Tour Super 1000 event at the Toyota Thailand Open, jumped 16 spots to reach their career-best rankings, number 19 in the world.

In men's doubles, Satwik and Chirag Shetty remained in number 10 in the world after reaching the Toyota Thailand Open semi-finals.

The world champion PV Sindhu remained at the number 7 in the world rankings, while Saina Nehwal raised her world ranking with a place at number 19.

In the men's singles, Kidambi Srikanth rose to number 13, while Sameer Verma jumped four places to number 27 after competing in the quarterfinals of the Toyota Thailand Open.

B Sai Praneeth, who lost in the first round of the first event and was forced to withdraw from the second tournament after testing positive for COVID-19, dropped one place to number 17, while Parupalli Kashyap, who struggled with a calf muscle injury, slipped two places to number 26.

MR Arjun and Dhruv Kapila, who started playing together in 2019, rose 33 places to number 64 in the men's doubles.