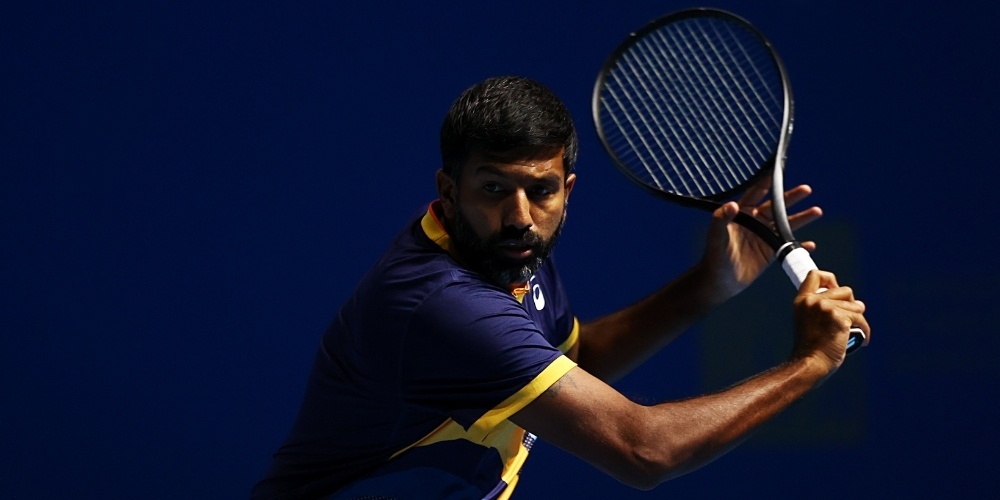 Indian tennis ace Rohan Bopanna and his Croatian partner Franko Skugor advanced to the French Open quarterfinals after their opponents withdrew from the game on Sunday. The Indo-Croatian duo got a walkover in the men's doubles pre-quarterfinal match against Matwe Middelkoop from the Netherlands and Marcelo Arevalo from El Salvador.

Bopanna and Skugor will now face Spanish pair Pablo Andujar and Pedro Martinez in the quarterfinals. Unseeded Bopanna and Skugor took out an outright victory over Americans Frances Tiafo and Nicholas Monroe in the second round earlier this week.

41-year-old Bopanna, who ranked 40th globally, is not defending a single point this year at Roland Garros. However, the Indian must earn points as this is Bopanna's last chance to improve his global ranking. The rankings on 10th June will be considered for the Tokyo Olympics entry.

Serena Williams' latest attempt for a record-equalling 24th Grand Slam title came to an end at the French Open on Sunday, hours after Roger Federer withdrew from his possibly last appearance at Roland Garros.

39-year-old Williams, who still lacks only one Margaret Court's all-time record for most Grand Slam singles titles, lost 6-3, 7-5 to Kazakhstan's 21st seed Elena Rybakina, while Federer pulled out as a precaution to protect his body for Wimbledon.

The American won the last of her three titles at Roland Garros in 2015 and hasn't made it past the 4th round in Paris since losing the 2016 final.

"It was definitely close. I'm so close. There is literally a point here, a point there, that could change the whole course of the match. I'm not winning those points. That like literally could change everything. I'm in a much better place than when I got here. You know, (I was) literally trying to win a match because it had been a challenging season for me on the clay. I'm definitely not thinking about it at all. I'm definitely thinking just about other things but not about that," said Williams.

Roger Federer had previously decided to withdraw from what was possibly his last French Open appearance, not wanting to risk his painful knee after suffering an injury over the past 18 months.

Federer, the 20-time Grand Slam titleholder who turns 40 in August, fought for over three and a half hours until 12:45 pm Sunday morning to reach the last 16.

"After discussions with my team, I've decided I will need to pull out of Roland Garros today. After two knee surgeries and over a year of rehabilitation, I must listen to my body and make sure I don't push myself too quickly on my road to recovery. I am thrilled to have gotten three matches under my belt. There is no greater feeling than being back on the court," Federer said.

Daniil Medvedev, the occasional clay-court artist, and Stefanos Tsitsipas, the shape and strength of the next generation, will face off each other in the French Open quarterfinals. The second-seeded Russian and fifth-seeded Greek used their contrasting playing style to take similar routes to the last eight on Sunday.

Tsitsipas retained his unbeatable record against Spaniard Pablo Carreno Busta with a 6-3, 6-2, 7-5 victory on Court Philippe Chatrier. It was the 37th match win of the season for 22-year-old's Tsitsipas and 20th on clay, more than any other player on the Tour this season.

Medvedev extended his best run at Roland Garros by beating Chile's Christian Garin 6-2, 6-1, 7-5 in just two hours at the adjacent Court Suzanne Lenglen. In Medvedev's ground game, flat as a frisbee, and accurate game points, vertical and horizontal lines were worked out. He floated around the court, creating openings and threading a needle at will.

"He has improved over the years with his serve. This is going to be something that I will have to face. But, of course, myself playing well, I feel like I don't have to think against who I'm facing; I have to play my game. Let the rest be witnessed," Tsitsipas said of Medvedev.