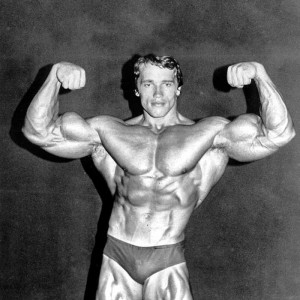 Arnold Schwarzenegger is an Austrian-American actor, filmmaker, businessman, writer and former professional bodybuilder and politician. He began weightlifting at the age of 15 and won the title of Mr. Universe at the age of 20. He went on to win the Mr. Olympia title seven times, remaining a significant presence in bodybuilding and writing numerous books and articles on bodybuilding.

The Arnold Sports Festival, the second most crucial professional bodybuilding event in recent years, is named after him. Arnold is reckoned as one of the most significant figures in the history of bodybuilding, as well as the sport's most charismatic ambassador, and his legacy is remembered at the Arnold Classic annual bodybuilding competition. Arnold was born at Thal, Styria on July 30, 1947. He raised his first barbell in 1960 when his football coach took his football team to a local gym. At the age of 14, he opted bodybuilding over football as a career and at the age of 17 officially began his competitive career. Arnold met former Mr. Austria "Kurt Marnul" in 1961, who invited him to train at the gym in Graz. Arnold served in the Austrian army in 1965 to complete the one year of service required for all 18-year-old Austrian men. Amid his army service, Arnold won the Junior Mr. Europe competition. Later that year, he entered another bodybuilding competition in Graz, at the Steirerhof Hotel, where he finished second.

Arnold was voted as "Europe's best-built man", which made him famous in bodybuilding circles. Arnold made his first trip to London in 1966 to participate in the NABBA Mr. Universe competition. He won the title for the first time, becoming the youngest Mr. Universe in 1967, at the age of 20. Arnold acquired his first Mr. Olympia title in New York in 1970. Arnold gained worldwide acclaim as a Hollywood action film icon, and his films are Conan the Barbarian, Commando, The Running Man, Predator, Twins, Total Recall, Kindergarten Cop, True Lies and The Terminator Series.