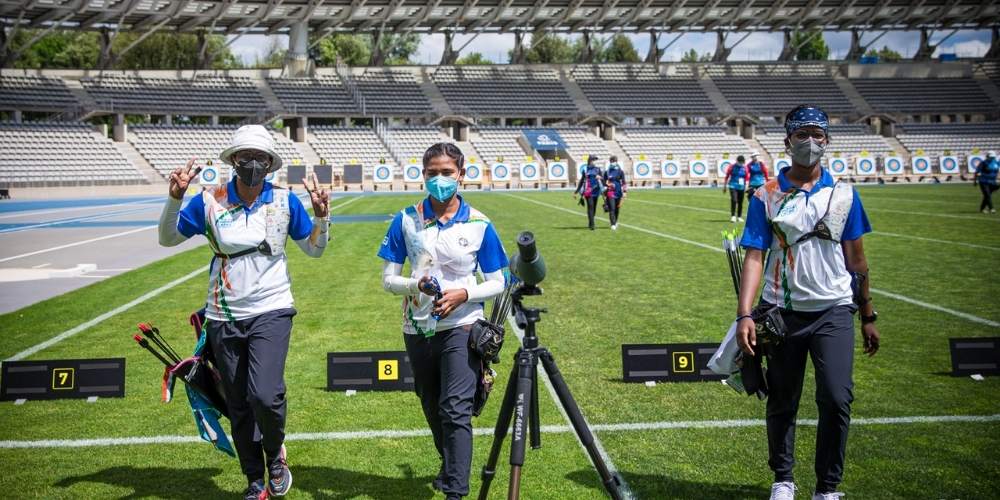 The World Cup champion Indian women’s recurve team failed to get the quota for the Tokyo Olympics after losing to lower-ranked Colombia in Sunday’s final qualifiers.

This was the last chance for Indians to increase the number of their single women’s quota place to a team invitation in Tokyo, but they failed to do so.

Deepika Kumari will now be the only participant in the women’s section of the Tokyo Games. She will be competing at her third consecutive Olympics.

India has already secured the men’s team’s quota for the Olympics at the 2019 World Championships in Den Bosch, Netherlands.

The sophisticated Indian women’s team had to finish in the top three of 28 players to break through but lost in the first round with a disappointing performance.

The World number three trio Deepika Kumari, Ankita Bhakat and 19-year-old Komalika Bari, who won gold in the first stage of the World Cup in Guatemala two months ago, could not win a single set against Colombians 0-6 and lose the opportunity to qualify for the Tokyo Olympics.

Under pressure, the Indian women’s team played a shocking 49, including a poor 5, and lost the second set by a two-point lead.

The Colombians didn’t look back as they tackled the problem in style in the third set with two more perfect tens, including one X.

India had a perfect start earlier: in the morning on Sunday, Deepika showed the best individual result with 674 points, finishing second behind Mexico in the qualifying round and immediately advanced to the second round.