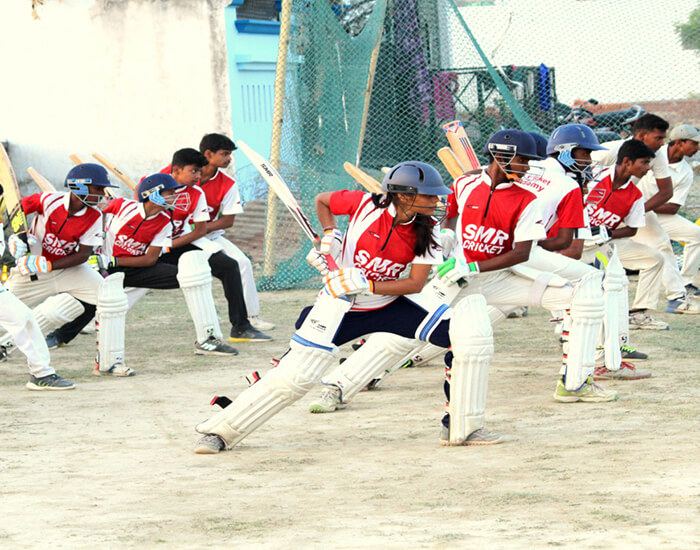 India is a cricket-loving nation, and most of the youth have dreams to play cricket at international level. Then, what’s the problem? We have good academies, but the high fee structure impedes players to learn there. This thought struck the mind of a young cricket player Mr. Samar from Lucknow and encouraged him to open SMR Academy to provide quality cricket training, world-class cricketing infrastructure, and opportunity to learn from experts. The academy also sponsors deserving and dedicated players with sports goods so that no potential is neglected in lack of sourcing and funding. Although it wasn’t a cup of tea for him but his sincere efforts paid him off and today they are doing very well. After knowing the story of SMR academy, founded with sincere efforts to help young athletes, Sportsmatik.com decided to share this with all. Let’s have a look on the pieces of conversation between Mr. Samar and the team of Sportsmatik.com.

From a cricket player to a successful founder. How was your journey? 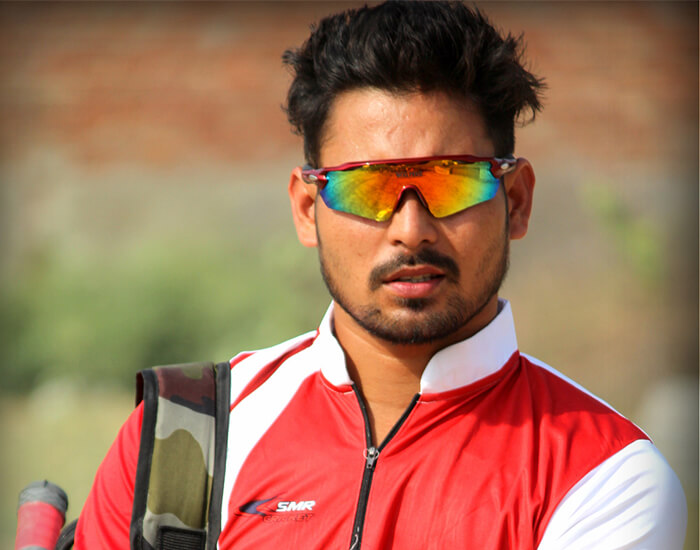 Cricket has always been my passion. I started playing cricket in 2012. I used to practice cricket at home by watching videos of great players and tried to impersonate them. My hard work paid me off when I got the chance to perform at the district level in 2016. In my career, I played total 29 live matches (overall more than 200 matches) including the zonal, mandal level, NCL (National Cricket league), APL (Asian Premier League) and U-19 district level in Nepal. But right now, I am focusing much on training the burgeoning stars of the nation.

Why did you decide to open SMR? Tell us the idea of founding SMR Cricket? 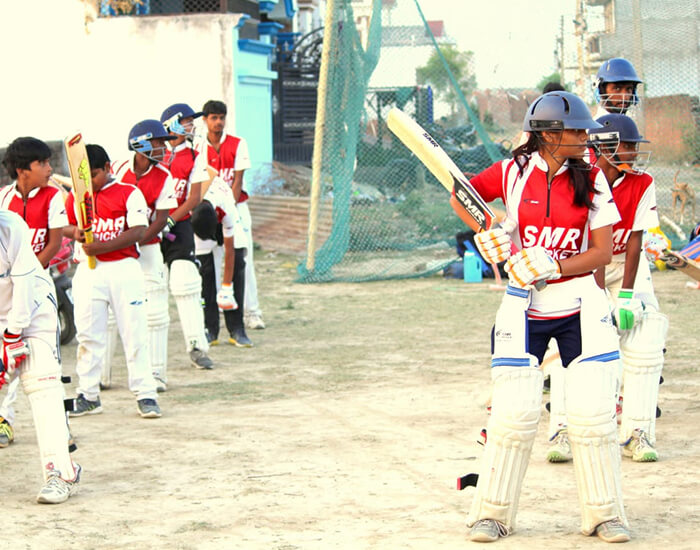 Nowadays, academies and clubs work by money and glam. Cricket is an expensive sport to learn. The equipment, uniforms and other things cost extensively high. Even a single pair of gloves cost more than 1000 bucks. During my practice sessions, I used to train my juniors to perform well. They were so impressed with my training skills that they suggested me to open an academy. So I gave it a thought and soon formed a team that later on transformed to a club and finally founded SMR Academy.

What kind of facilities are you providing at your academy? 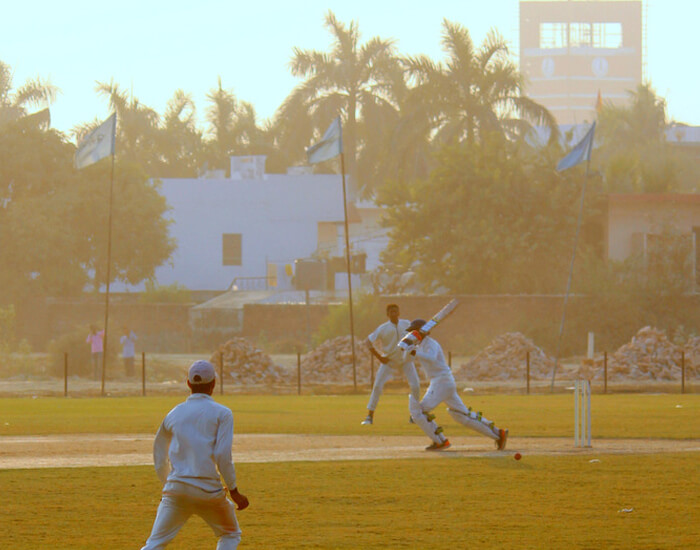 Initially, we didn’t have many facilities to train players properly. We met thousands of players who have calibre but didn’t get proper equipment and protective gears to practice. They wanted to learn cricket under the guidance of skilled coaches, and this academy could be the right place for them to learn. Our efforts for a good cause proved to be fruitful, and we got able to purchase training equipment like bowling throwers, machines, headers, trailers, cones etc. to provide a proper training environment. At present we have almost every facility for children to practice cricket.

What made you think to sponsor players and how do you manage that?

After founding the academy, we realised that the prime barrier in the career of potential and deserving players is the financial crisis due to which most of them quit practising. As the academy wanted to highlight every skilled player of the nation, we decided to help such players first. So we opened a Goods manufacturing company-SMR World. The profit we get by selling Goods is consumed in sponsoring players who are actually in need. Our company supplies goods all over India and also to Sri Lanka and Nepal.

First, we organise trials through which we get potential players. Based on the recommendation of coaches, we conduct the second round of trial and finally filter players. Apart from this, players who want to have sports career and work hard day-night for their dreams are also welcomed by us, and we provide them all the possible facilities so that they can transcend in their performance. The Goods we provide to our players below the age of 19, costs around 35,000 that exceed 40,000 if they are practising at our academy.

How do you prepare your players for the big games? 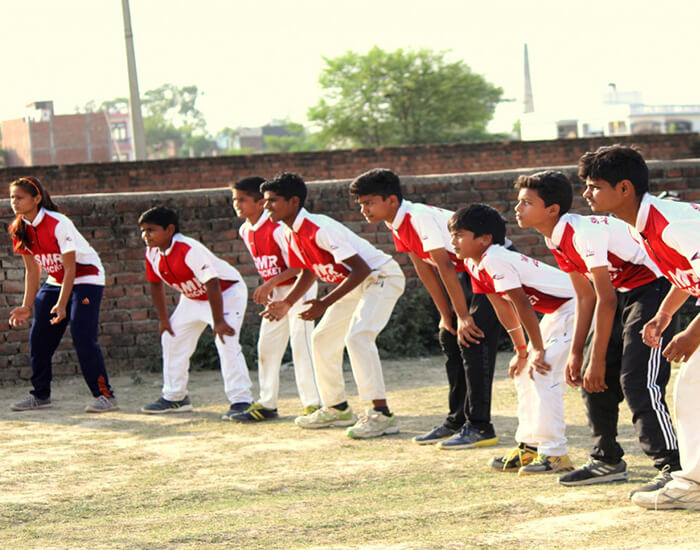 We conduct morning as well as evening sessions according to the convenience of players. We also conduct fitness classes for players to be physically fit for the game and also analyse their practising videos to have a better insight of their performance. We occasionally organise tours to different states through which players may gain more experience and confidence. We also host local tournaments and friendly matches with other clubs and academies to provide a competitive atmosphere.

How many girls are there in your academy? 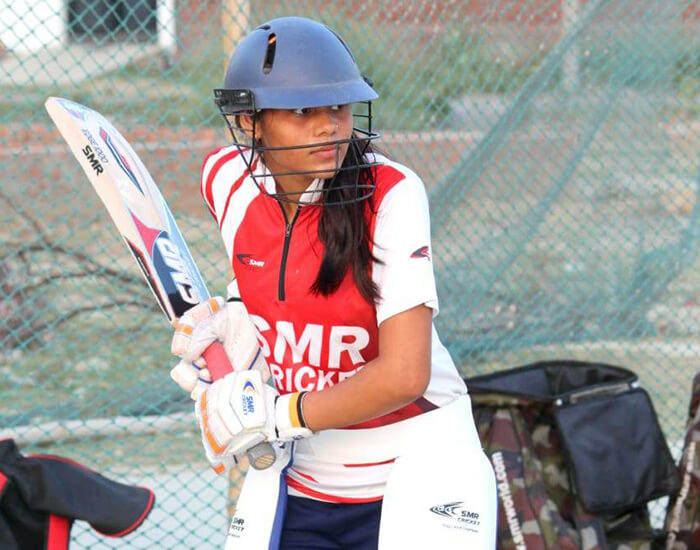 According to the present scenario, the ratio of boys is comparatively more than girls, but we are giving our best efforts to motivate girls to go for the sport. Boys and girls practice together here so that girls may develop more confidence and enhance their potential for big moves. We send our girls for trials at Chandigarh, Maharashtra, Pune, and Vadodara as there they can have better scope.

How many branches do you have?

Currently, we have four branches located in Lucknow, Palia Kalan, Lakhimpur Kheri and Kashipuram, and are preparing to open the another one in Lucknow soon.

Tell us about your future endeavors?

We are positively looking to open at least 30 academies all over India with excellent infrastructure and facilities primarily in cities like Jhansi, Gorakhpur, and Varanasi where there is a need of good academies with skilled coaches so that players belonging to these cities don’t have to relocate for their training. We aim to sponsor minimum 500 players all across the nation till 2019, regardless of whether they are part of our academy. In November, we are going to Goa, and Sri Lanka in December for major level tournaments.

Do you also conduct tournaments at major level? 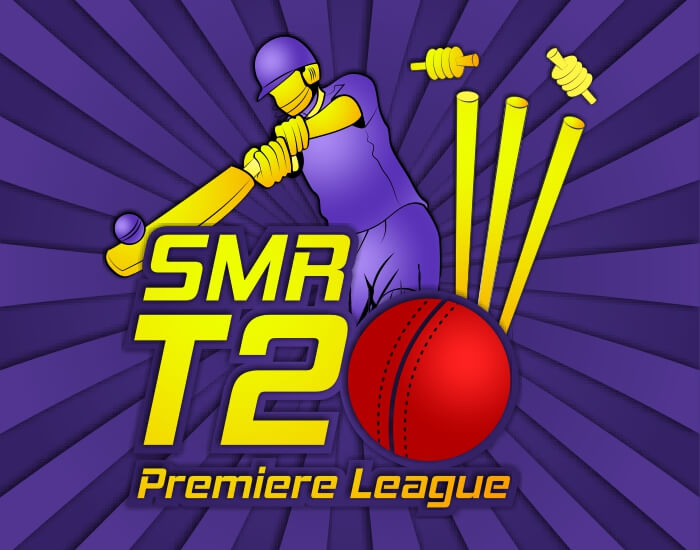 Yes, we conduct tournaments at the major level. We are going to organise Lakhimpur Premier League from 20th September 2018 and SMR Premier T20 League in Lucknow from 5th October 2018, inviting both offline and online crowd.

On what level your students have performed till now? 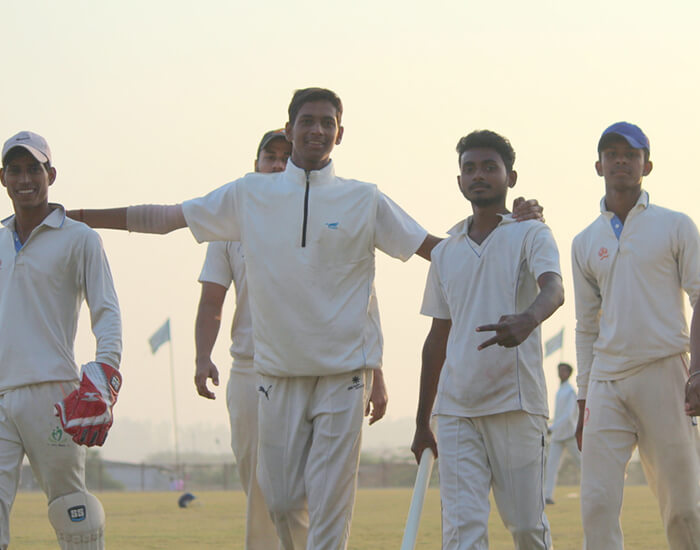 I am much content with the performance of students. They really work hard, giving me a reason to feel proud. Some of our players have performed at the district level and Mandal level. Two of our players Vikas and Vinay have performed in the IPL camp, and that’s one of the most significant achievements of the academy.

Tell us something about your coaches and their training strategy.

We have skilled and professional coaches at our academy to provide the best training to the players. Two of our coaches are serving at the Lakhimpur branch, and other is at Lucknow, having experience of around 15-16 years in their genres. Some of them have even performed at Ranji camp. They toiled hard to train our players and are very supportive. I am fortunate to have such staff that always makes their best efforts to uplift the stature of the academy.

The efforts of Sportsmatik.com to unite all sports fraternities at a common stage is commendable. It will surely benefit athletes with numerous opportunities to perform at big stages. Young athletes will get a career hype and guidance by skilled ones in a smarter way. And, according to me, the best part of this website is that it is working to highlight the efforts of everyone affiliated with sports whether it’s a doctor, a coach, sports agencies and even officials. Some people work as a base for athletes and teams, and their efforts are not appreciated the way they deserve, and I think Sportsmatik.com can help them a lot in highlighting their hidden efforts. I wish all the very best to Sportsmatik.com and hope they may succeed in their mission for the welfare of sportspersons.

Check out the sportsmatik profile of SMR Cricket Academy