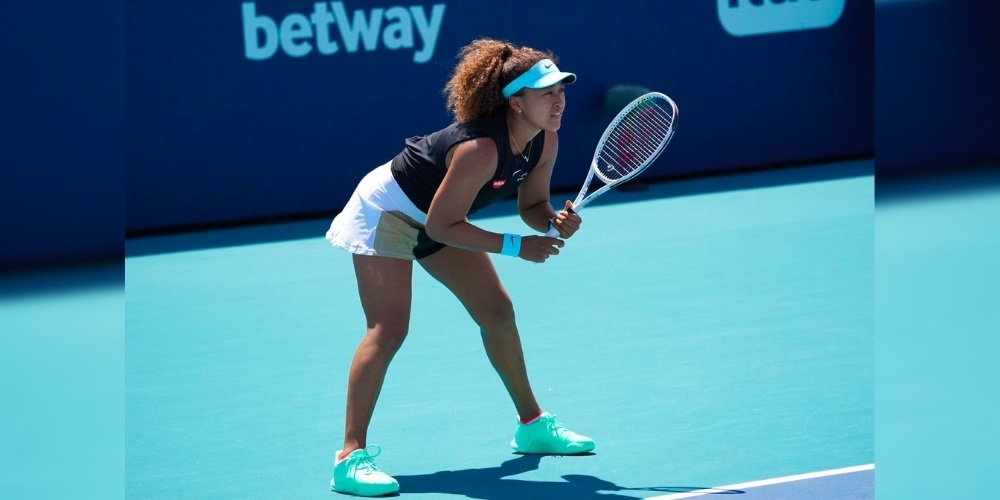 Naomi Osaka dropped out of another tournament that is usually seen as a tune-up event to players preparing for Wimbledon. So it is now unclear if the world No. 2 women’s tennis player will participate in London this summer.

The organizers of the Berlin WTA 500 said in a statement that Naomi Osaka would not play at the event. The tournament is seen as preparation for Wimbledon because it is played on the grass.

“We have received notification Naomi Osaka cannot start in Berlin. Therefore, after consulting her management, she will take a break,” the organizers said in the statement.

Osaka made headlines at Roland Garros last month when she announced that she would not participate in open media throughout the French Open to protect her mental health.

“I’ve often felt that people don’t care about the mental health of athletes, and that rings true when I see or attend a press conference,” Osaka wrote.

But the decision attracted attention and also imposed a $ 15,000 fine from the tournament after Osaka missed its first scheduled press conference after winning the first round.

The French Open’s Twitter account even appears to have tried to denounce Osaka for its decision to deny access to the media. Next to a picture of the other players attending their press conferences, it read, “They understood the assignment.”

Osaka ultimately decided to pull out from the tournament field

“I never wanted to be distracted, and I agree that my timing was not perfect, and my message could have been clearer,” Osaka stated. “More importantly, I would never oversimplify mental health or use the term lightly.”

Since then, Naomi has received a wave of support from the sports world: Serena and Venus Williams, John McEnroe and Michael Phelps have come forward in her defense.

Following Osaka’s withdrawal from the French Open, the combined management of the four Grand Slam tournaments also issued a statement of support.

“On behalf of the Grand Slam tournament, we want to offer Naomi Osaka our support and assistance in any way possible, as it takes time off the court,” the statement said. “She is an exceptional athlete, and we look forward to her return as soon as she deems it appropriate. Mental health is a very complex issue that deserves our very close attention. It is both complex and personal, as what affects one person does not necessarily affect the other.”

“We thank Naomi for sharing the pressure and anxiety she is experiencing in her own words, and we empathize with the unique pressures that tennis players may face,” the statement said.

While Osaka’s absence from next week’s Berlin tournament doesn’t necessarily mean she’s going to miss Wimbledon, it’s noteworthy that she’s missing out on a chance to practice competitive grass play.

After Wimbledon, Osaka’s next ample opportunity is likely to come from the Tokyo Summer Olympics, where she could represent Japan as one of the most famous female athletes in the host country.