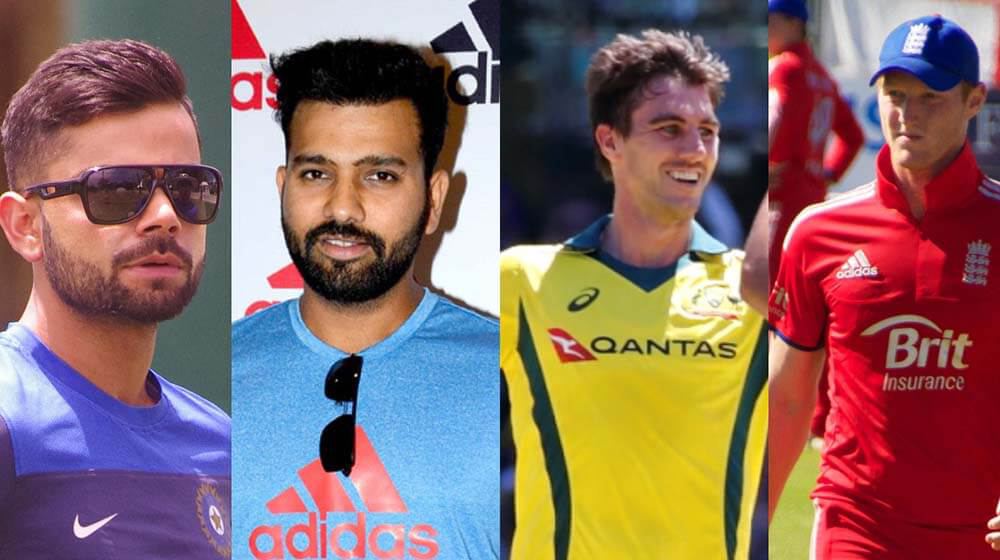 ICC has announced the winners of annual awards of the year 2019 in which Rohit Sharma is chosen as the ODI cricketer of the year 2019 while Australian pacer Pat Cummins walked away with the Test Cricketer Award. England all-rounder Ben Stokes won the highest honour - the prestigious Sir Garfield Sobers Trophy for Cricketer of the Year, but Virat Kohli did not go empty-handed at the annual event as he won the “Spirit of Cricket” award. Indian bowler Deepak Chahar won the T20I Performance of the Year award for his incredible 6/7 figure in the T20I against Bangladesh in November.

"It is quite flattering to win the Sir Garfield Sobers Trophy for ICC Men's Cricketer of the Year. The last 12 months have been unbelievable for England cricket and lifting the ICC Men's Cricket World Cup for the first time was our greatest achievement." Ben Stokes said after receiving the award.

Meanwhile, Rohit Sharma felt grateful to be recognized at the ICC Awards.

"It's great to be recognized that way. We are delighted with the way we performed as a team in 2019. We could have done better, but we have a lot of positivity and a lot to look forward to in 2020", Rohit Sharma said after receiving the ODI Cricketer of the Year award.

Virat Kohli won the ICC "Spirit of Cricket" award for his heartfelt gesture towards Steve Smith, asking fans not to boo him during the 2019 World Cup group game and also he is named as the captain of both ICC's ODI and Test teams of the Year.

ICC Men's Cricketer of the Year:

David Shepherd Trophy for Umpire of the Year: