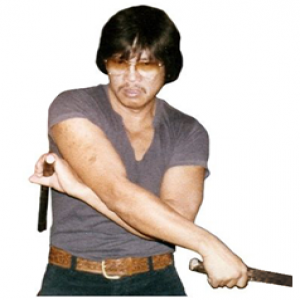 Presas was the son of Jose B. Presas who was a businessman and the former Lucia Amador. He began studying for Arnis at the age of six with his father and grandfather, Leon Presas. When Presas was fourteen year old he had his first stick fighting match with a Siniwali master in which he knocked out him with one stick hit. Soon he started travelling across the Philippine Islands to learn from other masters and to compete in stick-fighting competitions and many street fights. Moreover, Presas was eventually focused on “Balintawak” style of stick fencing, but earned a 6th degree black belt in Shotokan Karate and a black belt in judo.

Later in 1968, Remy received an offer to spread Arnis in Manila. Remy was quite interested in the offer as he knew that Arnis is not only for region but it is for the whole country. He could not deny this offer as this was not less than a dream come true to spread the martial art not only in a region but throughout Philippines which would help it gain popularity as well national appreciation.

In 1969, he brought his family to Manila and established a gymnasium in the heart of the commercial district. He founded the National Amateur Karate Organization (“NAKO”) and Modern Arnis Federation of the Philippines (“MAFP”) and even taught in various universities and colleges in Manila. He also instituted a ranking system with Modern Arnis to identify the ability level of each student: likas (green belt), likha (brown belt) and lakan (black belt). Remy also issued certificates of rank and began using the title “Guro” which spread throughout the Filipino Martial arts circles. Presas also developed the “Arnis Uniform”.

Later in 1970, Remy traveled to Japan and introduced Arnis to the Itago Police Academy, earning the admiration of the Japanese Police authorities. Remy also traveled to US to give demonstration in American martial art clubs. Soon, Arnis became a friendly competition between clubs.

Besides being the founder and president of the MAFP and NAKO, he was elected as the Vice-President of the Philippine Arnis Association whose president was former Senator Rene Espina, also an Arnis aficionado.

After digging deep into the 27 years of research and practice of the art, Remy decided to publish a book to make the whole world know about the martial art. He named the book “Modern Arnis” as it included the early style and techniques of the art with a touch of modern form.

Presas passed away on 28, August 2001 in Victoria, British Columbia, Canada from brain cancer.