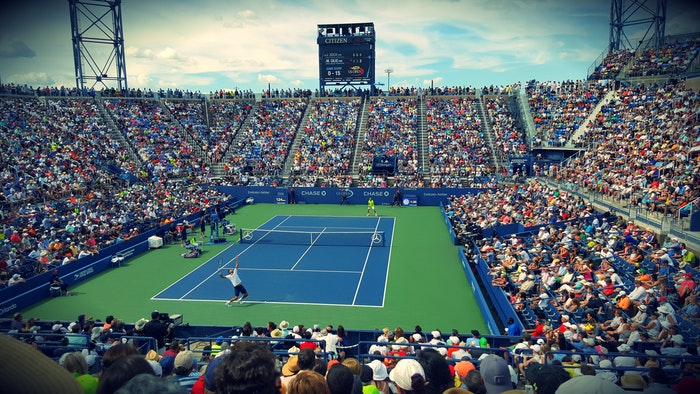 The 2019 Australian Open is a Grand Slam tennis tournament that will take place at Melbourne Park, from 14 to 27 January 2019. It will be the 107th edition of the Australian Open, the 51st in the Open Era, and the first Grand Slam of the year. The tournament will consist of events for professional players in singles, doubles and mixed doubles. Junior and wheelchair players will compete in singles and doubles tournaments. As in previous years, the tournament's main sponsor is Kia.

This will be the first Australian Open to feature final set tie-breaks, which will be introduced in all match formats. When the match reaches 6-6 in the final set, the first player to score 10 points and be leading by at least 2 points wins the match.

For the first time in the men's competitions, a 10 minute break for the heat will be allowed after the third set.

*Please note: This schedule & format is provisional and is subject to alteration without notice (e.g. the starting time may change if extreme heat is forecast, or the tournament is behind schedule).

Junior matches on outside courts Saturday 19 January onwards, may start up to one hour earlier than above stated outside court start time.

Singles events quarterfinal matches are proposed to be scheduled for Tuesday 22 January and Wednesday 23 January.

For the night session, Rod Laver Arena and Margaret Court Arena doors will not be opened for patron access before 6:30 pm for 7:00 pm sessions, and 7:00 pm for 7:30 pm sessions, or less than 30 minutes after the conclusion of the day session, whichever is later.