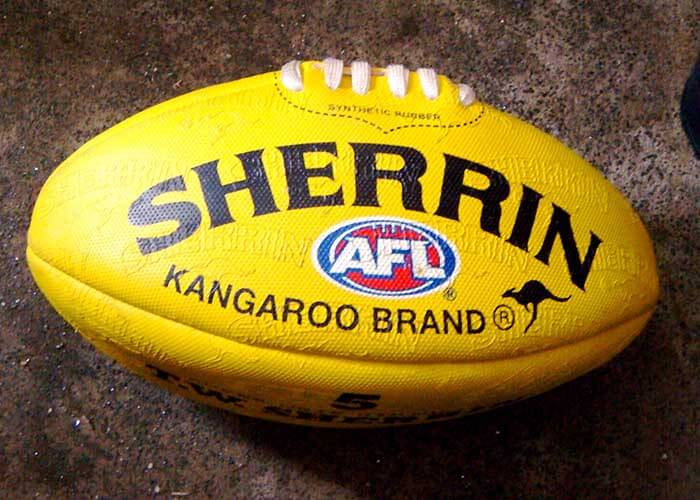 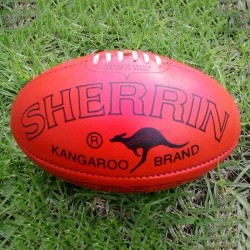 Undoubtedly, football is the most popular sport worldwide and is played in various countries with separate rules. One such variant is the Australian football where the players kick the ball between the two goalposts. The Sherrin brand's football is considered as the official Australian Football League game ball. The football balls have a symmetrical oval shape with a circumference ranging from 720 to 730 mm and 545 to 555 mm transverse circumference. The ball is further inflated to a pressure of 62 to 76 Kpa. These balls highly resemble the balls used in rugby but are slightly smaller and more rounded at the ends. During the league matches, red balls are preferred for the daytime events and yellow for the night matches.

The first Australian football match featured an English-made rugby ball in 1858. In 1879, Sherrin modified the leather rugby ball by patching and repairing it at the ends. By this way, the balls became the first to be made specifically for Australian Rules Football matches.

The Sherrin footballs are constructed with cowhide lined with machine-stitched in Melbourne, Australia whereas other sized models are manufactured in India or China with the aid of synthetic rubber. Thomas William Sherrin invented these balls in 1880. The Sherrin balls feature less pointy ends as compared to traditional rugby balls used in Australian Rules Football matches. These new balls had a better bouncing tendency and aided in more consistent movements too.

In 1971, Sherrin introduced their first yellow leather football that offered better visibility in the night matches. With the advancing technology, the football underwent a revolutionary modification with the introduction of the first fluorescent ball. In 2009, Sherrin’s fluorescent balls were launched for club training programmes at night. Later in 2018, silver leather game balls were trialled in AFL takedown AFLX. 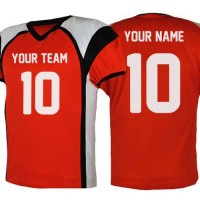 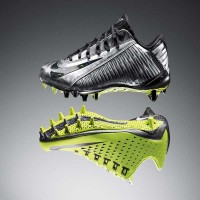