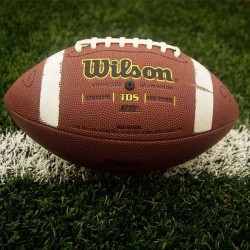 Traditionally, a rugby ball was known as a "quanco". The ball has a unique shape as compared to other ball games. It has an oval or more specifically an elongated ellipsoid shape. There are three primary variants of rugby balls; recreational, training and match balls. Each of the balls has their separate all-weather variants. The quality of the balls determines whether it is to be used in training or in an official tournament. The balls composed of various dimples and bumps on the surface, which provides adequate grip to the athletes. The World Rugby along with the Rugby League International Federation regulates the official rules for the rugby ball’s size and measurement.

Size and Measurement of the Rugby Balls

The rugby balls are manufactured from natural rubber or synthetic materials along with four leather panels. The balls have the air pressure varying between 65.71 to 68.75 kilopascals (0.67 to 0.70 kg per square centimetre). The shape of the ball plays a crucial role in the performance, and hence for maintaining it, polyester is widely used. While manufacturing rugby balls, an inflatable latex bladder with a valve is used. It is laid first in the interior, over which the outer materials are sewn. The entire ball is stitched with polyester threads by hands. After stitching, it is coated with wax to increase strength and durability. It also aids in making the balls water-resistant.

Evolution of Rugby Balls through the years

Richard Lindon and William Gilbert were the first to make balls for rugby school. They used four-panel leather casings and pigs' bladders and hand-stitched them all-together. The pig’s bladder contributed to the oval shape which later became the trademark of rugby balls. However, the size of the ball varies a lot, depending on the size of the animal’s bladder. To overcome the problem, Lindon used Indian rubber bladder instead of animal bladders. By the 1880s, many manufacturers inspired by Lindon started using rubber and inflate them with air syringes.

According to the 1892 rules, the balls can be 11 to 11.25 inches long with an end to end circumference of 30 to 31 inches and an in-width circumference of 25.50 to 26 inches. In 1892, the RFU declared the oval-shape of the balls as a mandate. In modern times, the balls are manufactured from synthetic materials, especially to make them water-resistant. The synthetic balls had a more comprehensive application than the traditional leather balls and can be used on wet surfaces. It led to totally banishing of the leather balls. The new balls are more durable, lighter and consist of a better grip.