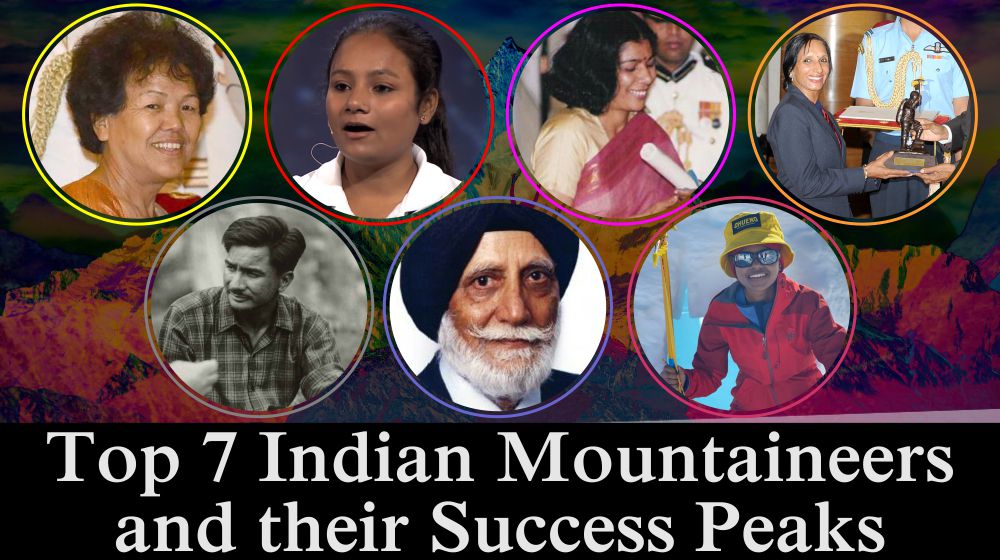 With high altitudes, sky touching peaks and tough summits, mountain climbing is undoubtedly the most dangerous and toughest sport till date. The activity has plenty of hard as well as daring aspects, including the energetic competitive (sport) and recreational forms. India has a fair share of Rocky Mountains in its geographical map. The northeast part of the country has a vast Himalayan range. These mountains are high enough to have permanent snow-covered on the summits. The country has also produced some of the finest mountaineers from the last ages. Let’s have a look - 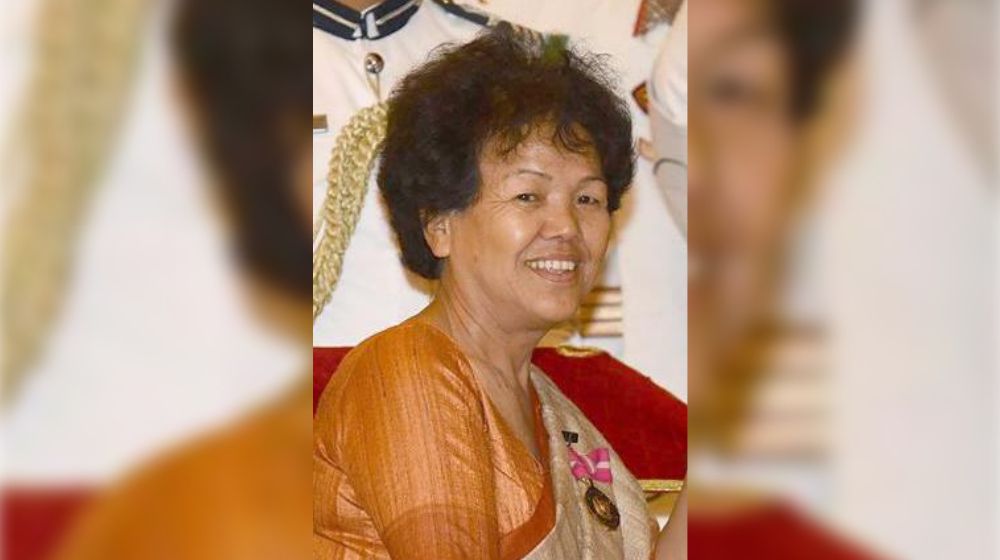 You have to give up the attitude of giving up to survive and fight in life, be it climbing a mountain or fighting for own sense of security’’. This was Bachendri Pal’s statement after her successful summit to the Mount Everest.

Bachendri Pal, born on 24 May 1954, hailing from a village in the Himalayas in Uttarkashi, is an Indian mountaineer who has broken all the stereotypes and successfully climbed the Mount Everest in 1984. At the tender age of 12, she, along with her friends, scaled a 13,123 ft. high peak. She was the first female who has enrolled in the Nehru Institute of Mountaineering and during her course, she successfully climbed Mt Gangotri 1 which is 21,889.76 ft. and Mt Rudragaria 19,091 ft. After summiting plenty of smaller peaks, she became the first Indian women to summit Mount Everest in 1984.

She has also been conferred with various awards and accolades - 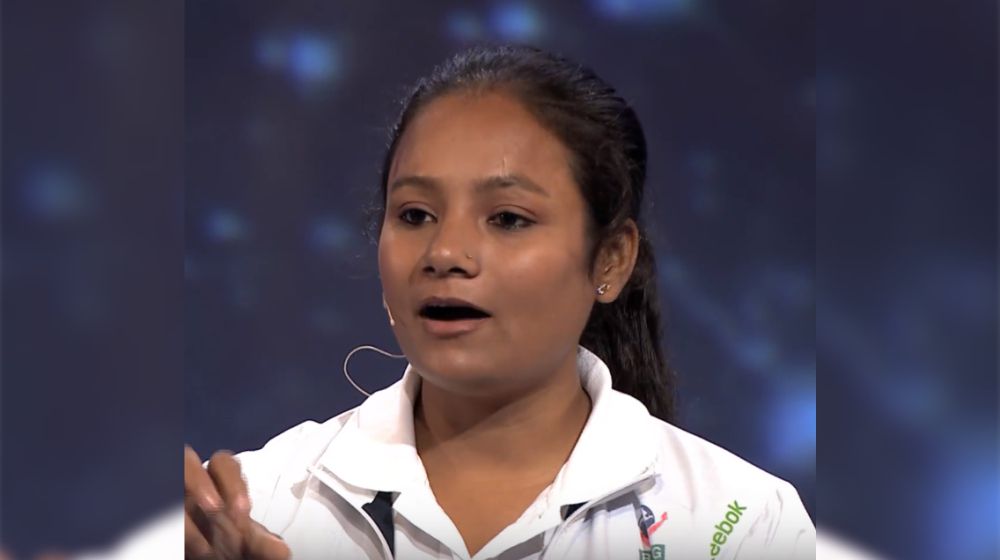 Arunima Sinha is an apt role model who has turned her can’t into can very gracefully. The former Indian volleyball player was born on 20 July 1989 in Ambedkar Nagar, Uttar Pradesh. From childhood, playing sports was her favourite activity. She was a national volleyball player, but her life completely changed in 2011. On 12 April 2011, she boarded an express train, where some robbers pushed her from the running train. After which she fell on the railway track and another train from parallel track crushed her leg completely. With serious damage in the leg and pelvic region, doctors amputated her leg to save her life. Her life was filled with dismay after this incident & she has to use a prosthetic leg. But this didn’t deter her courage and she decided to become a mountaineer.

She contacted Bachendri Pal & after that joined the basic mountaineering course from Nehru Institute of Mountaineering. During her preparatory phase, she climbed Island Peak in 2012, which is 6150 m.

She has climbed the highest peaks of all the continents and hoisted the national flag of India there. She has summited Mt Everest in Asia, Mt Kilimanjaro in Africa (5,895 m), Mt Elbrus in Europe (5,642 m), Mt Kosciuszko in Australia (2,228 m), Mt Aconcagua in Argentina and Carstensz Pyramid in Indonesia. She has also summited Mt Vinson in Antarctica in January 2019. She is the first female amputee from India to summit the Mount Everest and Mount Vinson.

In 2015, Arunima was awarded Padma Shri by the Government of India. She was also awarded Tenzing Norgay Highest Mountaineering Award, which is equivalent to Arjuna Award in India. She also wrote the book "Born again on the mountain" in 2014, which has motivated a lot of people. 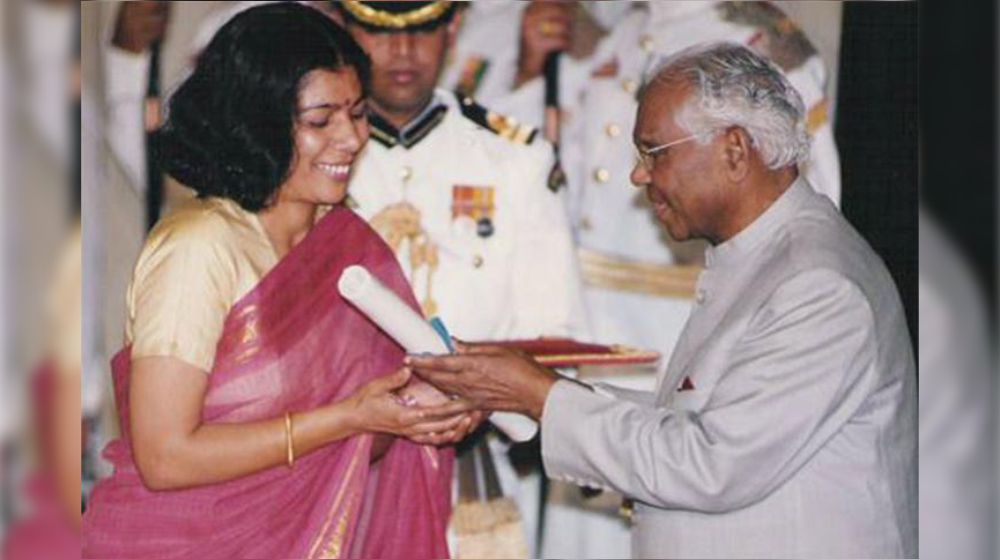 Santosh Yadav, born on 10th October 1967 in Haryana, completed her graduation in 1987 and obtained her NCC ‘C’ Certificate in the following year. She did the Basic Mountaineering Course from the renowned Nehru Institute of Mountaineering (NIM) in 1986 and then the Advanced Course as well.

At the age of 25, she summited Mt Everest, becoming the youngest woman in the world to achieve it in 1992. In the next year 1993, she scaled the Everest for the second time. During her Everest climb, she won hearts by saving the life of her fellow climber, Mohan Singh by sharing the oxygen cylinder. She also holds the record to be the first woman in the world to climb Mt Everest twice and even the first woman to successfully climb from the Kangshung Face. On 30 March 2000, the honourable President of India bestowed her with the Padmashri award. Her twice summit to the highest peak of the world has listed her name in the Guinness Book of the World Records in 1994. 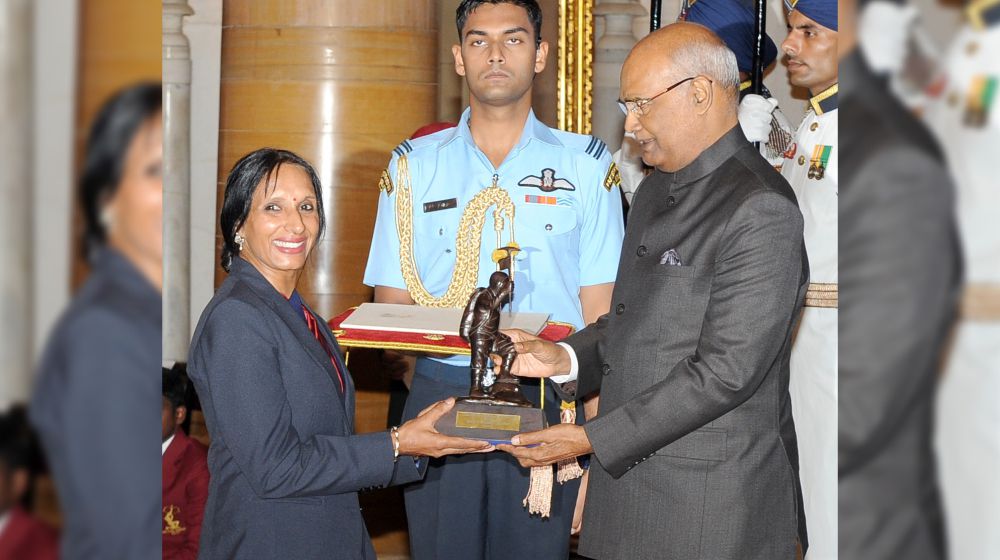 "Age is just a number", this is a famous saying, but it was Premlata Agarwal, who proved it right and scripted the history by becoming the oldest Indian woman to scale the Mt. Everest at the age of 48 in 2011. Premlata is the first Indian woman to scale Seven Summits which are the seven highest continental peaks in the world. She was born in 1963 in Darjeeling, West Bengal. She started mountaineering at the age of 36 years and was trained and mentored by Bachendri Pal.

In 2004, she took part in an Island Peak Expedition in Nepal which is 20,600 ft high, then summited the Karakoram Pass at 18,300 ft and in 2006 she scaled Mt Saltoro Kangri 20,150 ft. The brave-heart also participated in the First Indian Women’s Thar Desert Expeditions in 2007 and 2015. Her name is also listed in the Limca Book of Records for her tremendous achievements. 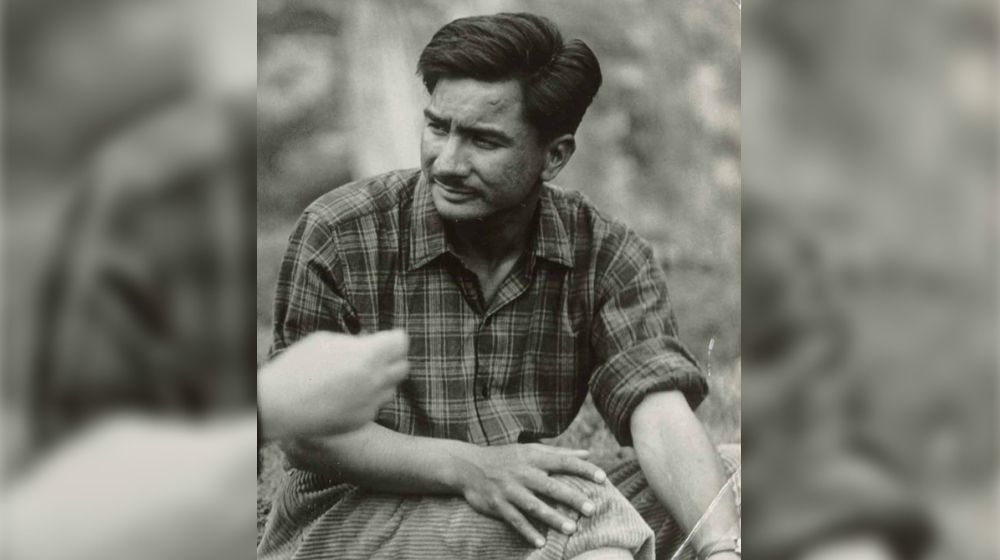 Major Narendra Dhar Jayal was an officer in the Bengal Sappers and the Indian Army Corps of Engineers. The legendary mountaineer of the nation is also referred to as the "Marco Polo of Indian Mountaineering" as he had pioneered and patronized mountain climbing. He was born on 25 June 1927, and at the age of 16, he scaled the Awar Valley in Uttarakhand. He also climbed the Trisul peak with his teacher Gurdial Singh, who was also an eminent mountaineer. In 1948, Jayal went to Switzerland to receive the Ski Teacher’s certificate. He was also appointed as a Chief instructor at the Winter Warfare School. In 1950, he organized the first Sappers summit to Bandarpunch which has an elevation of 6,316 m. He also carried out a strategic reconnaissance of the Garhwal Himalayas in 1950-1951. He also scaled the Karakoram mountain range where he conquered Saken (24,130 ft) and Sakang (24,150 ft) in 1957, the third-highest peak in the Karakoram Range. The legendary mountaineer died due to pulmonary oedema on the expedition at Camp I to Cho Oyu (28,867 ft) in 1958.

On his death, the then Prime Minister of India Pandit Jawaharlal Nehru paid tribute to Jayal & said -

Major has set an example of courage and adventure which should inspire our young people. The news of his death came to me as a shock and I feel that the country has suffered the loss of her finest mountaineer. 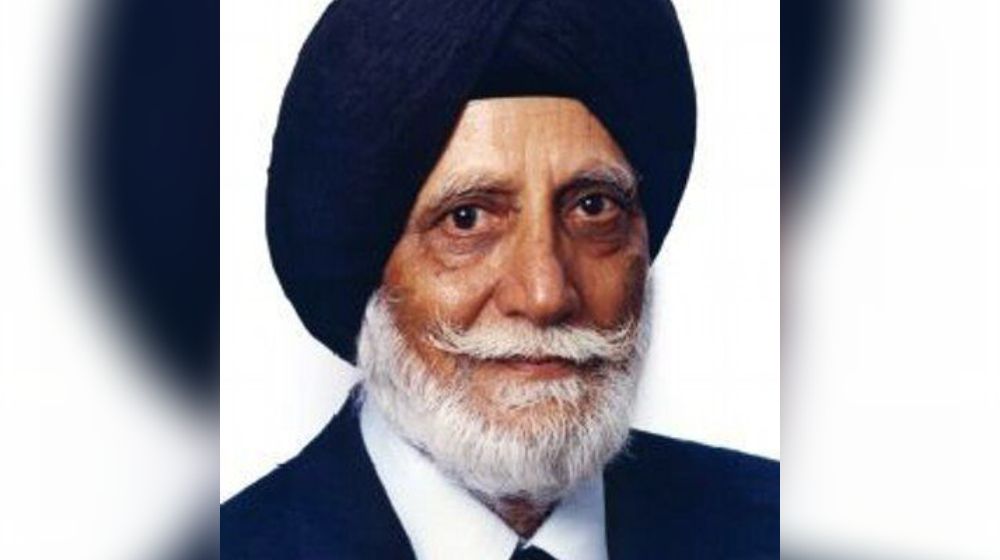 Captain Manmohan Singh Kohli was born on 11 December 1931 at Haripur, Punjab (currently in Pakistan). He is an internationally renowned Mountaineer and is famous for his best leadership during the Indian Everest Expedition in 1965. His achievement made the whole nation proud when he led 9 climbers in reaching the summit of Mt Everest, a world record which India lasted for 17 years. This led to an unprecedented move by the Indian Government to award Arjuna Award and Padma Bhushan / Padma Shree to the whole team immediately. Kohli co-founded the Himalayan Environment Trust in 1989. He was awarded IMF Gold Medal as well as Nishan-e-Khalsa by the Punjab Government. Delhi Government also awarded him the Most Distinguished Citizen of Delhi award. 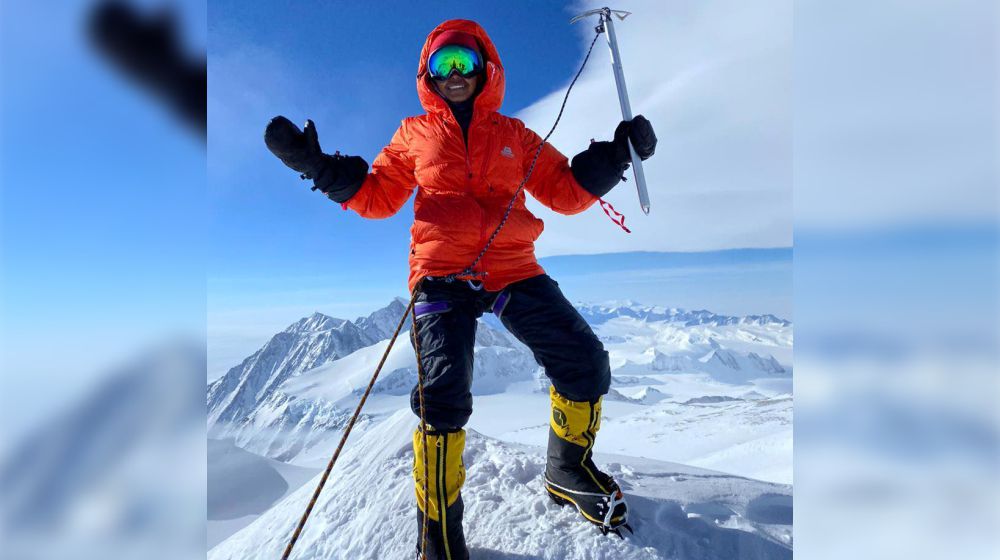 The ace Indian mountaineer Poorna Malavath was born on 10 June 2000 in Tadvai village, Telangana. Her talent was spotted by Dr. RS Praveen Kumar and was trained in the Himalayan Mountaineering Institute in Darjeeling, West Bengal. At the age of 13years & 10 months, she scaled the highest peak of the world, Mt Everest, on 25th May 2014 and became the youngest girl from India to reach the top. In 2017, she scaled Mt Elbrus, which is the highest peak in Europe. During her preparation for climbing the Everest, she successfully trekked through the mountains of Ladakh and Darjeeling. Her initial struggles have led her to outshine her path of success. Her inspirational story has motivated a lot of people. A movie named "Poorna: Courage Has No Limit" was directed in 2017 that is a biographical adventure film in the Hindi language, directed by Rahul Bose.