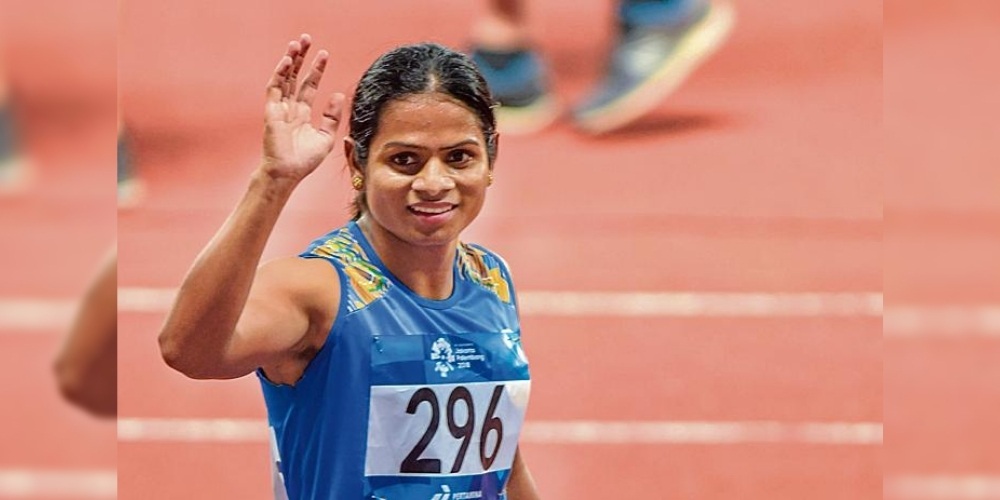 Indian sprint ace Dutee Chand is very optimistic about qualifying for the Tokyo Olympics through the Indian Grand Prix to be held in Patiala on June 21st.

“There will only be one race in the Indian Grand Prix, and my goal is to try and count 11.15 seconds to get the mark here in Tokyo. After qualifying, I have one month to prepare,” Dutee told mid-day during the virtual launch of the jewellery brand on Wednesday.

After the Indian Grand Prix, Dutee will have another chance to qualify for the Olympic qualification in the National Inter-State Championships (June 25-29) also in Patiala. The last date of qualifying for the Tokyo Olympics is June 29th.

Having missed several international competitions due to the global COVID-19 situation, Dutee worked very hard and trained six hours a day at the National Camp in Patiala.

“I started my speed training in February, running 60m, 80m and then 100m. I repeat the 100m run at least six times during my training session. My goal in Tokyo is to run below 11.10 seconds to qualify for the finals,” added Dutee, who won silver medals in the 100 and 200 meters at the 2018 Asian Games in Jakarta.

Finally, Dutee can also enter the Tokyo Olympics through the ranking system. Of the 56 athletes who will compete in Tokyo, 33 will be qualified, and the rest will be selected based on their ratings. Dutee is currently ranked 42nd.