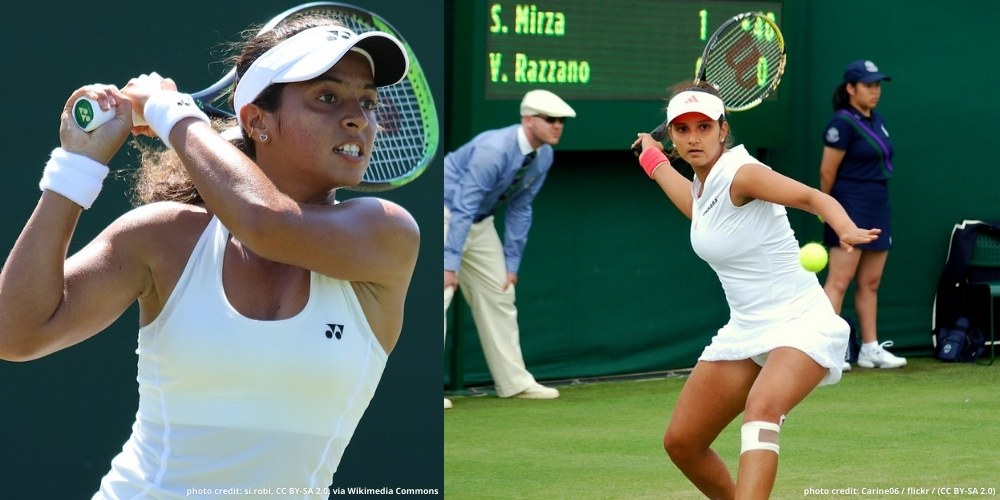 India’s top-ranked woman tennis player, Ankita Raina, announced on Instagram that she would be partner with six-time Grand Slam champion Sania Mirza in the doubles event at the Tokyo Olympics.

Raina confirmed her selection to her employer, ONGC, in an Instagram post on Tuesday. Earlier, there were rumours that Raina’s partner and Mirza were still slowly returning to the circle after the birth of her son.

“With great honour and pride, I inform you that I have been selected to represent India at the Olympics in the women’s doubles category, partnering Sania Mirza. The effort and hard work put in all these years have been fruitful with your invaluable support and encouragement! I take this opportunity to express my immense gratitude to ONGC corporation. I will do my best to make India proud,” said Ankita Raina in a post published by ONGC, her employer.

This will be the 1st Olympic Games for Ankita Raina and the third for Sania Mirza. Mirza has previously partnered with Sunitha Rao at the Beijing Olympics, Rushmi Chakravarthi at the London Olympics and Prarthana Thombare at the Rio Olympics. She will have another new partner at the Tokyo Olympics. However, the Raina-Mirza duo played together in the Billie Jean King Cup.

The two qualified according to Sania Mirza’s injury-protected ranking of number 9. According to the qualifying standard, she can select a doubles partner whose WTA World doubles ranking is in the top 300. Ankita Raina’s ranking in doubles is currently 95, while in singles, she is ranked 183rd. Therefore, the rankings on June 14 will be applicable to pass the cut.

Sania Mirza is expected to partner with Rohan Bopanna in mixed doubles. Bopanna is currently ranked 40th in the ATP rankings. Bopanna is also expected to get the Olympic quota in the men’s doubles alongside Divij Sharan.

In addition, Ankita Raina could also compete in the Tokyo Olympics Singles draw, as she won the bronze medal at the Asian Games. The winner of the gold medal of the Asian Games receives a wild card for the Olympics. However, in this case, both gold and silver medalists - Wang Qiang and Zhang Shuai (both from China) - will qualify for the Tokyo Olympics based on their 39 and 46 rankings, opening the door for Raina’s qualifications.