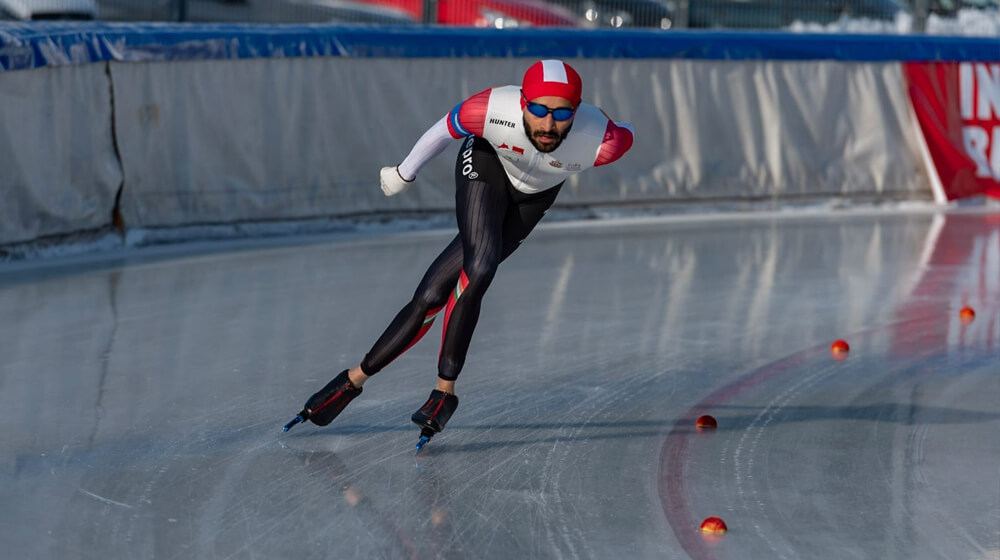 Vishwaraj Jadeja is India's fastest long-distance Ice Speed Skater, who has put India on the map for creating world records in Ice Skating. At a premiere for the Indian sports, he won four medals at the 2020 Winter World Masters Games in Innsbruck, Austria. His tally included 3 silver medals and 1 bronze medal. Vishwaraj won silver in the 3 km, 5 km and 10 km races, while he finished third in the 1 km race and won the bronze. The competition was conducted in very challenging conditions. For example, 10 km and 1 km races were held in rain and snow at temperatures near zero, which can put a lot of pressure on the body.

Speaking later, he said "I competed after a prolonged break from the racing circuit. This year is poised to be a comeback year."

Vishwaraj trains as an elite athlete in the Netherlands and undertakes many adventure expeditions related to ice skating. He has put India on the map for ice skating, but it is not an easy feat.

In January 2019, Vishwaraj set an unofficial world record for ice speed skating (standard Olympic distance) at the highest 5 km distance at Lake Tso Moriri, Leh, one of the world's most frozen lakes at an altitude of 4,500 meters.

He said, "In India, there is no infrastructure for ice skating long track speed skating. For this reason, these medals feel extra special."

These are not the only records that Vishwaraj has on his name. With 65 other national records, he has proved himself to be a master of the sport. Some of his renowned records would be for the Fastest Indian for Ice Speed Skating for the distances of 3 km, 5 km, and 10 km long. Jadeja has also participated in the 2017 Asian Games in all distances. There is another record that he holds is competing in over 200 races for India. Belonging from a family of national-level athletes, Vishwaraj has always been a sports enthusiast. With a particular interest in roller skating, he rose to the level of captaining the Indian national team. Just like every athlete who loves their sport, Vishwaraj had one dream and one goal - to Represent India at the Olympics. Unfortunately, roller skating is not a part of the Olympic Games, and that motivates him to look for similar opportunities to explore it.

Like the 2020 World Masters Games, Vishwaraj is eyeing at the Winter Olympics in 2022 and other international platforms such as the World Winter Games and the Asian Winter Games 2021. He also has several upcoming international races where he will represent India. Besides, he sets his heart on exploring frozen lakes around the world, between altitudes of 4,000 meters - 5,500 meters, starting from the home turf.