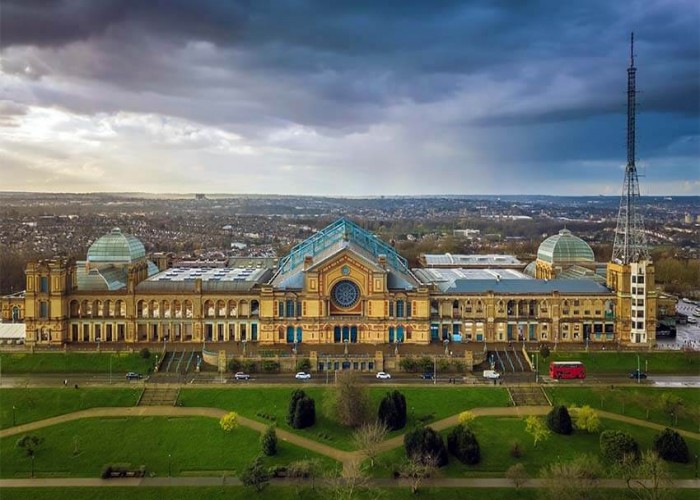 Alexandra Palace is also known as an Entertainment venue with the “Ally Pally” nickname. The stadium got located in London, United Kingdom.

Details About The Alexandra Palace

Alexandra Palace is a historic entertainment venue situated in Alexandra Park, London. Owners of Alexandra Palace opened it in 1873, but due to a destructive fire, John Johnson and Alfred Meeson again rebuilt it in 1875. It is nicknamed "Ally Pally" and was designed as a public centre for education, recreational sports events, and entertainment. The original studios now used to exhibit the old television equipment, located in the south-east wing with their producers' galleries. The structure of Alexandra Palace covers around 7.5 acres. The Great Hall and West Hall are mainly used for exhibitions, conferences, and music concerts. It is operated by the trading arm of the charitable trust, which owns the building and park. It also has a pub, ice rink, and palm court, apart from all these.

The Palace got designed to provide an area for international and national competitions and other kinds of events. The Palace was designed and developed by John Johnson and Alfred Meeson. This place, from the beginning, served as a purpose of recreational program, education, and entertainment.

Alexandra Palace and Park, also used as refuge camp in the both the World Wars. The war lead to influx of refugees from different neighboring countries and this pace was place for them to shelter themselves.