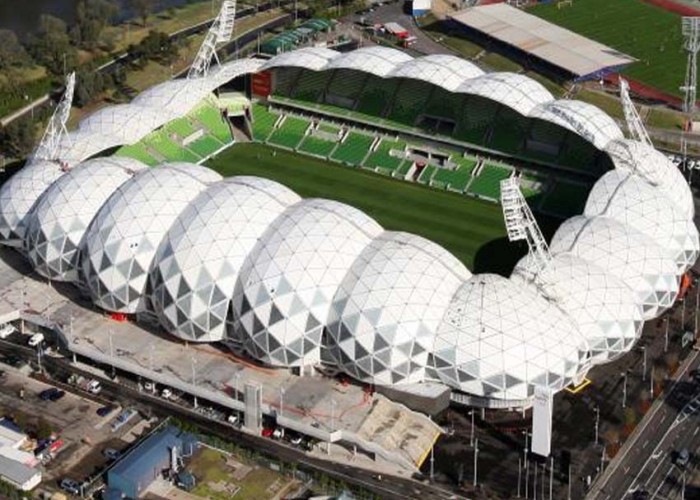 The Olympic Park Stadium (A multipurpose outdoor stadium located on Olympic Boulevard in inner Melbourne) was the Melbourne’s main venue for Soccer, Rugby League and Rugby Union. It could hold 18,500 people, but with only 11,000 seated. It had been the home ground for the Melbourne Storm since they made their debut in the National Rugby League in 1988.

The A-League’s Melbourne Storm (Australian Professional Soccer Club) also used the Olympic Park Stadium from 2005 to 2007 when they switched permanently to the Docklands Stadium.

The Park was known as Melbourne Rectangular Stadium during the initial construction days and later it was named as AAMI Park on 16th March, 2010, in an eight-year sponsorship deal with insurance firm AAMI.

In 2006, the Victorian Government announced that a US$190 million, 20,000 seat,  rectangular stadium would be built and would be the home to NRL team Melbourne Storm and A-League team Melbourne Victory. AAMI Park replaced the Olympic Park Stadium as Melbourne’s home of rectangular sports, with capacity for crowds of up to 30,050 which was later increased.

The self-supporting roof frame that is structurally efficient was constructed from approximately 2,000 triangular panels (made up of a combination of glass, metal and rainwater collection facilities) produced off site and was later transported to on site. These 2,000 shells were made up of 20 individual domes (shells) in which all depend on each other for support. This complex installation required minimal tolerances (the minimum or maximum range of measurements of a product in X, Y, and Z dimensions) of less than one millimeter, which is incredible on a project of this scale.

This heavily constrained site required a significant effort in overall coordination and management of the project. The exterior is covered with thousands of LED lights that can be programmed to display a limitless variety of colors and patterns to suit the event taking place within.

The main aim of the project was to provide a perfect seating bowl, with seats rising to maximize the preferred east and west sides with excellent sightlines.

The AAMI Park is one of Australia’s premier rectangular venues, notably acclaimed for hosting Melbourne’s most celebrated sport and entertainment events.

The campus also incorporates an elite training center and team administrative headquarters as well as public bars, cafes, 24 corporate boxes, a dining room with capacity for 1000 people, a gym and lap pool.

1) AAMI Park is awarded as the World’s Most Iconic and Culturally Significant Stadium, World Stadium Congress 2012.

10) Award for Sports and Leisure Structures, Institution of Structural Engineers 2010

12) Shortlisted for Civic Building of the Year, WAN Awards 2010

18) Winner of the Bentley Award for International Excellence in Parametric Modeling for Structures, 200