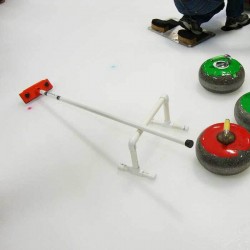 History and Evolution of Curling Brooms

The early Curling Broom manufacturers made the brooms from corn strands that resembled the household brooms. Later in 1958, Fern Marchessault, of Montreal modified the broom by inverting the corn straw at the broom's center. These corn-style brooms were referred to as the Blackjack. Finally, artificial brooms were introduced in the market to increase durability. Two of the artificial broom types are Rink Rat and Scottish Brushes. Later in the 1960s, some professional curlers proved that the Curling Brushes could be as good as the Corn Brooms. So, by the 20th century, the Brush Brooms had completely taken over the Corn Brooms.  Therefore, Corn Brooms are now rarely used by Curlers.

Curling broom is divided into three parts as follows 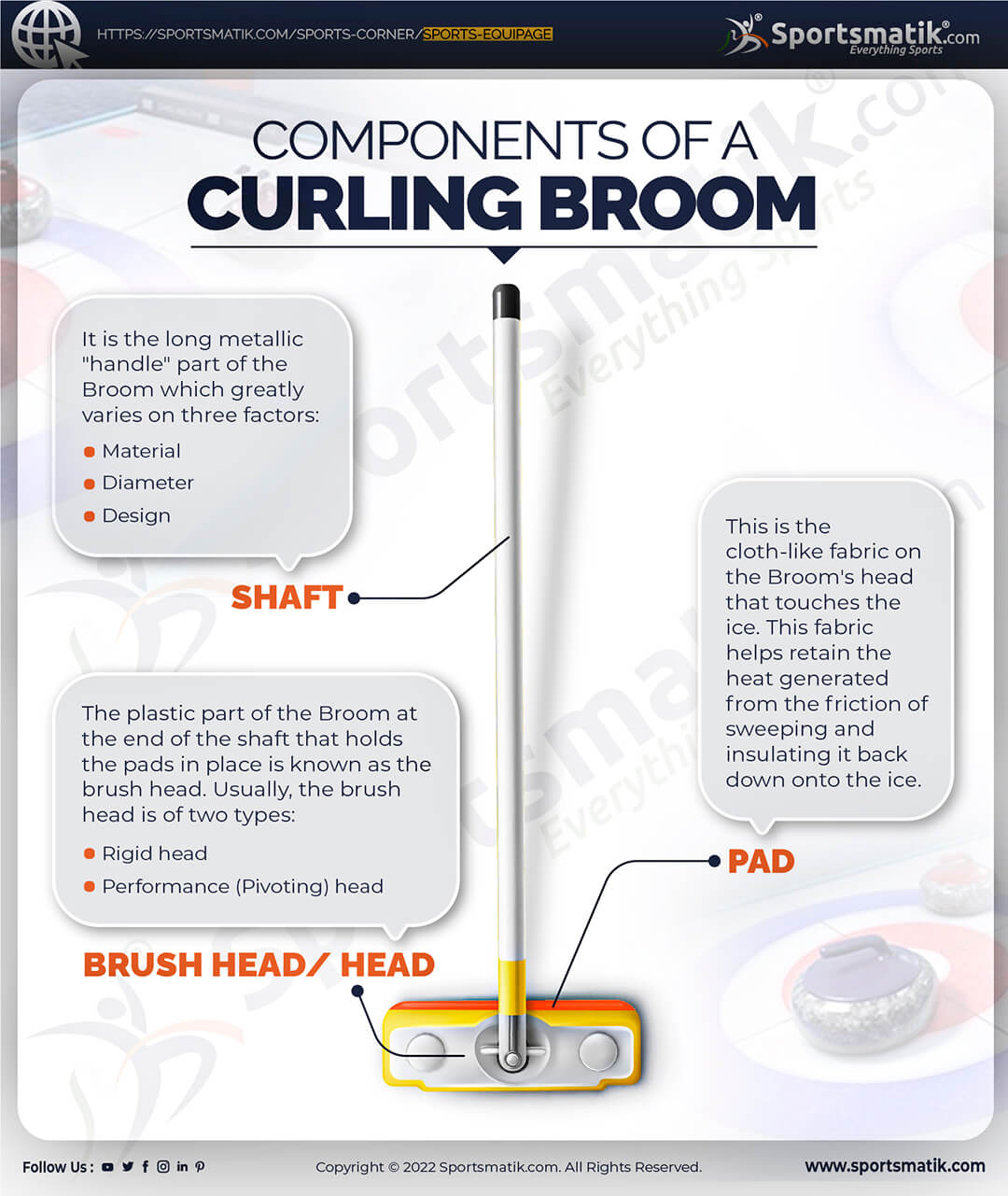 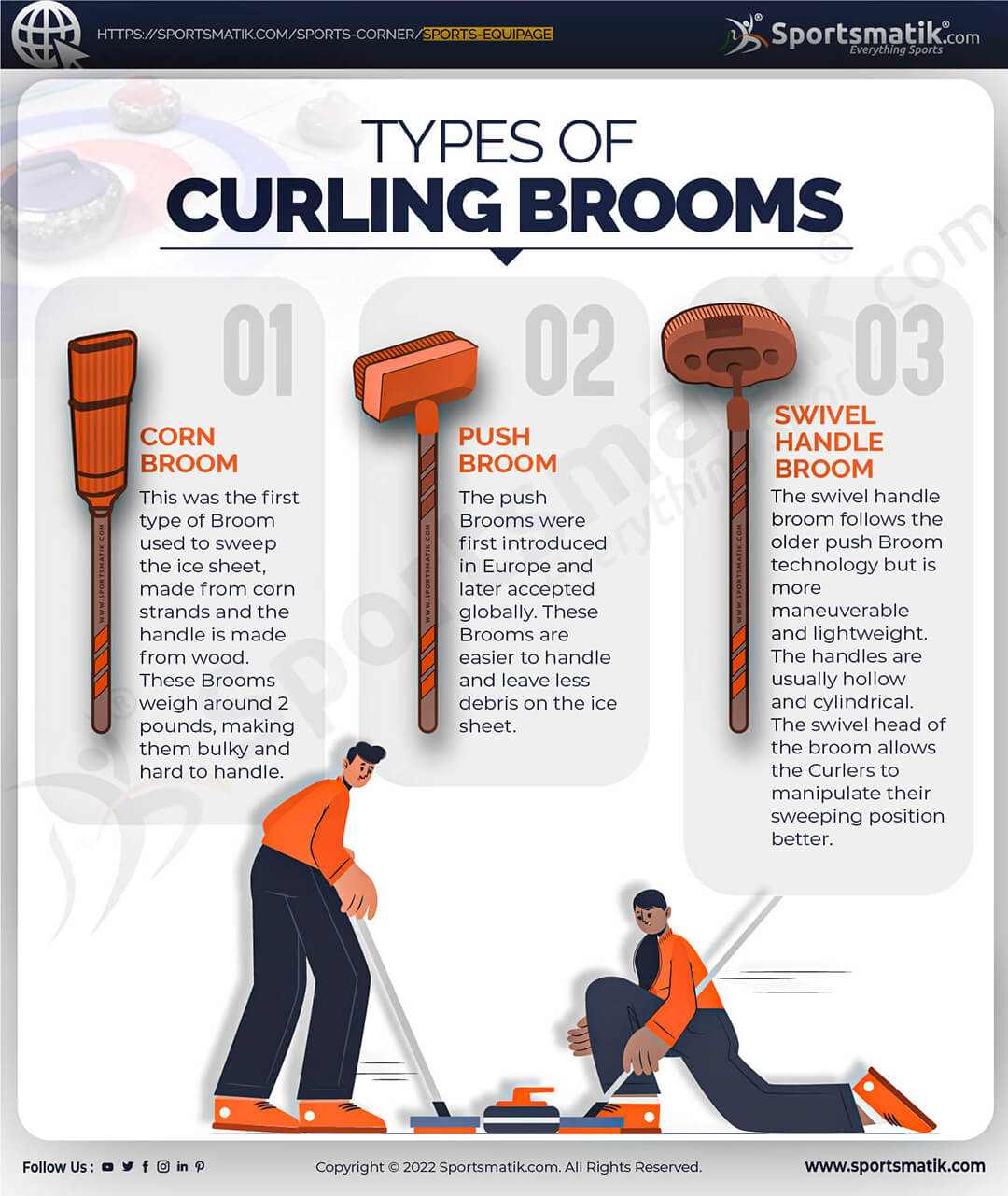 How to sweep with the curling broom?

Sweeping is a vital part of curling which involves the movement of the brush head on the ice that creates friction, due to which the ice heats up and allows the rock to travel further and straight. To be the most effective sweeper, you need to keep two things in mind that is Pressure and Speed. According to the University of Western Ontario (“UWO”) study, commissioned by the Canadian Curling Association there was a relationship between the frequency of the stroke and the heat generated. So, to get the most amount of pressure on the broom head, you need to use your body weight.

There are a couple of ways in which you can have your brush head positioned on the ice, but amongst all of them, there are two well-known ways:

Steps to follow while sweeping with the Curling Broom:

Step 1:  Place your one hand about six inches up from the Brush Head.

Step 2: Place the other hand to about one-third of the 'Shaft,' measuring from the 'Head' of the broom as shown in the picture below.

Step 3:  Now that you are ready to sweep, you must ensure that your head parallels the brush head and your back is flat while staying on your toes.

Step 4:  Finally, you need to move your brush head back and forth as fast as possible and keep the Broom close to your body to control the movement. This kind of action engages your core muscle and your arm muscles. And there you go, Sweep, Sweep & Sweep! 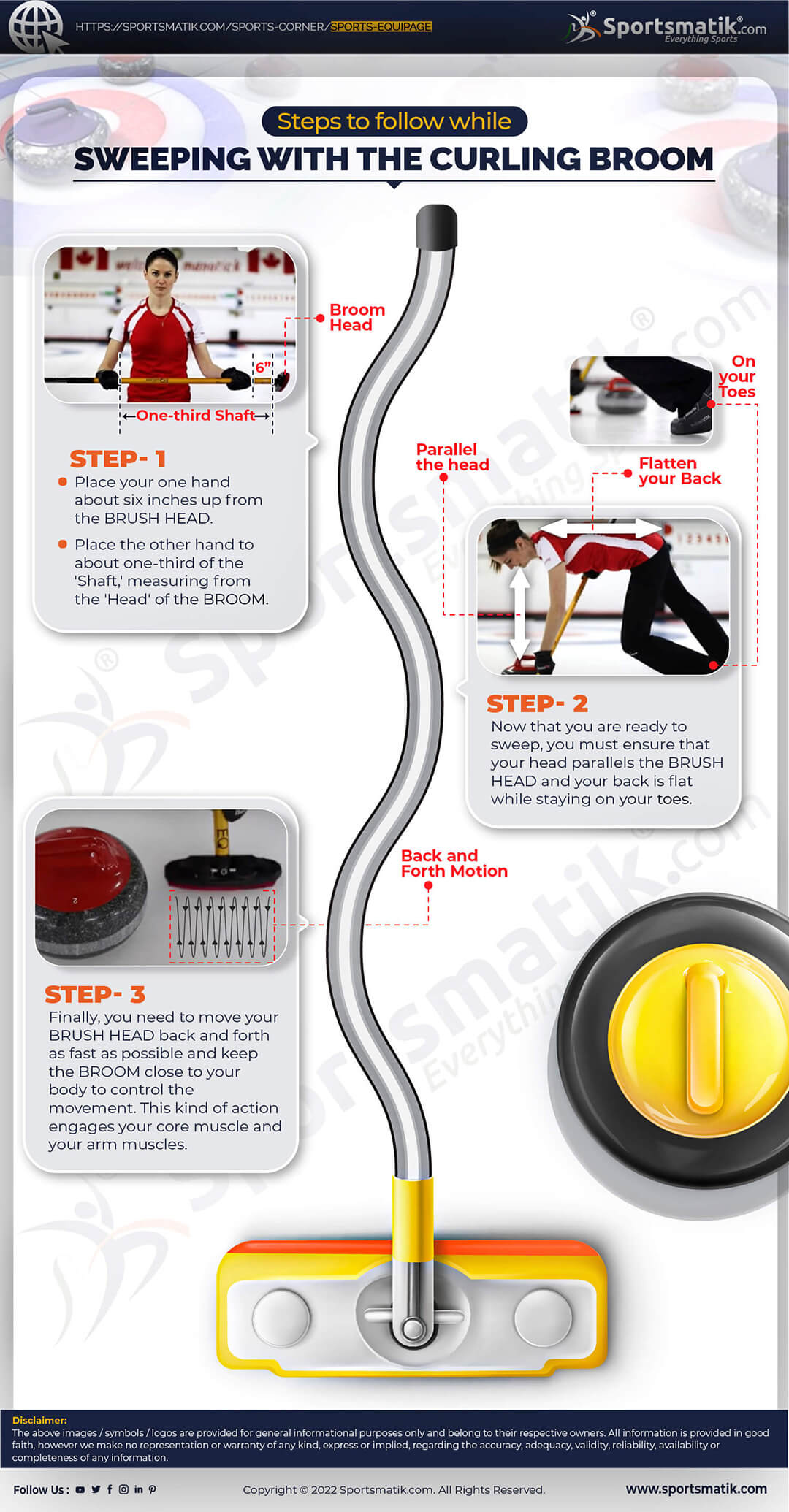