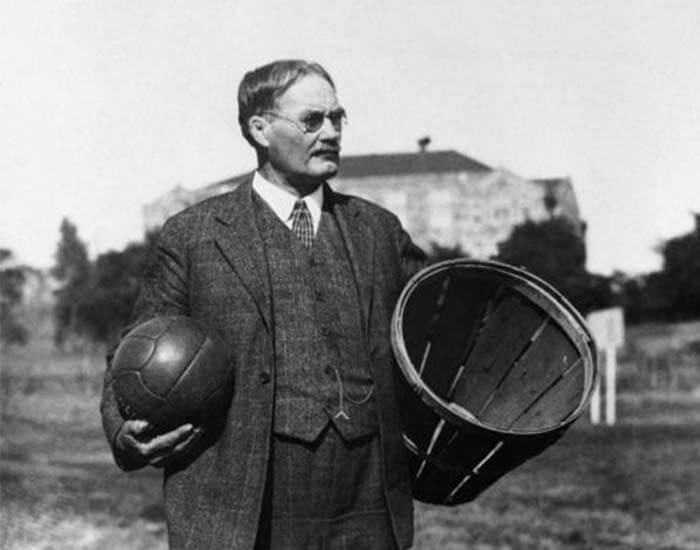 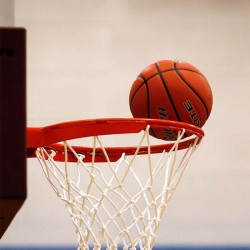 James Naismith invented Basketball game in 1891. At that time, basketball was played with a football since ball for basketball didn’t exist. Players used a football which they tossed into a peach basket to score a point. In 1894, Naismith wrote to A. G. Spalding & Bros company asking them to create the first-ever basketball and the first-ever basketball was made of leather, which was dark brown, and it had laces on it. The weight of the ball was approx. 500 gm. and the ball circumference was 32 inches, 4 inches larger than a football. The laces from the ball were evacuated in 1937. There's a data that basketball player and coach, Chuck Taylor was the individual who designed stitch-less ball, which made the ball look and bounce better.

The dark brown colour of the ball wasn’t great since players couldn’t see it well and the audience also couldn’t see the ball at all. Based on Tony Hinkle's (Basketball coach from Butler University) idea, Spalding made an orange ball in 1957, which had its big appearance at NCAA finals in Kentucky in 1958. NCAA was very much impressed with the visibility of the ball, that’s why the orange colour became a standard.

NBA announced Spalding leather ball as the official ball for the game in 1983. The weight & size of the ball is different, depending on the league & whether men, women or juniors are using it. NBA has the rule that circumference of the ball should be 29.5 inches for men, the weight is between 560 and 650gr, whereas women have to play with the ball with a circumference of 29 inches, weight between 510 and 560gr. FIBA incorporates a bit different rules; the ball for men can have circumference from 29.5 inches to 30.7 inches. The air pressure in the ball should be such that when the ball is tossed from a 1.8m height, it should bounce 1.2m to 1.4m. Other than Spalding, balls manufactured by Wilson, Liquid etc. are used.

These days nearly all basketballs have rubber inflatable insides, at that point layers of fibre and the outer of the ball is made of leather, artificial leather or rubber.

A basketball is a spherical ball which ordinarily extends in size from some inches in diameter to large balls nearly 2 feet used in training exercises. For example, a youth ball can be 27 inches (69 cm) in circumference. In contrast, an NCAA men's basketball would be a maximum of 30 inches (76 cm), and an NCAA women's basketball would be a maximum of 29 inches (74 cm). The standard for a ball in the National Basketball Association (NBA) is around 29.5 inches in circumference and for the Women's National Basketball Association (WNBA), a maximum circumference of 29 inches. High school and junior leagues regularly use NCAA, NBA or WNBA sized balls. Apart from the basketball court, basketball is the only piece of equipment essential to play the game of basketball.

Spalding was the first company to create a ball for official use. Founder of the company A.G. Spalding made the first basketball during the end of the 19th century at the request of James Naismith. They moreover create the basketballs for the WNBA and NBA Development League. In 2012, it became the official supplier for both the Euroleague and Eurocup competitions. It additionally serves as a supplier for Liga ACB. In 2010, Spalding became the new provider for NBL Australia.

Wilson Sporting Goods is the official ball provider of all NCAA postseason competitions, most prominently the men's and women's Division I tournaments. As of 2015, Wilson too supplies balls for all FIBA-operated 3x3 matches. Like Spalding, Wilson produces a variety of balls for the buyer market as well.

Rawlings has made basketballs since 1902. The company is known for creating a 10-panel ball known as the "TEN", together with conventional 8-panel balls. TEN basketball is the official ball for the Amateur Athletic Union and the "Gus Macker", the largest 3-on-3 basketball competition in the US.

Nike had the contract to deliver balls for the Euroleague Basketball Company including the Eurocup and the Euroleague from 2007 till 2012 when it switched to Spalding. In the Philippines, the NCAA & UAAP use the Nike 4005 Official Competition Balls.

Other famous manufactures of basketball are -