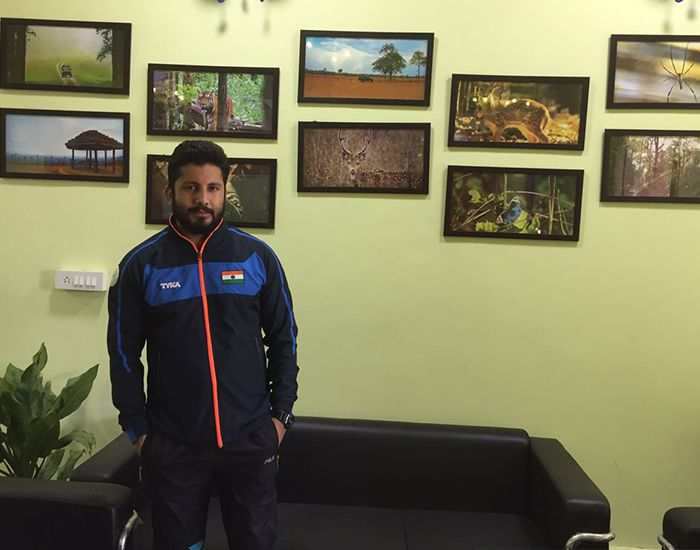 A boy who used to borrow the pistol from his colleagues to play at national as well as international level. A son of a generator mechanic from Meerut had bigger dreams and firm determination. Zakir Khan, an international shooter who started his journey from a small village Johri in Bagpat, faced various ups and downs in his sports career but didn’t give up on his dreams. Now, Zakir wants to give back to the society what he has earned till now. He is running his shooting academy in Delhi to train the shooting stars of the nation. While talking to the Sportsmatik Team, he was very candid sharing his journey which is commendable.

Tell us your journey so far from an ordinary boy to becoming an international player?

I belong to a middle-class family of Shahjahanpur, Meerut but my love for shooting started at my Nani’s home in Johri village of Bagpat. Dr. Rajpal Singh and my maternal uncle Abdul Salim Khan who had an experience of 25 years in shooting, inspired and guided me to go for the sport. They also provided me financial support. Although I didn’t give much time to practice but my luck always favoured me to get selected in the top rankings. I didn’t have my own pistol till 2006 and performed at the World Shooting Championship with a borrowed pistol and managed to earn a bronze with my team. If the Government supported me at that time, I could have bagged Olympic medals for the nation.

We have read at many places that you have Shikari genes. What does the term “shikari genes” mean? 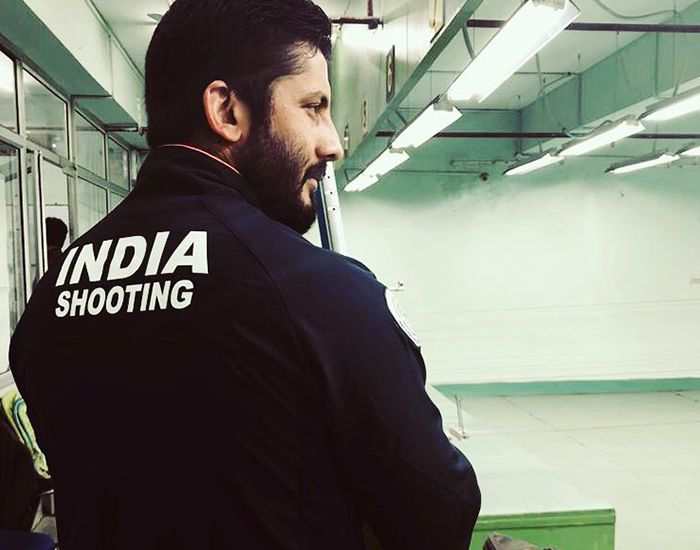 Yeah, we are Pathans. My maternal grandfather Abdul Kardoos used to go for shooting. Besides that, I have always looked upto my maternal uncle who was a good shooter of that time and taught me all the basic skills of shooting and encouraged me to become a shooter.

My role model is my father who has supported me all the time. He used to spend his hard earned money on such an expensive sport.

Your brother Sabir is also a national level shooter. Does he still practice shooting?

Sabir is my elder brother, and yes he had also performed at the national level. At present, he is also providing training to young shooters in Delhi who are performing at major levels.

Is it true that you have been availed scholarship from the airlines?

Yes, Air India has helped me a lot with a scholarship of Rs. 3000 with which I managed my expenses and training schedules at that time. Alas! the destiny didn’t favour me as I missed the opportunity to get a job over there, being over-age according to their criterion.

How was your relation with your colleagues when you were practising shooting? 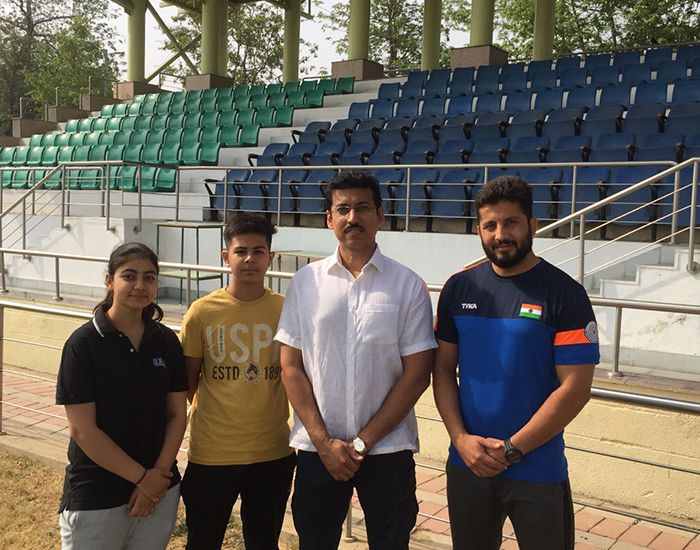 My colleagues were very supportive in my game. They used to share their weapons (pistol) with me so that I can compete in the tournaments. In fact, I have learned a lot from them. I remember an incident when I was playing at the Asian Games 2006 along with Jaspal Rana. A night before the event, he had a high fever. I asked him if he would be able to perform the next day. He replied that he would give his best no matter if he would win or lose the game. I was so moved with his words and the next day; he bagged three gold medals for the nation. I have also performed with Rajyavardhan Singh Rathore and Abhinav Bindra. They are very supportive and cool-tempered personalities.

What was the triggering moment when you decided to open a shooting academy? 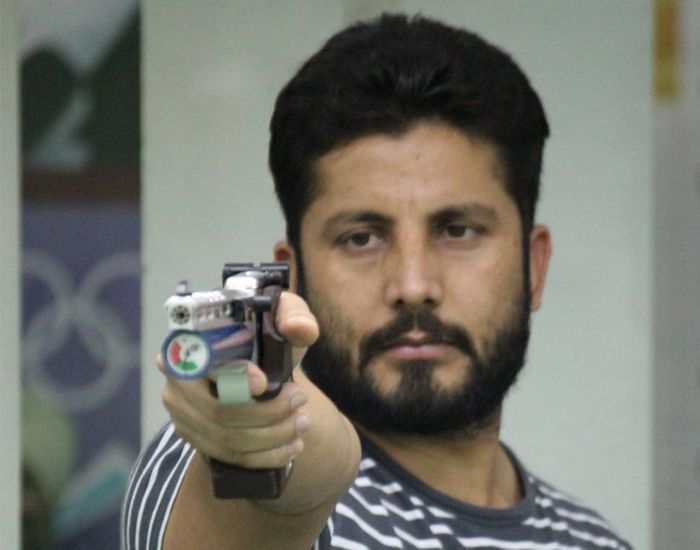 I am fortunate to have the guidance of national as well as international coaches who have trained me. I wanted to share my experience with the future of our country with proper guidance from the beginning. So, I opened an international level shooting range, having international weapons, target cards and pistol/rifle pellets. It has been 3-4 months since I opened the “Champions Shooting Academy” and my students are performing very well.

Shooting requires lots of patience and concentration. How do you practice them? 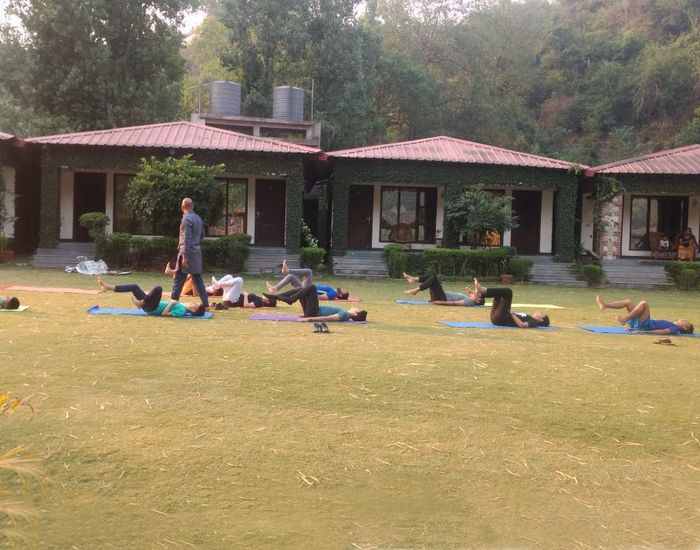 There are many shooting exercises to improve concentration that I do on a regular basis which helps me a lot to build patience and focus on my game. Besides this, I also do yoga and meditation. Fitness plays an important role in the performance of athletes. They get positive energy and confidence when they are physically and mentally fit. If the shooter is not fit, the pulse rate exceeds which makes a negative impact on their performance.

Tell us about the students you have in your academy? 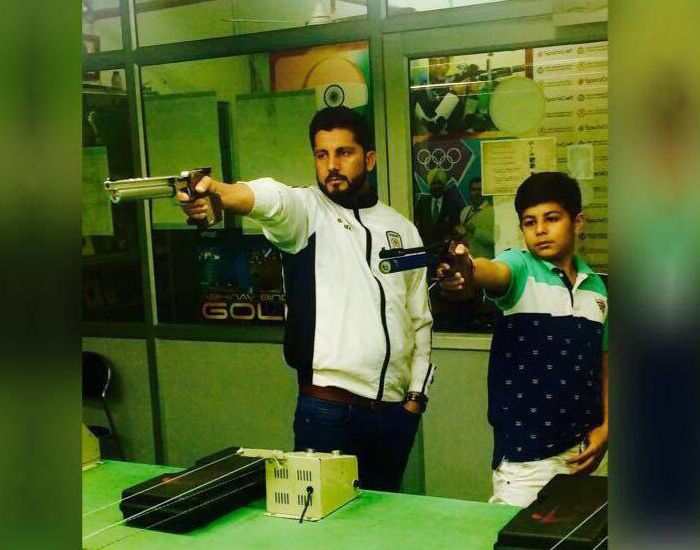 As shooting requires mental strength and concentration; one has to keep his emotions in control, and I am lucky that my students are mentally strong. They have participated in national games and performed very well. One of my students Ananya Anand participated in Khelo India School Games and made us proud with her performance.

Why should young kids take up shooting as a sport? 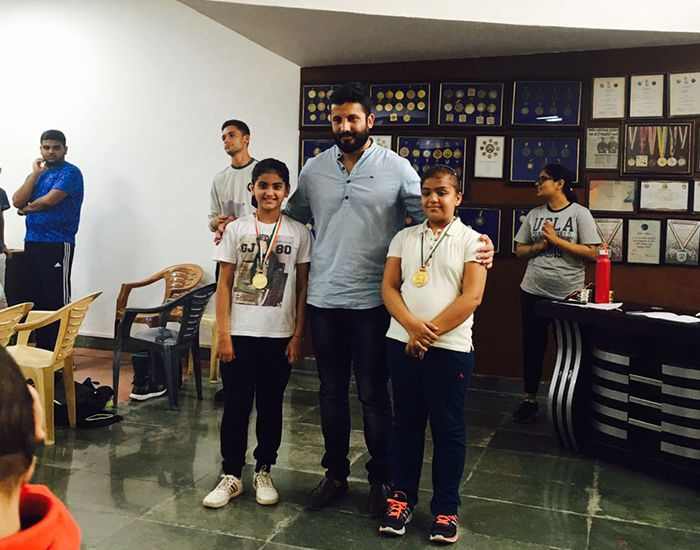 Shooting is a sport which has no age bar, and by practising this sport at a young age, students can improve their concentration power that will eventually help them build a successful sports career as well as in life. At present, the competition level has increased. The shooting event that used to be held for 2 hours are now conducted in 1 hour 15 minutes only, and hence the shooters need to work hard for their performance. But, fortunately, we have good academies and facilities now that we didn’t have a few years ago. If you perform well, you can have better chances to go for the big moves.

What are the facilities you provide in your academy? How do you use technology in training? 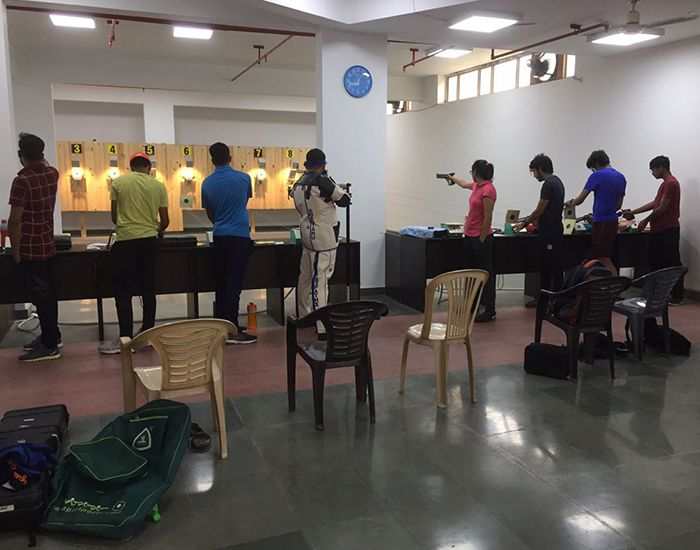 I have tried to avail my students with all possible facilities that should be provided to them like weapons used by Olympians and shooting range of international standards. I build the academy with whatever I had. We anyhow wanted to help young athletes. Right now, we are looking for sponsors so that we may have better equipment and other facilities for our students.

What do you think about the journey of shooting so far in India?

Indians have now started adopting this sport and have given phenomenal performances at various sports stages. Recently, many Indian shooters have bagged numerous medals at the Commonwealth Games as well as the World Championships. Manu Bhaker, Mehuli Ghosh, Anish Bhanwala and Heena Sidhu have performed exceedingly well. I congratulate them on their success and hope for the best.

Apart from shooting, which other sports do you like?

Besides shooting, I like arm wrestling. If anyone asks to have a match, I am always up for it.

What are your views on the initiative taken by Sportsmatik.com?

It’s a unique concept to support athletes and highlight their potentials. You can support athletes through your stage and help them get proper sponsorships. Besides this, you are also promoting their story on various digital platforms which is commendable. I wish all the very best to Sportsmatik.com.