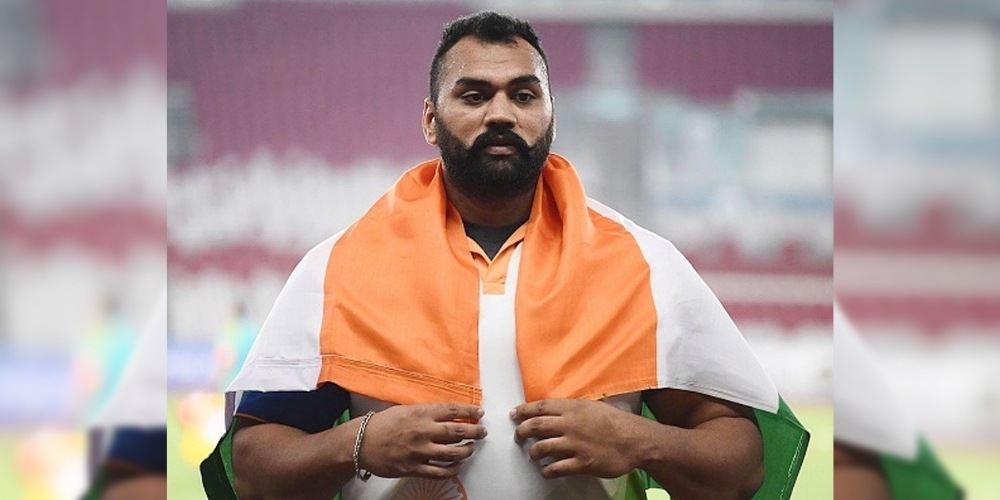 Tajinderpal Singh Toor crossed the Olympic qualifying mark with a 21.49m throw and broke his own national record. The Olympic qualification in this type of competition is 21.10 meters.

The previous record, which was also recorded in the name of the Toor, was 20.92 meters and was set in 2019.

He did it twice with another throw of 21.28m@KirenRijiju @kaypeem

Top-notch sprinter Dutee Chand broke the national women’s 100m record on Monday. She broke her own national record with 11.17 seconds in the 100m at the Indian Grand Prix 4 in Patiala. However, the Olympic qualification mark in this event is 11.15 s.

The earlier record was 11.21 seconds, also set by Dutee.

"I am extremely happy with my performance today (Monday) as I broke my own national record", said Dutee Chand. "Though I missed the qualification mark, I am happy with my preparations. As of now, I am the fastest Indian sprinter this year. I will put my best foot forward in the forthcoming inter-state senior national athletics championships to achieve my Olympic goals," she added.

The Women’s Relay team failed to make it to the Olympic qualifying bracket despite their own record efforts.

The quartet of Hima Das, Dutee Chand, S Dhanalakshmi and Archana Suseendran finished in 43.37 seconds, beating Team India B (48.02 seconds) and Maldives (50.74) in a three-team race.

The Indian team broke the earlier record of 43.42 seconds, set in Almaty in 2016 by the quartet of Merlin K Joseph, H M Jyothi, Srabani Nanda and Dutee.

But the quartet failed to clock below the 43.05 seconds mark required to rank among the top 16 teams on the Road to Tokyo list.

Sixteen teams will take part in the Women’s 4x100m relay race at the Tokyo Olympics.

India finished 22nd ahead of Monday’s race based on 43.81 seconds performance at the 2019 Asian Championships. However, 43.37 seconds on Monday will take India to 20th place.

Kamalpreet Kaur scripted a national record, but that wasn’t considered

Olympic-bound athlete Kamalpreet Kaur bettered her previous national record in women’s discus throw by hurling the iron disc at a distance of 66.59 meters.

But her performance will not count as a new national record as she was the only competitor to compete in the event.

“According to the rules, to establish a national record, the number of participants must be at least three. Thus, her performance will not be considered a national record. But it will be taken into account for other purposes such as ranking,” AFI Secretary Ravinder Chaudhry said.

Record Alert- Kamalpreet Kaur improves her own national record with a throw of 66.59m in Women Discus Throw in #IGP 4 at Patiala. Her previous best was 65.06m which she achieved at Federation Cup in March 2021 #Tokyo2020 @SonySportsIndia pic.twitter.com/tJtbCcjTOA

Kaur became the country’s first female discus thrower to break the 65m mark with a national record of 65.06m during the Federation Cup in March, which also secured her a spot in the Tokyo Olympics.

Her performance on Monday will put her 8th on the Road to Tokyo list and could put her in a medal contention draw.