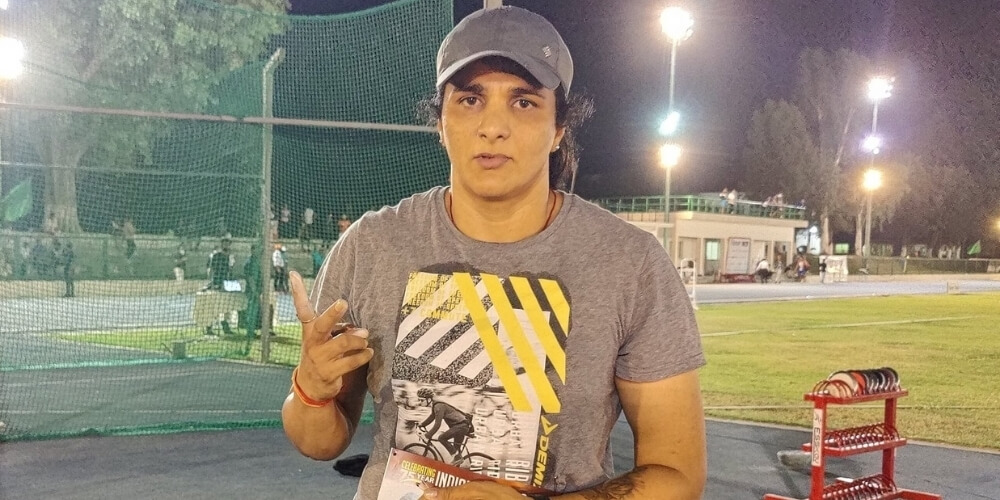 Indian discus thrower Seema Punia has qualified for the 2020 Tokyo Olympics with the 63.72m discus throw event on the last day of the 60th National Inter-State Athletics Championships at the Netaji Subhas National Institute of Sports on Tuesday.

With this qualification, Punia became the 12th individual Indian athlete to qualify for Tokyo Olympics.

The 37-year-old will compete in her fourth Olympics, equalling the record held by ace Indian tennis player Sania Mirza and former sprinter Shiney Wilson for the most appearances by an Indian woman at the Olympics.

The Olympic qualification in discus throw among women is 63.50 m.

Seema is the second Indian to qualify for this Tokyo Olympics in discus throw after Kamalpreet Kaur, who set the national record for 65.06 meters throw at the Federation Cup in March.

Kamalpreet did not participate on Tuesday, although her name was on the list of participants.

The women's 4x100 m relay team of India consisting of Dutee Chand, AT Dhaneshwari, S Dhanalakshmi and Archana Suseendran were unable to breach the qualifying time for the Olympics.

The injured Hima Das did not participate in the race. Hima, however, continued to race in the women's 200m race, which was held on the last day. She finished in a modest sixth place with a time of 25.03 seconds.