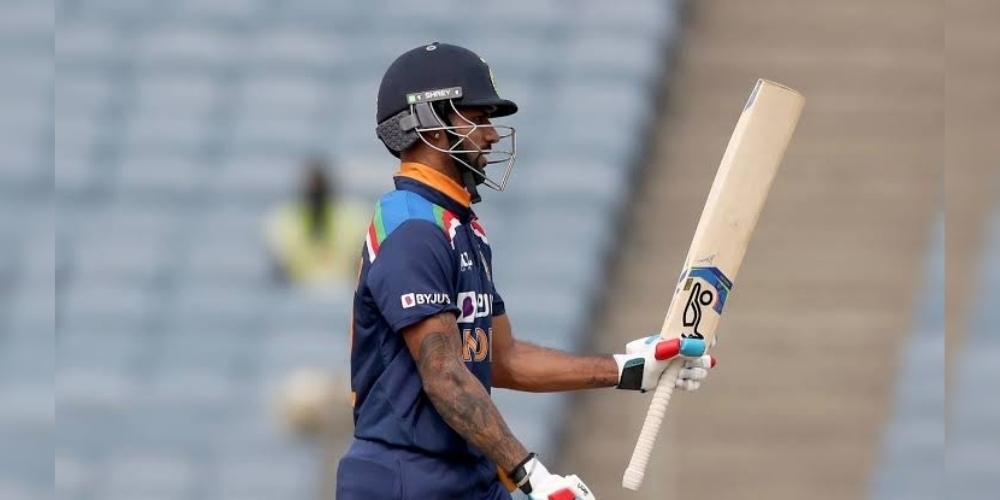 Shikhar Dhawan, who has never led India before, will captain the 20-man India squad in the white-ball series in Sri Lanka scheduled for July.

Ruturaj Gaikwad, Devdutt Padikkal, Nitish Rana, K Gowtham and Chetan Sakariya received debutant call-ups to the national team. This is the second string squad as the main team will be in England at that time.

Indian pacer Bhuvneshwar Kumar will also serve as vice-captain for the Indian team.

Former Indian skipper Rahul Dravid has been confirmed as head coach for the tour, although the BCCI did not announce the full support staff on Thursday when it released details of the team that will feature five reserve bowlers.

India will have to field a squad in Sri Lanka lacking its best players because the main team led by Virat Kohli is currently in England preparing for the inaugural World Test Championships final against New Zealand (18 June onwards), followed by a five-test series against England kicks off in August.

This is the first time that two senior Indian men's teams have competed in a bilateral series simultaneously.

Unsurprisingly, four of the five uncapped players - with the exception of Gowtham - all have made a strong impression in the last two IPL seasons.

Padikkal and Gaikwad were successful openers at the Royal Challengers Bangalore and Chennai Super Kings, respectively, while Rana was a regular top tier in the Kolkata Knight Riders for several seasons.

Sakariya made an impressive start to his career with the Rajasthan Royals in a truncated 2021 IPL edition.

The lineup also includes spinner Varun Chakravarthy, who has been picked by the selectors for the third time since the 2020 IPL.

Chakravarthy, who plays for the Knight Riders, was selected to compete in the T20I series in Australia last year but did not travel due to a shoulder injury and was again selected for the T20I series against England earlier this year, but was unable to qualify in the mandatory fitness test.