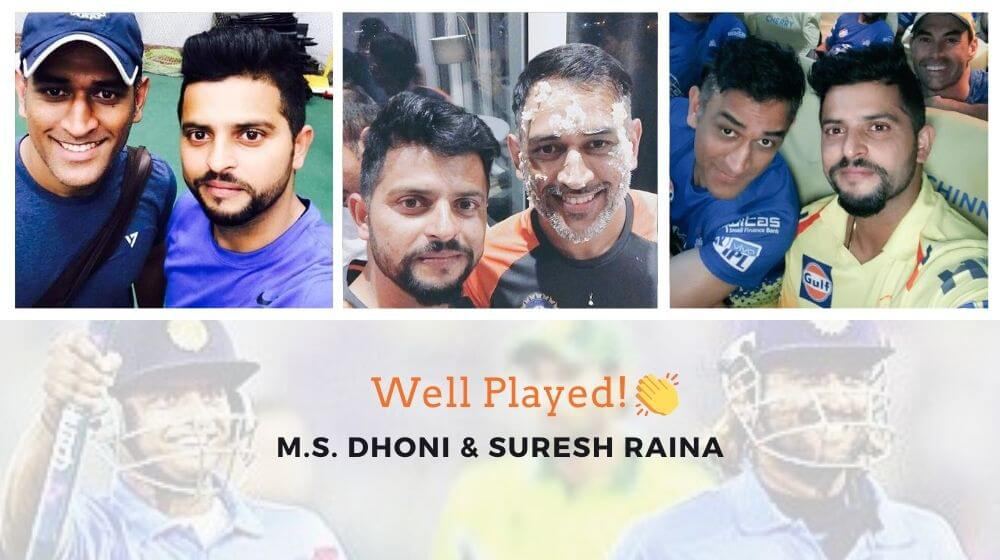 M.S. Dhoni - Once a Captain, Always a Captain

In the evening of India's 74th Independence Day, M.S. Dhoni announced his retirement from international cricket. The BCCI president and ex-captain of Indian cricket team Sourav Ganguly stated that "It is the end of an era". Indeed it is; he is the finest wicket-keeper, finisher and batsman. Dhoni has contributed a lot to Indian cricket with legendary wins and excellent captaincy. The renowned cricketer holds plenty of captaincy records along with the most consecutive back-to-back wins in Tests, ODIs and T-20s. Enlisting some of the well-celebrated contributions made by him before his farewell -

The journey of being one of the victorious captains of Indian cricket team - M.S. Dhoni is the only cricketer who has won all the three ICC tournaments serving as a captain. He has led the team to victory in his debut major tournament in 2007 (World T20). In 2011, he directed the team to win their second World Cup title in 2011, a victory achieved after 28 long years. Later in 2013, they won the champions trophy too. In 2009, he successfully guided the team to number one position in the ICC test rankings for the very first time. In 2013, India became the first team in approx. 40 years to completely knock-off Australia in a Test series. He is the captain of IPL team Chennai Super Kings and has lifted the trophy in 2010, 2011 and 2018 seasons and 2010, 2014 Champions League Twenty20 trophies as well.

"He is one of the greatest captains of all time. The reason for this is his incredible calmness under pressure."@TomMoodyCricket, @bhogleharsha, and @irbishi discuss what MS Dhoni was like as a leader. pic.twitter.com/cAt7TvBxKN

The master finisher - There is no doubt that Dhoni is one of the best finishers ever. Some of the best finishing moments include the match against Pakistan in Lahore 2006. He scored 72 runs off 46 balls and contributed to the team’s win. Again in 2012, he showed his fantastic finishing skills against Pakistan in Chennai. In 2013, he scored 45* off 52 balls against Sri Lanka in Port of Spain. His relaxed and calm attitude led him to score 6, 4 and 6 in first four balls (after the first dot ball) which eventually led to the team’s victory. His most notable master finishing moment was during 2011 Cricket World Cup final against Sri Lanka. He scored 91 runs in 79 balls and scored an iconic six and led the team to win the World Cup after 28 years, a moment for which every Indian fan was waiting.

Captain cool with a calm demeanour - The captain cool has always amazed everyone with his confident and skilled decisions in the most pressured conditions. He has always proved how his reliable decisions have benefitted the team. In 2013 India vs. England in ICC Champions Trophy final match, he decided to give Ishant Sharma a chance in the final over which again led to the team’s win. In 2010 India vs. Australia test match, he took a bold decision and forwarded Cheteshwar Pujara for batting which ended in the brilliant win of the Indian team. In 2016, Dhoni portrayed his wicket-keeping skills in a T20 group stage match against Bangladesh. He led Hardik Pandya to bowl back-of-length and removed his right-hand gloves. He took the wicket successfully adding winning feathers to the team’s hat. Maharashtra Youth Congress Chief Satyajeet Tambe said -

"Being a master strategist, M.S Dhoni has wondrous reading of match situations even under immense pressure. Yet he was not only captain cool himself, he was the cause for calmness in other teammates too. Dhoni, a Legend, will be missed in international cricket".

Suresh Kumar Raina has the most glorified cricket career one can ever imagine or explain. The aggressive left-handed & one of the finest batsmen of the Indian cricket team is also regarded as one of the best fielders in the world. In July 2005, Raina made his debut in the International cricket against Sri Lanka while being a teen of 19 years old. He has played in 226 ODIs and has successfully scored 5615 runs with a spectacular average of 35.31. Raina has also scored 1605 runs in 78 T20 international matches. He was also the first batsman to score a century in T20I while batting at the 3rd or lower position. He is also the first Indian to score 6000 and 8000 runs in his entire Twenty20 career. His retirement along with Mahendra Singh Dhoni came out as nationwide dismay.

"He's a player that every captain really dreams of having in their playing XI." @TomMoodyCricket, @bhogleharsha and @irbishi on Suresh Raina and his legacy pic.twitter.com/mddTDbt2zC

They both announced their retirement on the 15th of August. It has a unique significance as Dhoni's jersey no. was 7 and Raina's jersey no. was 3 that form 73 which is also the number of years India has completed since independence. Both the legends share a great bond and play together for the IPL team Chennai Super Kings. Although they have hung up their boots of international cricket, we’ll be able to watch them play during this year’s IPL which is scheduled from 19th of September.