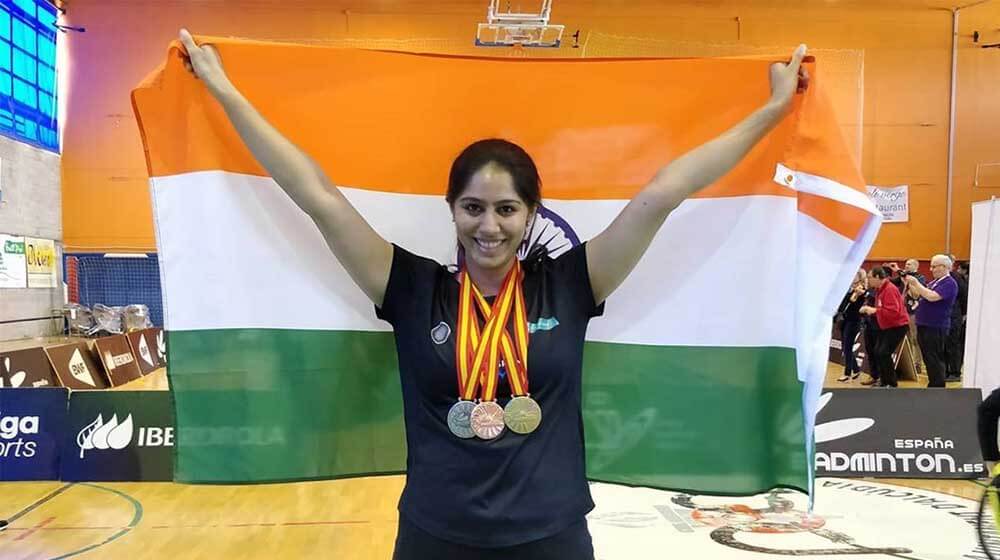 It’s a moment of great pleasure and pride for the nation when Indian para-badminton star Manasi Joshi featured on the cover of Time Magazine’s Next Generation Leaders. The 31 YO para-athlete has received her gold medal in the BWF Para-Badminton World Championship by defeating world no.1 Parul Parmer in women’s singles SL3 event.

Joshi was only 22 when she lost her left leg due to an accident. But she didn’t lose hope and decided to continue what best still she has. In her earlier corporate life, she has won a gold medal in an intra-corporate badminton tournament in 2011. Her left leg was amputated after which she spent 45 days in hospital followed by three months of recovery.

Joshi was able to defeat able-bodied players in the same corporate event. Initially, her friend Neeraj George, a para-badminton player encouraged her to join the sport and take badminton as a profession. In 2014, Joshi won silver in the national games and even participated in the Spanish Para-Badminton International. To achieve her goals, she worked hard and balanced her work life and training efficiently. In 2018, she moved to Hyderabad and joined the renowned badminton academy, the Pullela Gopichand academy. Joshi trained hard in the academy with three sessions a day, six days a week. Her hard work through all these years has been noticed now, which is a big deal.