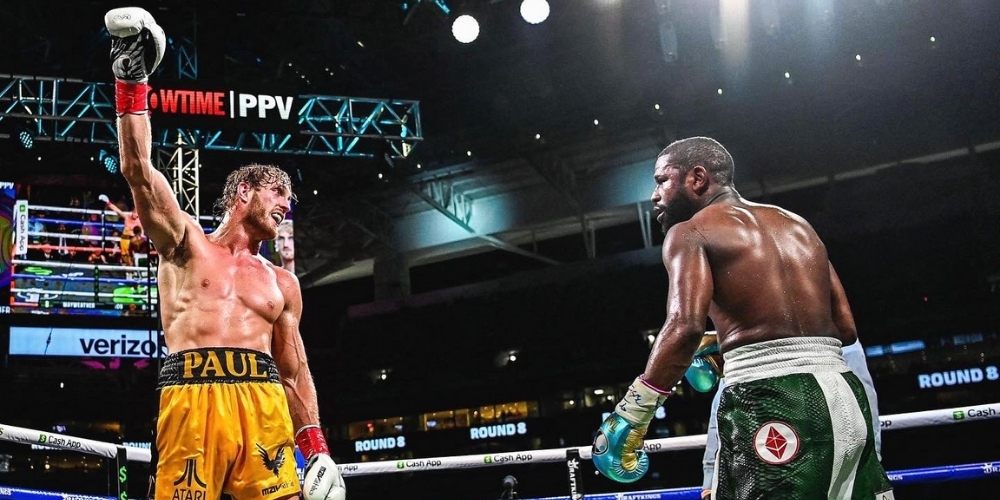 The fight between one of the greatest boxers in history, Floyd Mayweather and one of the best YouTube personalities, Logan Paul, ended predictably on Sunday night without causing any real damage.

Mayweather retired from professional boxing with the exact 50 wins in 50 fights but returned to the ring for an eight round “special exhibition” against Logan Paul, who rose to fame as a YouTube personality with 66 million followers. Mayweather defeated the likes of Manny Pacquiao, Canelo Alvarez and Ricky Hatton in the Boxing Career Hall of Fame. Paul once got into the fourth week of The Masked Singer.

The 44-year-old Mayweather gave up nearly 20 years, 4 inches of wingspan and 34 pounds of weight, while Paul is 189 pounds, the heaviest fighter he has faced so far. But, it didn’t matter, as a man whose mind-blowing reflexes and defensive skills meant that even the best boxers in the world could barely put a glove on him when his splendour handled the slow and awkward Paul with ease.

Truth be told, Mayweather could probably end the fight if he wanted to, but he knows his audience and, perhaps counting on a lucrative rematch, allows them to recoup their money as the fight goes into the distance.

Paul used his weight to shove Mayweather in the first round and unleashed a flurry of punches, but none of them broke through their opponent’s guard.

In the second, Mayweather let Paul throw a few jabs, but Mayweather, with a half-smile, easily dodged those jabs as Paul tired himself out.

Paul’s biggest mistake may have come in the 4th round when he landed a few punches on Mayweather, who attacked for the first time in the fight and continued the attack in the fifth.

Paul, to his credit, continued to swing, hoping a lucky punch would connect, but Mayweather was never in serious trouble.

As there were no judges, and no official winner was announced, however, it was pretty clear that Mayweather would have won easily if there had been.

Battle ended in Boos from the crowd

Most of whom either paid to see the shock or see how often the controversial Paul received his outrage. He had an easy sparring session with Mayweather, who did not want to risk ruining his flawless record by opening himself to a successful punch.

“I was having fun, and I’m not 21 anymore,” Mayweather said. “He’s (Paul) a great young fighter, better than I thought. He is a strong raw contender; I was surprised by him tonight.” Then Mayweather remembered who mattered: “I want to thank all the fans who came out. I want to thank the fans who bought pay per view.”

Mayweather was asked if he would be competing in another fight. “We don’t know what the future holds; I have to talk to my team,” Mayweather said.

Meanwhile, Paul looked like a man who was pleased that all his teeth were intact, and in doing so, he earned a tidy sum. “This is one of the greatest moments of my life. I’m happy to have made it out,” Paul said.

Mayweather is estimated to earn $ 100 million alone from his 2017 bout with UFC star Conor McGregor. Paul, who rose to prominence as a YouTube prankster alongside his brother Jake, was already a multimillionaire at the age of 26, and both Paul and Mayweather made millions more from Sunday’s bout that retailed for $ 49.99 apiece pay-per-view.

Mayweather said last week that he expects to make between $ 50 million and $ 100 million from this fight with Paul, while Paul was guaranteed $250,000 and a 10% discount on pay-per-view earnings.

The fight took place in front of an audience of thousands at the Hard Rock Stadium in Miami.