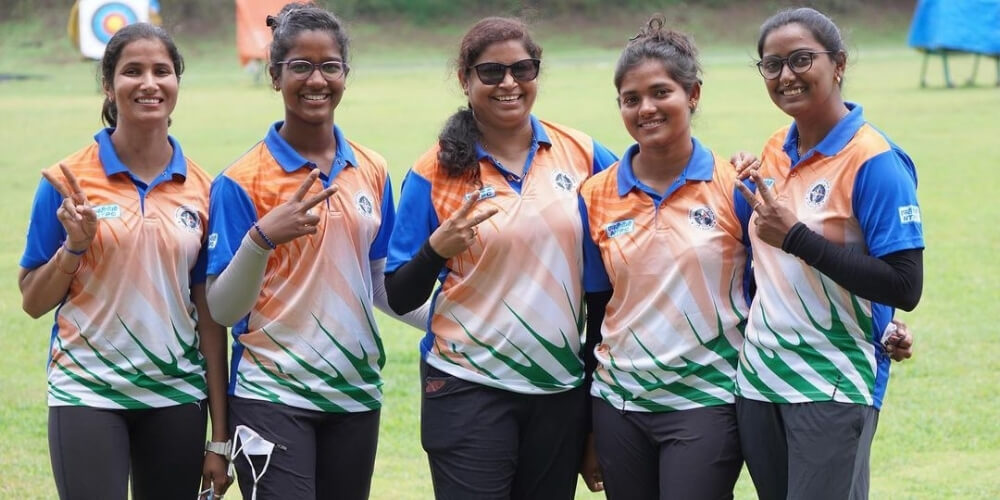 The Indian women's recurve team has recovered strongly from the disappointment of not meeting the Olympic quota and finished second behind Mexico in the qualifying round of the third stage of the World Archery Cup on Tuesday.

The World number three trio, Deepika Kumari, Ankita Bhakat and Komalika Bari, who unexpectedly had made a second-round exit in the final Olympic qualification on Sunday, scored 1986 points to advance to the pre-quarterfinals.

Incidentally, Mexico and India finished in the top two spots in Sunday's qualifying round before the Indian trio thrashed by Colombia in straight sets.

The second-seeded Indian women's team will face the winner between Spain and Sweden in the last 16.

At the same time, Atanu Das, Tarundeep Rai and Pravin Jadhav won their individual competitions and advanced to the second round of the subsequent men's individual recurve event.

World Cup first stage champion Das finished 23rd in the qualifying round with 664 points. Jadhav (662) was the next best Indian, finishing 27th, while veteran Rai (650) finished in a modest 60th.

Overall, the men's recurve team qualified as the eighth seed with 1981 points. In the last-16, they will face the winners from Mexico and the Czech Republic.

Earlier, Deepika returned to her strength after Sunday's defeat when she was leading with two points against her Mexican rival Alejandra Valencia at the halfway mark before missing the pole position by six points.

Deepika shot 674, finishing second behind Alejandra and immediately advanced into the last-32 as the second seed.

Left-hander Ankita finished second in the qualifying round from India with 664 points, finishing fifth and joining Deepika in the last 32. The 19-year-old Komalika finished 19th with 648 points.