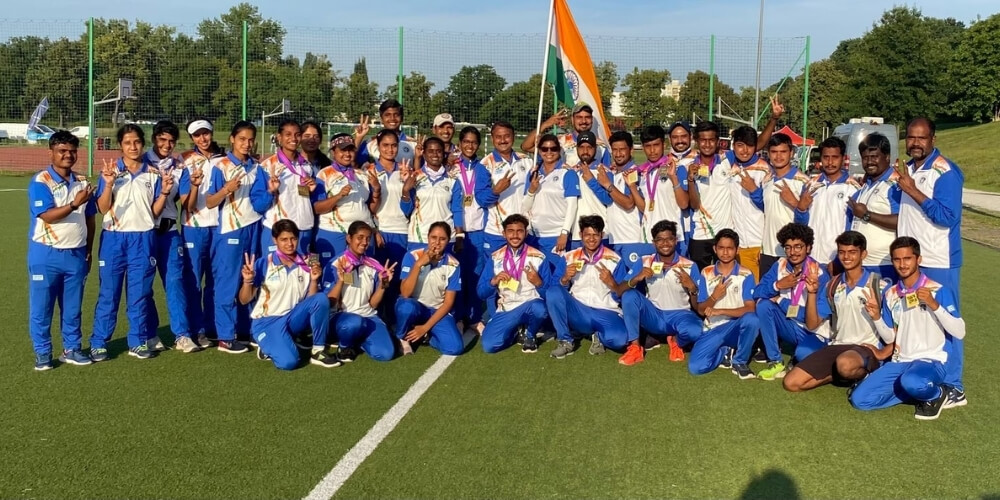 The Indian archers have won all their matches in the Under-18 Recurve section, won two gold and three bronze medals, and continued their record-breaking spree at the World Archery Youth Championships on Sunday, held in Wroclaw, Poland.

The men's team beat their French rivals 5-3, and the mixed pair followed suit, beating Japan 6-2 and continuing their winning streak on the country's 75th Independence Day.

India has also won three bronze medals in the women's team, individual and men's individual competition, showing a flawless performance by the U-18 (cadet) archers.

In total, in the recurve and compound sections, India has won five gold, two silver, and five bronze medals in its best-ever performance in the tournament.