How Vinod Kumar lost his Bronze & How does Classification work for Paralympics? 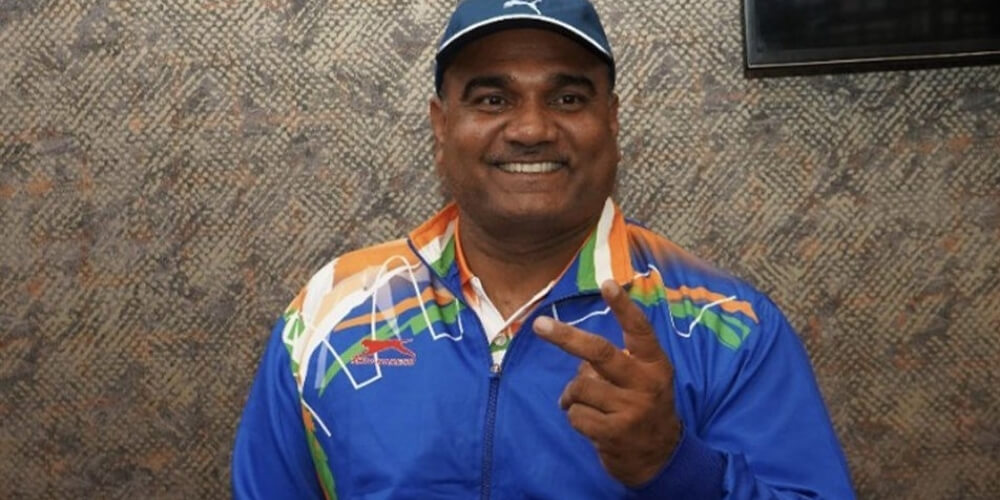 After discus thrower Vinod Kumar was deemed ineligible for disability classification reassessment by Paralympics organizers, India’s tally at the Tokyo Paralympics dropped by one medal. That happened after the results of the discus event were challenged by some competitors.

The International Paralympic Committee (IPC) stated that “classification is the cornerstone of the event, which determines which athletes are eligible to participate in a sport, and how athletes are grouped to compete.”

In the Paralympic Games, classifications are a way for organizers to group athletes like everyone else so that people with roughly the same impairment level - or roughly equal functional ability - can compete together on an equal footing. The classification determines who is eligible to participate in Para Sport and groups eligible athletes into sport classes according to the restrictions on their activity in a particular sport.

Indian Paralympic athlete Vinod Kumar fetched a bronze in the F52 men’s discus throw with the best result of 19.91m and finished third behind Piotr Kosewicz (20.02m) of Poland and Velimir Sandor (19.98m) of Croatia.

Although the classification process for Kumar was reportedly completed on August 22 before the opening of the Paralympic Games, and the F52 classification given to him was challenged after his medal event. The eligibility check resulted in the cancellation of his medal. 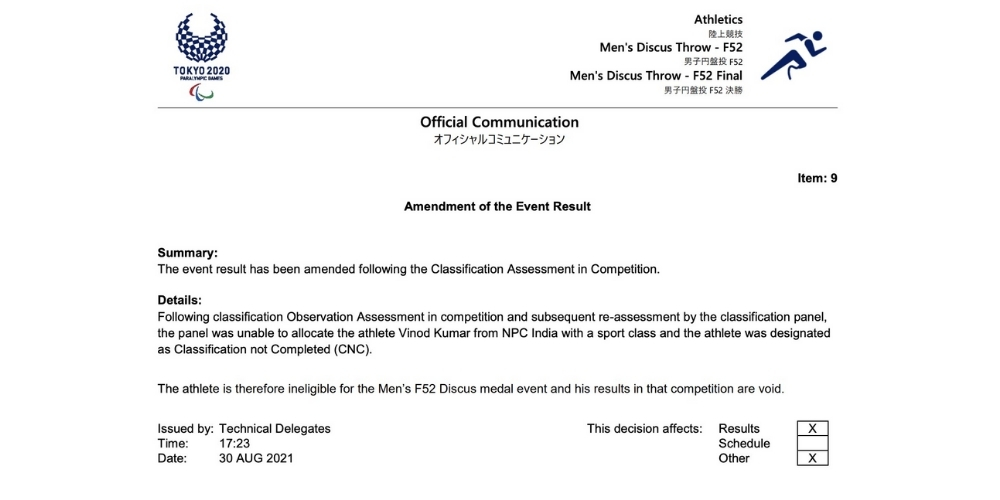 The organizers stated that they were “unable to allocate the athlete… with a sports class and the athlete was designated as Classification not Completed (CNC)”.

A statement from the Technical Representative of the Paralympics said: “The athlete is not eligible to participate in the men’s F52 discus medal competition, and his results in the competition are completely void.”

The PTI news agency added that the F52 category is suitable for athletes with impaired muscle strength, limited range of movement, limb deficiency or differences in leg length, with athletes who compete in a sitting position with suffering from cervical or spinal cord injury, amputation and functional disorder.

How does Paralympics Classification work?

There are similar classifications for all the disciplines that are presented in the Paralympics. The tournament in Tokyo is attended by about 4,400 athletes who will compete in 539 medal competitions. India, with 54 athletes, has sent its largest contingent ever to the Paralympic Games. In total, Indian athletes are competing in nine disciplines.

Bhavina Patel, who won the silver medal in table tennis, was placed in class 4. Classes 1-5 are wheelchair-bound athletes, and classes 6-10 are standing athletes. The class 11 is for athletes with intellectual impairment. Similarly, the lower the number, the greater the impact of the impairment on the athlete’s ability to compete.

IPC stated that the basic idea of classifying athletes according to the type and severity of their impairment is to prevent “a one-sided and predictable competition in which the athlete with the least impairment always wins.” Just like grouping athletes by gender, age, or weight, in Para sports, “athletes are grouped according to the degree of activity limitation resulting from to impairment.”

To give sporting excellence the primary role in Paralympic performance, the classification system is designed to ensure that “athletes are not successful simply because they have an impairment that is less disadvantaged than their competitors, but because of their skills and determination Tactics, fitness and preparation”. First, this is achieved by assessing athletes and then placing them into categories called sport classes based on how much their impairment affects athletic performance.