Conquered all five oceans in the world: Bhakti Sharma nominated for the Woman of the Year Award 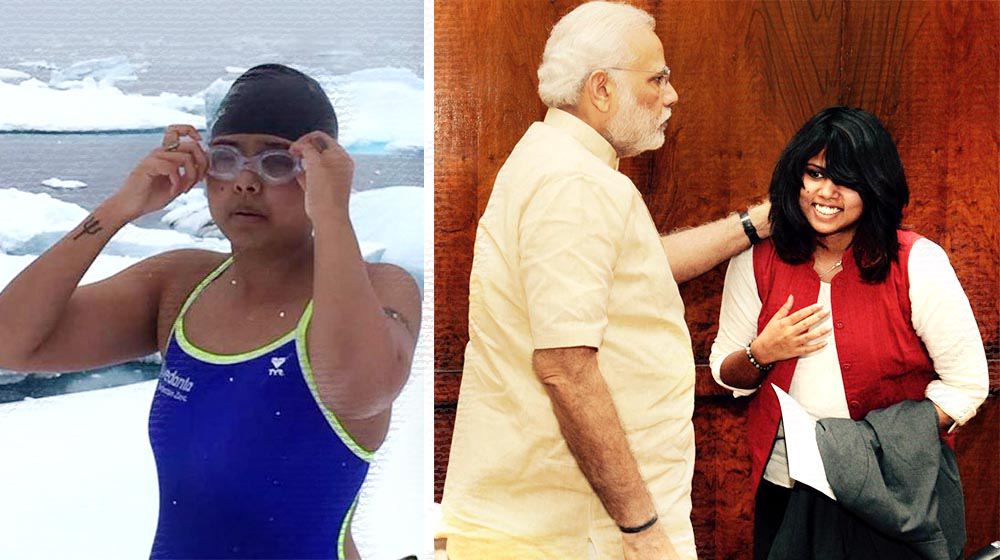 Bhakti Sharma, a 30-year-old swimmer from Udaipur, has been selected for the Woman of the Year Award by the World Open Water Swim Association of America. In 2010, Bhakti Sharma received the Tenzing Norgay National Adventure Award from former President Pranab Mukherjee. In January 2015, she made a world record by swimming 2.3 km at a temperature of 1°C (34 ° F) in 41.14 minutes, breaking the records of Lynn Cox (USA) and Lewis Pugh (England) in the Antarctic Ocean. She is the first Asian woman to set a record in open swimming in Antarctic waters and the youngest woman in the world.

Bhakti also held a swimming record in all five oceans of the world. She has mastered swimming in ponds, rivers, seas and oceans. Bhakti Sharma holds several world records to her credit in long-distance swimming. She has swum the longest distance of 36 km. It is worth noting that Bhakti started swimming from the age of two and a half, trained by her mother, Leena Sharma. Her first open water (sea) swim was in 2003, it was 16 km swim from Uran harbor to Gateway of India, after participating in several state and district level competitions. She was only 14 at that time.

Bhakti is the only the third person in the world to have swum in the Arctic Ocean, and in 2015, she scripted the history by becoming the youngest to swim in all five oceans by swimming in the Antarctic Ocean, a feat that earned her a well-deserved recognition from Prime Minister Narendra Modi. 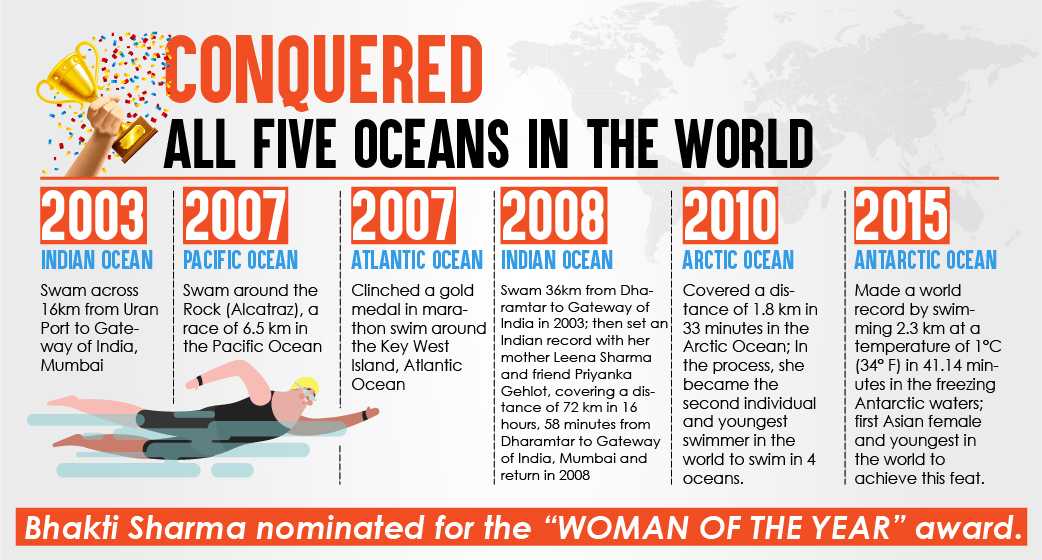 Her Journey for the Glory -