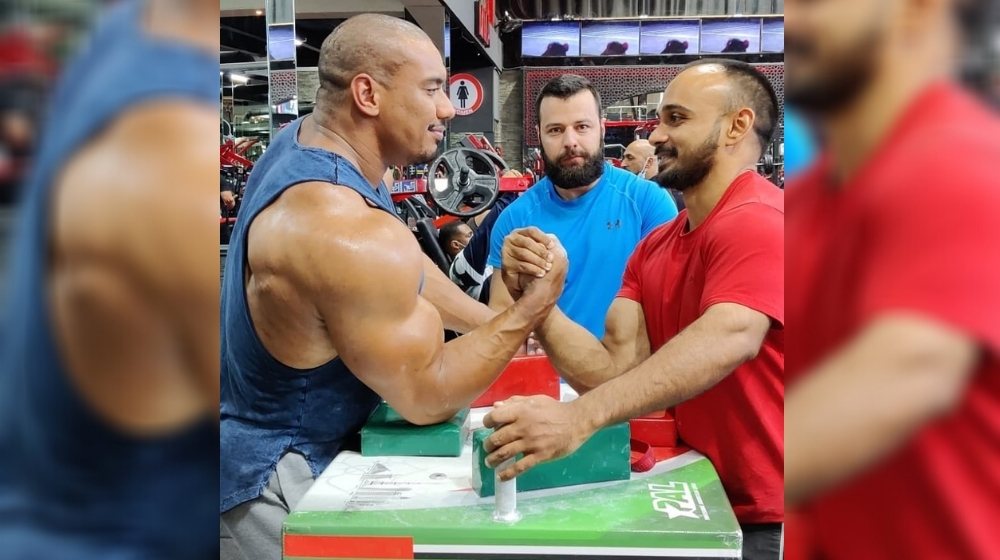 Wheels weigh approximately 110-115 kgs with a height of over 6 feet. He has many powerlifting records under his belt as he has lifted around 367 kg on a squat while doing a 276 kg bench press and has a record of 387 kg deadlift.

Panicker competed in an arm-wrestling match against Wheels and managed to emerge victoriously. However, Indian bodybuilder Panicker lost the first two rounds to Wheels but made an exciting comeback to win the next three rounds. The match was held in Dubai, and many spectators cheered for them.

Wheels invited Panicker to compete in the match held at a Gymnasium in Dubai. Although Wheels has a considerable size advantage over Panicker, Indian proved his mettle against the American.

According to Panicker, it was one of the most challenging matches in his career.