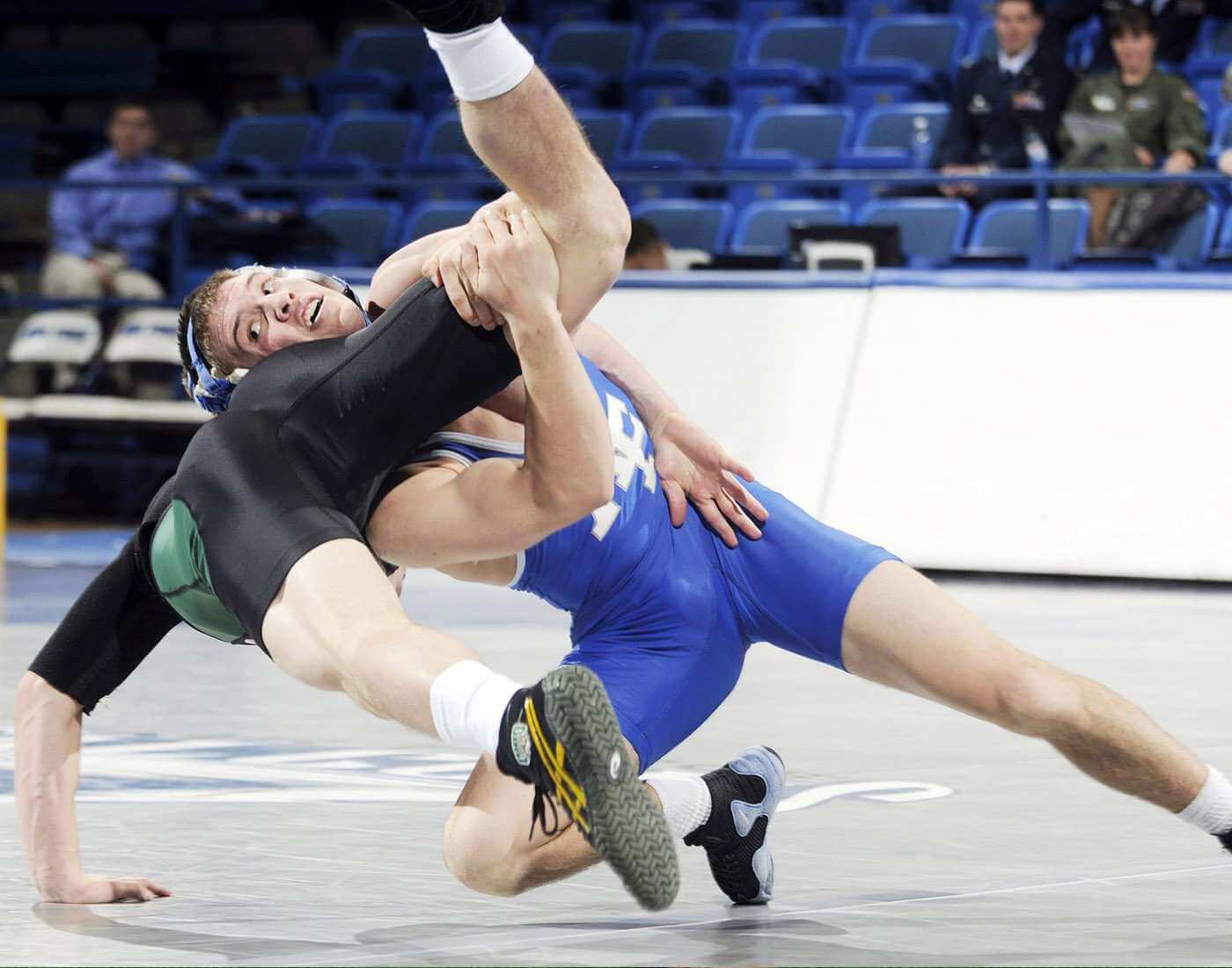 One of the oldest formats of combat sports that involve the grappling clinch fighting, takedowns, joint locks and throws. It's a physical competition between two sparring partners in the quest to dominate the opponent. At present, there are numerous variants of this combat sport with a wide range of rules and techniques implemented with time.

Although wrestling was seen as competitive combat sport but not today as it has been developed as a vast mean of entertainment all around the world which is known as professional wrestling where wrestlers are paid to fight with each other and audience purchase tickets to watch and experience the thrill of the game.

The origin of wrestling is believed to be approximately 15,000 years old. The ancient Indian Vedas also have some literary references to the sport.

The sport emerged out as one of the popular ones in a span between the fifth to the fifteenth century. In 1988, the first organised wrestling tournament took place in New York City. Since 1904, wrestling has been counted as a part of every Olympic Games.

Regarding the history of professional wrestling, it has emerged as the mode of entertainment in Europe in the 19th century. Steadily, it has been adopted by North America and started showcasing in the travelling carnivals and vaudeville halls.

The wrestling in which holding the opponent below the belt is forbidden, and the participant often has to use legs to hook or grab the opponent's leg to put him down on the mat. The international governing body of wrestling sport considers Greco Roman style as one of the six major forms of amateur wrestling.

According to UWW, a Napoleonic soldier Jean Exbrayat developed this style and named it as the "flat hand wrestling" to differentiate it from other variants. Later on, he established a rule in the sport not to hold the opponent below the waist. The style was termed as "Greco Roman" for the first time by Basilio Bartoletti, an Italian wrestler. In the 19th century, almost all the European capital cities hosted Greco Roman tournaments, and it soon became one of the most popular sports in the continent. By the end of the century, punching, gouging with nails and slamming arms violently around the stomach of the opponent was forbidden.

Counted amongst the two wrestling styles of Olympic standards, freestyle wrestling differs from the Greco Roman style as it allows the participants to hold them below the waist and also use their legs in the offence as well as defence. It is seen as a combination of traditional wrestling, judo and sambo techniques.

According to UWW, freestyle wrestling is said to have originated in Great Britain and the United States and was initially termed as "catch-as-catch-can". This style has been performed by at least half a dozen of the United States Presidents including  Andrew Johnson, Theodore Roosevelt, George Washington, Abraham Lincoln, Ulysses S. Grant, and Zachary Taylor.

Freestyle wrestling emerged as the Olympic sport for the first time in 1904 in which 40 American wrestlers participated. The International Federation of Associated Wrestling Styles (FILA) set the "Rules of the Game" in 1921 that was later adopted by the  Amateur Athletic Union (AAU) for its freestyle matches. The 20th century brought time limits for the bouts as there was no time restriction on bouts. At present, wrestlers from Iran, U.S., Bulgaria, Turkey, Cuba and Japan predominantly participate in freestyle wrestling.

Just like Greco Roman style, two participants of equal weight class have a face off with each other at the wrestling mat, and the bouts are followed in two three-minute sessions.

Unlike Greco Roman, the participants can throw their opponents on the mat and regain the hold on hem afterwards.

An empty hand submission sport, introduced back around 648 BC, having fewer rules as compared to another format of wrestling and Mixed Martial Arts.  The word Pankration is basically a Greek word which means "all of power". The participants mostly rely on grabbing and striking techniques. Punch, straight kicks, hand and leg strikes are the most common striking techniques used by participants. Choking techniques such as Tracheal grip choke, Tracheal dig and choke from behind helps the individual to dominate the opponent.

Standing wrestling performed on beaches inside a sand-filled circle of 7 meters of diameter. It has been regarded as the oldest version of international competitive wrestling. In this, style, wrestlers wear shorts or swimsuits, athletic shorts or spandex. Originally, beach wrestling incorporated the rules of wrestling before the implementation of mats. UWW modified the respective rules of the game in 2015 along with the allowing wrestlers to gain points through takedowns, pushing the opponents out of the circle, or bringing them down to their back. Beach wrestling events have been widely conducted as part of the Youth Olympic Games, Asian Games, Down Under Games, and Mediterranean Games.  World Beach Wrestling Championships are also held annually.

Also known as Pro wrestling, it is the professional style of wrestling in which the participants are paid for each bout, and the winner gets the prize money. It's a combination of wrestling art and entertainment. This form of wrestling involves strength based hold, striking attacks and acrobatic manoeuvres and heavy throws.

Most often, the results have predetermined the leverage the entertainment and fun in the bouts and participants boast of their power, trying to dominate their opponents. The actions are carefully performed to lessen the chances of getting injured. Professional wrestling is has a large bunch of fans in the North as well as Central America,  Europe, Japan and of course the UK. At present, professional wrestling has become a billion dollar industry, providing large scales of prize money to professional wrestlers along with fame and endorsement opportunities. High revenues have been gained through ticket sales, TV broadcasting, pay-per-view broadcasting and internet programming. WrestleMania, Wrestle Kingdom, Starrcade and Bound for Glory are amongst the top-notch professional wrestling annual shows, having the highest-selling pay-per-view programming.

Oil wrestling (or Grease Wrestling) is the national sport of Turkey. It is a combat sport in which wrestlers douse themselves with olive oil. The wrestlers called "pehlivan" (meaning champion or hero) wear leather trousers which are hand-stitched and are known as kisbet made from water buffalo hide and most recently has been made of calfskin. Initially, the sport had no set duration, but later in 1975, the duration was restricted to 40 minutes for baspehlivan & 30 minutes for the pehlivan category. The sport’s annual "Kırkpınar" tournament is taking place since 1362 in Edirne in Turkish Thrace and is the oldest continuously running competition in the world. Oil wrestling festivals are also held in northern Greece and West Thrace. In recent years, the sport is also becoming popular in other countries such as the Netherlands and Japan.

Sorro Wrestling is a traditional sport of Niger (a country in Western Africa), originated and is currently practised only in that country. The sport is a traditional style of wrestling in which all of the moves take place with both wrestlers on their feet. The objective of a match is to force any part of the opponent's body onto the ground, except the feet. Techniques such as tripping and holding the opponent by their legs are allowed in the sport.

Bouts take place in a large circular field with no boundaries and has a loose desert sand surface. There are no time limits, and no out-of-bounds rules are there in the sport, and the fight ends only by an outright winner. The sport has no major scheduled events and bouts are usually conducted as a part of major festivals and occasions.

These are used to support the joints and prevent grazing.

Headgears are optional and are used by wrestlers to protect against the risk of damage to ear lobes.

Wrestlers wear rubber-soled, soft and flexible boots that usually cover the ankles to prevent twists and sprains and provide a better grip.

Wrestlers wear a one-piece stretchy uniform commonly made of spandex that is either red or blue in color.