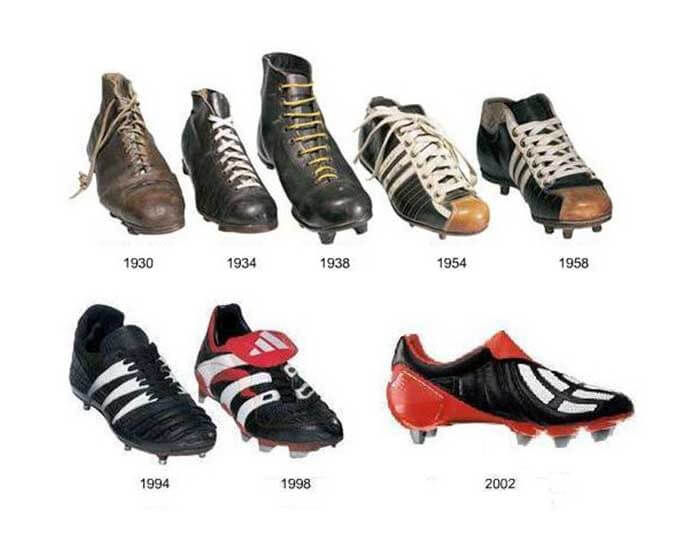 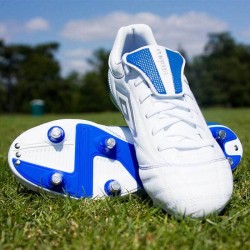 Football shoes are specially designed cleated footwear worn while playing football. These are also called football boots, cleats or sometimes as soccer shoes in North America. The shoes are ideal for playing on grass pitches and have studs on the outer side to provide a good grip. The basic design of modern football shoes is similar to sneakers and doesn’t cover the player’s ankles. Some of the most famous football shoes manufacturing brands around the world include Nike, Adidas, Nivia, Puma and so on.

Evolution of Football Shoes through the years

Football was highly popularized during the 1800s in Britain. Players used to wear their work boots for playing, which were heavy on the foot and not suitable for kicking the ball or even for running. Later, the boots were modified and had metal studs on the bottom to provide additional grip. In the late 1800s, the first official football shoes were introduced. Those were heavier, made from leather and went up to the ankle for better protection.

During the 1940s to 1960s, the design of the shoes was modified drastically. The new shoes were lighter and more flexible with better kicking capacity than its earlier leather variant. By the 1970s, the shoes were much lighter and more attractive with the addition of colours. In the following decade, shoe sponsorship became famous and Adidas rose as the market leader during those years. The best-selling boots of all times, the Copa Mundial were released by Adidas in 1979.

Even in the 1980s, leather was preferred for manufacturing of playing shoes and companies like Lotto, Umbro and more arose. In the 1990s, plenty of modifications took place in the manufacturing of high-performance shoes. Meanwhile, Adidas Predator dominated the market and Nike Mercurial established its name in speed boots. By the 2010s, blades replaced the regular studs. With recent innovations, the shoes are equipped with chips and tracker so that the players can monitor their performance and movement on computer or mobile.