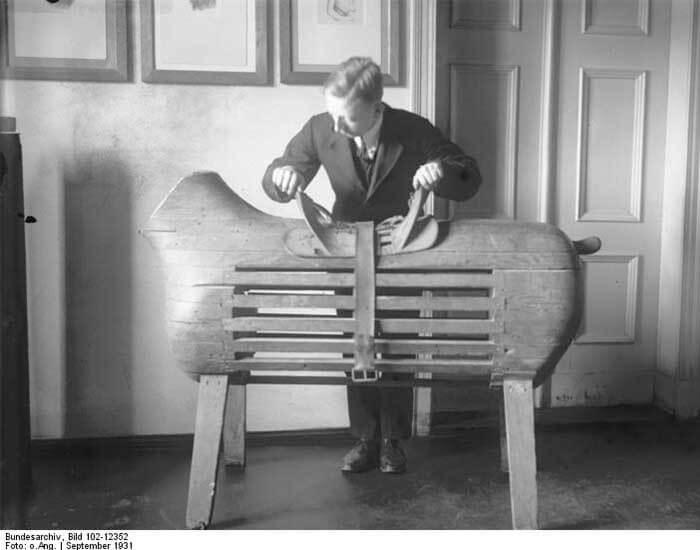 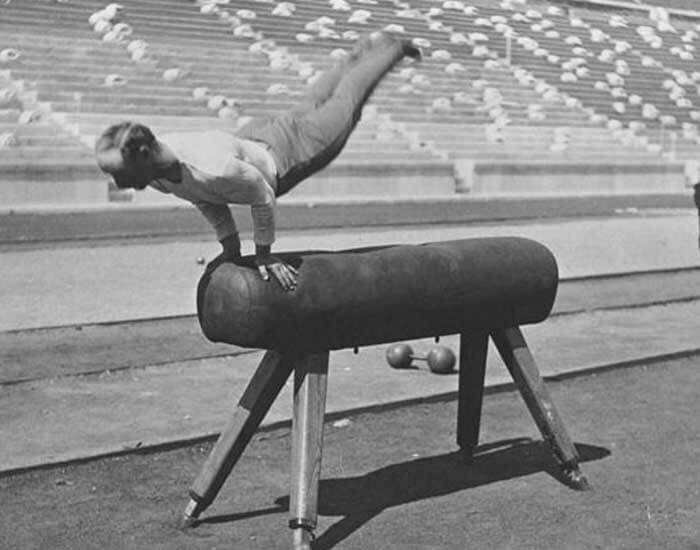 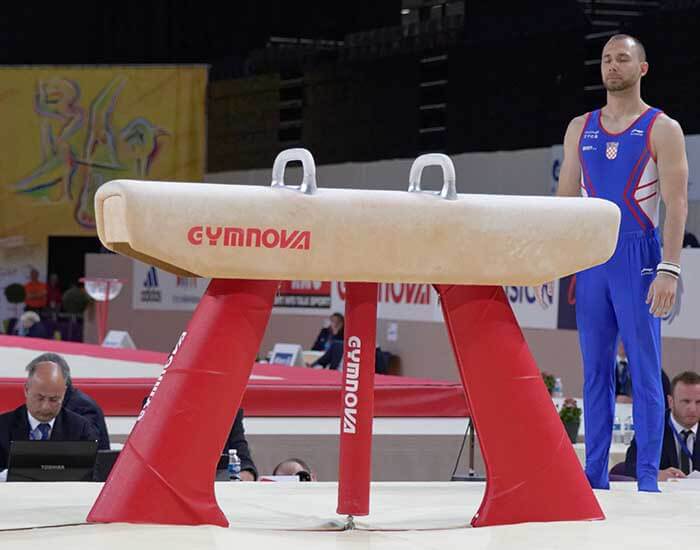 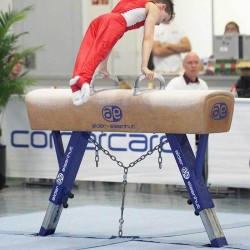 The pommel horse is a necessary apparatus used in artistic gymnastics. It is also regarded as a side horse. The gymnasts are required to perform their routines such as the single leg work, double leg work along with dismounts, handstands, challenging scissors and swings over the apparatus. Traditionally, pommel horses are used by male gymnasts only. The apparatus is generally covered with a leather material over which pommels (handles) are placed in the middle. The competition is widely popular and has been a part of the modern Olympic Games. The official regulations and rules regarding the pommel horse are administered by the Fédération Internationale de Gymnastique (FIG).

Dimensions of a Pommel Horse

The pommel horse appears to be a long symmetrical bench covered with leather. It is 1.6 metres long (63 inches) with 34 to 36 cm width (13.4 to 14.2 inches). The apparatus has a length of 115 cm (45.3 inches) measured from the top to the floor while keeping support in the centre. A pair of pommels (handles) with 12 cm height (4.7 inches) is mounted on the top. The pommels are placed approximately 40 to 45 cm (15.75 to 17.72 inches) apart. The pommels are made from plastic and function as a hand-rest for gripping while performing routines.

Evolution of the Pommel Horse through the years

Traditionally, the pommel horses were manufactured from wood. The first record of pommel horse was found around 600 years ago in the Roman era. It was used to provide training to the soldiers. Later in the 19th century, Biegel was used in place of wooden pommels for gymnastic routines and practices. At the same time, the wooden pommels were modified into a Schwingel with leather covering for the ease of the gymnasts.

During the 1948 Olympics, the Americans proposed a 160 cm long stand which was entirely symmetrical. Later in 1955, the International Gymnastics Federation accepted the model. The new model gained wide popularity. In 1975, a new machine-manufactured plastic pommel horse was introduced at Gymnaestrada in Berlin. It also modified the regular pommels into the adjustable pommels (without any steps) which became a breakthrough. In modern times, the durable rump is covered with high-quality leather and foam rubber and a chain anchors it to the ground. The modern pommel horse is more durable as compared to their ancestor models. The high-quality leather reduces friction and is more effective while balancing. The pommels are adjustable and more robust which aids in performing various routines.