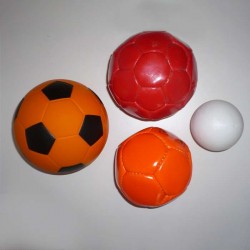 In the game of polo, players are required to aim the ball in the opposing team’s goal to score points. Hence, the manufacturing of a polo ball should be considered wisely to attain maximum strike rate. The balls were earlier made from bamboo and now have evolved to high impact plastic. The polo balls specification varies mostly depending on the purpose of the game. The Federation of International Polo (FIP) is the highest governing body that is concerned with the regulation of polo balls throughout the world.

Dimensions of a Polo Ball

There are two types of polo balls used in official tournaments, an outdoor and an indoor polo ball. The outdoor polo balls have a diameter ranging from 3 inches to 3.5 inches maximum. The balls must weigh around 4.25 ounces to 4.75 ounces maximum (according to the rules of FIP). On the other hand, the indoor arena polo balls are covered with leather and inflated. It has a diameter of approximately 4.5 inches, with a circumference of 12.5 inches to 15 inches maximum. The balls should weigh around 170 grams minimum to 182 grams. Polo balls should rebound at a minimum of 54 inches to 64 inches max. in a bounce text from 9 feet height at 70-degree Fahrenheit, which proves that the ball is hard and lively.

Elephant polo ball - The ball used in elephant polo is similar to the traditional polo ball. Most of the rules & regulations of the sport are same as in horse polo except that it’s played on an elephant back.

Water polo ball - The ball used for water polo is the same as used in canoe polo. These are usually bright yellow coloured and have an easy grip to hold. The standard ball size used in water polo is size 5 for men and size 4 for women. The weight of the ball should be from 400 to 450 grams and the gauge pressure of the ball should be 90 to 97 kPa for men and 83 to 90 kPa for women.

Bamboo Polo balls - The bamboo polo balls were widely popular in the 20th century and are more robust than wooden balls. They were mainly produced in India. These balls are manufactured from the bamboo rhizome which is actually the underground part of the stems. The species such as Dendrocalamus or Guadua are majorly used.

Evolution of polo balls through the years

In the earlier times, the first polo balls were manufactured from bamboo, hard rubber and willow roots. The corks were covered with leather on the outside. The Britishers used to paint their cricket balls white and used them as a polo ball. The Deulpur craftsmen crafted and supplied the initial bamboo balls to the entire country. Later, in the 1950s, the Baug Brothers capitalized the use of wooden polo balls that instantly became a hit. During the 1970s to the 1980s, the demand for wooden balls grew instantly in the United States, England, Australia, Nigeria and India. During the 1990s, fibreglass polo balls (referred to as Argentinean balls) become widely popularized. But the balls were highly expensive than the wooden balls but had the advantage of being durable and possess a uniform weight throughout. The new balls are manufactured from high-impact plastic that is highly robust and hard in nature. In earlier times, around 2000 balls were required to be used during a tournament, as they were prone to cracks after being hit. With the latest technology and evolution of the polo balls, utilization per match has reduced significantly. The new plastic balls have proven to be highly cost-effective with all the advantages over other variants.