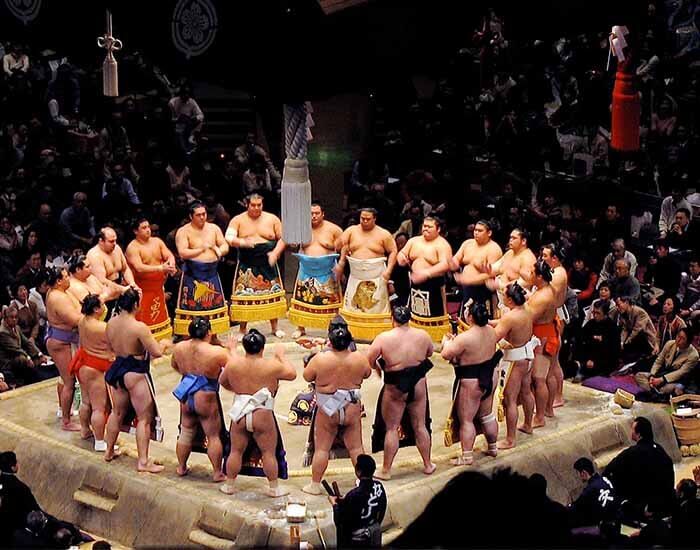 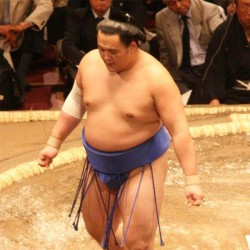 Sumo wrestlers use a Mawashi, a heavy fabric loincloth that opposing wrestlers utilize while performing different manoeuvres to seize and hold onto to pick up an advantage during matches. Mawashi is basically a belt that a sumo wrestler wears during training or in competition. Top-ranked professional wrestlers wear a Keshō-Mawashi as a part of the ring entry ceremony. The mawashi is a thick, 30-foot-long belt that a wrestler wraps around his body various times and securely hitches at the back. Sumo wrestlers believe life experience disappears after the wash, so mawashi is never washed. Wrestlers wear canvas mawashi while training. During competitions, top-ranked wrestlers wear different-coloured silk mawashi while lower-ranked wrestlers are constrained to black cotton. Depending on each person style, a wrestler's mawashi could be firmly wrapped and tough for rivals to grasp or freely wrapped with sufficient slack to hinder an opponent's fast snap.

For top-ranked professional sumo wrestlers, mawashi is made of silk and comes in a variety of colours. It is around 9.1 m in length when unwrapped, around two feet wide and weighs almost 3.6 to 5.0 kg. It's wrapped a few times around the sumo wrestler and affixed in the back by a large knot. A series of matching colour, hardened silk fronds called sagari, are attached to the front of the mawashi.

Their number range from 13 to 25, and is always an odd number. They mark out the only portion of the mawashi that it is unlawful to grab on to the vertical portion covering the sumotori's groin. If they fall out during the competition, the referee will throw them from the ring at the first opportunity.

Sumo wrestler can only use the silk mawashi during competitive bouts either ranking competitions or touring displays. During training sessions, a heavy cotton mawashi is worn. For senior sumo wrestler in the top two divisions, this belt is coloured white, and it is used with one end differently circled at the front. Sagari is not used during training. Sumo wrestler ranked in the lower divisions use a black cotton mawashi both for training and in the tournament. In competition, cotton sagari are embedded into the belt, but these are not stiffened. Amateur sumo wrestlers are anticipated to wear a white cotton mawashi without the looping attached to the senior professional's training attire.

There are two fundamental standards of mawashi worn by sumo wrestlers. The first and by far the more common, is the harsh canvas type that everybody in the makushita division and below uses in training and competitions, both. Those are regularly black. The same kind of mawashi, but in white, is used during practice by sekitori, wrestlers in the top two divisions. In competitions, although, they use a silk mawashi called a shimekomi. A third kind known as kesho-mawashi, which is much decorated, is worn by sekitori during the ring entrance ceremony.

Standard canvas mawashi fabric is around 45 cm wide and comes on a long roll. A length regularly between 5-6 meters, depending on the girth of the wrestler, is cut off. To put it on, wrestler mounts it then turns clockwise as it wraps around wrestler like spaghetti on a fork. A second individual is required to tie the knot at the back.