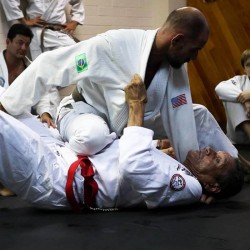 The Jiu-jitsu-Gi is a traditional uniform used in the training and competitions of Jiu-jitsu. “Gi” according to the Japanese martial arts refers to the dress or clothing. This uniform consists of a heavy cotton jacket along with a pair of drawstring trousers and a coloured belt that describes the rank of the practitioner. Non-Japanese practitioners call it as kimono. The uniform is of solid colour mainly white, black or blue. The International Brazilian Jiu-jitsu Federation (IBJJF) primarily regulates the rules regarding the gi.

The Jiu-jitsu-Gi consists of 2 parts; pants and jacket along with a belt.

Pants - The pants in earlier times were composed solely of thick cotton canvas or denim. In recent years, these are made from light-weighted material concerning the hot weather. Nowadays, it is popular among practitioners to wear ripstop trousers with a cotton jacket.

History and evolution of the Jiu-jitsu-Gi

In the 1970s, Carlos Gracie’s son Reylson Gracie implemented the first set of colours to the jiu-jitsu uniform. By the late1980s, sponsorship of the athletes began and in 1990s, practitioners started to wear advertisement patches on their uniforms that led to the marketing of various brands. In the1993 UFC-1, the Brazilian jiu-jitsu style was adopted by the American market. This led to the collaboration of jiu-jitsu with the international brand “Bad Boy”. A year later, another brand entered in the production of gi selling - “M Kimonos”. In 1996, a new variant of the gi was introduced by a new brand “Krugans”. They produced cutting designs of the jackets for the guard players. It had no seam in the back and was more comfortable for the players. By 2000, several companies jump in to produce lighter, durable and more practical variants of the traditional gi and so plenty of the variants are available in the market today.