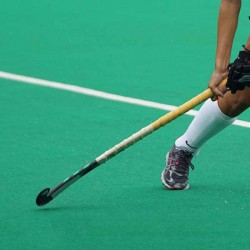 Field hockey is a popular sport played with the help of hockey stick. Hockey sticks have a long shaft with a curved head at the end. The stick is usually 89-95 cm long (35 to 38 inch). During the initial years of field hockey, the sticks were made from hickory, ash and mulberry wood. The sticks have a maximum length of 105 cm (41 inches) with a maximum weight of 737 grams. Nowadays, the sticks are usually made with fibreglass, aramid fibre and carbon fibre to increase its flexibility, stiffness and resistance. The balls can be hit or pushed from any angle.

Evolution of the Field Hockey Sticks

Before 1860, the sticks were manufactured from bamboo, ash and cedar, they had a blunt end with a long straight shaft. In 1990, the sticks were constructed with metal handles but later were banned by many countries. By the late 20th century, fibreglass was highly used to manufacture hockey sticks. In 1982, the hook shape was invented followed by J-shape and midi designs. Today, the hooks are made with a varying degree of 45, 60 and 75. After the modification, the horizontal length of the head was reduced to 115 mm and toe height was reduced to 75 mm. The new sticks are more durable and provide high striking rate to the players.