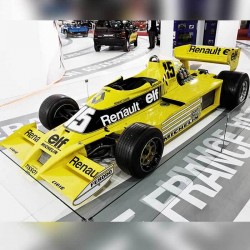 Formula One (F1) cars are the product of brilliant engineering design and cutting edge technology. They rely on a finely tuned balance of aerodynamics, electronics, tyre, and suspension. These cars are regarded as the most technologically advanced vehicles, also declared as the pinnacle of motorsports. They are designed for racing purpose only. The cars are only available as a single-seater with an open cockpit, open-wheels with the free engine positioned behind the driver. The manufacturing and specifications are regulated by the Federation Internationale de I’Automobile (FIA).

Parts of Formula One Cars

Evolution of Formula One Cars

Bugatti re-introduced the first-ever key technological advancement in the form of mid-engine cars following the 1930s Ferdinand Porsche's pioneering Auto Unions. However, the development that occurred with the Type 251 turned out to be unsuccessful. Australian three-time world champion Jack Brabham proved the mid-engine car has a better future opportunity. By 1961, all competitors switched to mid-engine designed cars. The last front-engine F1 car to enter a world championship race was the Ferguson P99. It was the only front-engine car that entered the 1961 British Grand Prix.

In 1962, Lotus introduced monocoque chassis with an aluminium-sheet. Traditionally, cars had a space-frame design. This was another technological breakthrough since the mid-engine cars. By 1968, sponsorships embarked on the Formula One cars. Rhodesian duo John Love and Sam Tingle ran cigarette sponsorship on their cars in orange, brown and gold Team Gunston colours during the South African Grand Prix on January 1, 1968.

During the late 1960s, aerodynamic downforce gradually garnered importance in car design. In the late 1970s, Lotus presented ground-effect aerodynamics that provided enormous downforce and significantly increased cornering speed. In 2005, the FIA introduced a new regulation of using more powerful indigenous aerodynamicists. The design of the modified F1 cars resembles the Ferrari's narrow waist design. The model helps in reducing the drags and increases the air availability by the rear wings. Before 2006, the formula one car had V10 engines with 3 litres capacity, which was changed later to V8 engines. In recent times, the 1.6 litres V6 engines are used widely aided with the turbochargers. As compared to the earlier clutch, the new ones are composed of a multi-plate carbon design. It has a maximum diameter of 100 mm and should weigh less than 1 kg. In 2011, modified DRS (Drag Reduction System) rear wing systems were used. Modern-day motor cars have high performance with ultra-high-performance tyres and can attain higher speeds up to 200 mph. The modified cars also have a more top cornering speed than the earlier models.

The cars went through a significant change in 2017, allowing wider rear and front wings and wider tyres, consequential in greatest cornering forces near 6.5 lateral g and top speeds of approximately 360 km/h (225 mph). As of 2019, the hybrid engines perform a maximum of 15,000 rpm; the cars are now mostly dependent on electronics and aerodynamics, suspension and tyres. Between 2004 and 2008, many electronic driving aids, such as launch control, traction control, and automatic shifting.