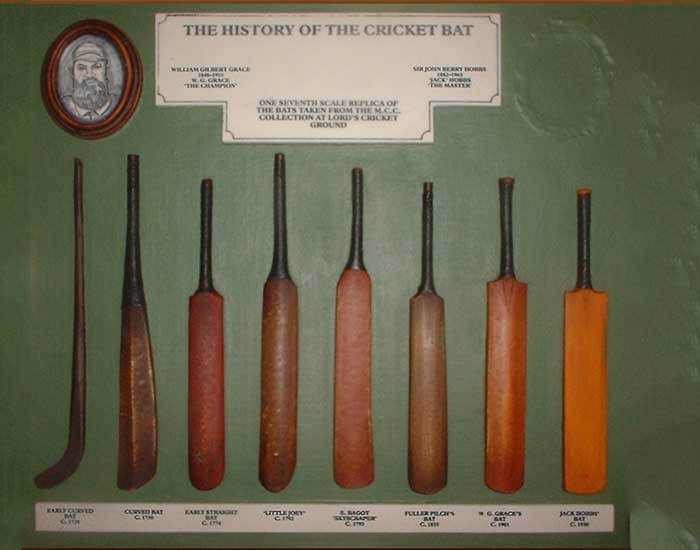 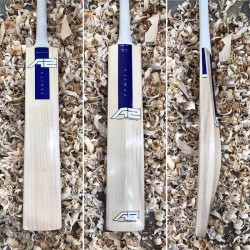 The cricket bat is the equipment used by the batsman on the field. The use of this equipment is to hit the ball. The batsman also uses the bat for making their ground to avoid a runout. Typically, the bats have a cane handle attached by the flat-fronted and a ridge revers. The bats have a length of 38 inches and a width of 4.25 inches maximum. The official bats are made from high- grade wood. Among the cricketers' most popular bat manufacturing brands are Kookaburra, Gray-Nicolls, Gm, MRF, SG, Spartan, SS, and Reebok.

Majorly there are four types of bats used by a batsman in official matches. They have been differentiated based on their manufacturing material -

The cricket bats are either handmade or machine-made. The blade of the cricket bat is made from wood and has a flat surface with a ridgeback. The blade is connected to the handle present on the top. The handle has a long cylindrical shape and is covered with a rubber grip to reduce friction. This designing of the bat is referred to as a 'wooden spring design.' The front of the bats is usually covered with a protective film to increase the shelf life. The willows that offer shock-resistance are more preferred for manufacturing.

In the 1880s, Charles Richardson invented the cane handle model that was connected to the blade with the help of a tapered splice. The shoulders are the region of the bat with edges. The bottom of the module is known as the toe. The bats are usually knocked in before being used. This allows the bats to compress the surface wood fibres and ensures safe usage.

History and Evolution of Cricket Bats

In the year 1624, the usage of the first cricket bat is found. Before this period, hockey sticks were used to play cricket matches. In 1770, the rectangular form of the bats came into existence. In 1880, the maximum width of the bat was standardised at 4.25 inches. Till 1890, sapwood was used to manufacture bats. The sapwood was called 'white willow.' In the 1900s, Kashmiri willow garnered a lot of popularity. However, then, it was believed to be less durable. The prominent manufacturers started experimenting with the bats. They introduced 'sweet spot' bats that had dense timber towards the lower half of the bat. After fixing the sweet spot, the weight distribution was brought into consideration. The modern-day bats weigh relatively lighter than that of the 1960s. The willow in these bats is dry but has the same effectiveness in terms of power.