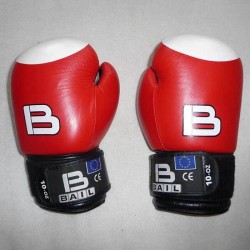 Boxing gloves are the most crucial boxing gear worn by the fighters during a match or practice. Gloves protect hands of the boxer & opponent’s head and are completely non-lethal to use. The boxing gloves used in fighting tournaments for the very first time was in Ancient Greece. Early depictions of gloves in boxing date back to around 1500 BC in Minoan Crete, which means the earliest boxing gloves were used at that time. The gloves are placed over boxer’s hand wrap made of cotton. It either has laces or Velcro to provide better fitting.

Types of Boxing Gloves used in a boxing match

The use of first boxing gloves was marked in 1500 BC in Minoan Crete. Since Ancient Greek civilization, the use of gloves was pioneered for the protection of hands. The ancient gloves had leather straps that were just wrapped around the wrist. Later in Roman civilization, metal aided gloves were used to inflict greater damage. The earlier gloves lack excessive padding and had loose stitching. The new boxing gloves have mesh palm, velcro and leather stitching, better cushioning and more improvised design. The International Boxing Association makes rules regarding the measurements and fabric of the gloves.