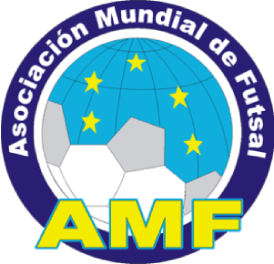 The Asociación Mundial de Futsal, alternatively called the World Futsal Association, and often abbreviated as the AMF, is the world governing body of the sport of futsal and is solely responsible for creating the rules and regulations of this sport.

It was originally called the International Futsal Federation (FIFUSA), but its name was later changed to the Asociación Mundial de Futsal.