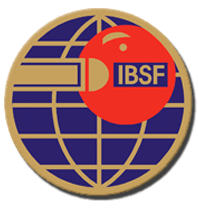 Thus, the IBSF later took over as the world governing body of the non-professional competitions of both billiards and snooker.