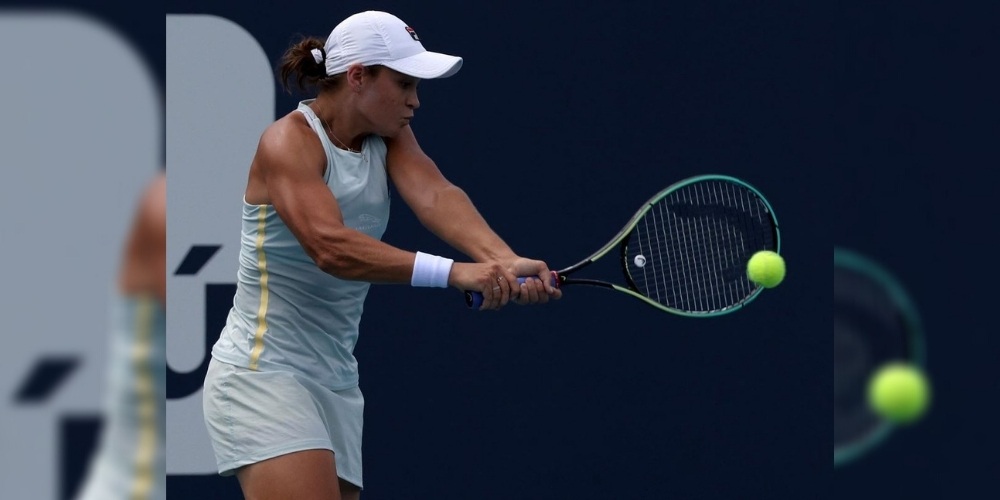 On Monday, Bianca Andreescu climbed three spots to finish sixth in the WTA rankings after reaching the final, where she lost to Ashleigh Barty, who remains the world's number one.

Andreescu, a 20-year-old Canadian tennis player who was forced to retire in the second set in Miami after an ankle twist, is approaching her best career ranking since winning the 2019 US Open when she finished fourth.

Barty, who retained her Miami Open title in Florida, shrugged off criticism of her continued top spot on Saturday, stating, "I totally deserve my spot at the top of the rankings."

The Australian has benefited from a change in the way the rankings are calculated, which takes into account the disruptions caused by the shutdown from the pandemic last year. Barty missed the rescheduled US and French Opens last year to stay at home.

Despite Barty's victory, her closest rival, Naomi Osaka, closed the gap by 150 points, although the Japanese tennis player is still more than 1000 points behind.

The week's best achievement was Maria Sakkari of Greece, who reached the semifinals in Florida by knocking out Osaka. The 25-year-old Athenian climbed six spots to rank 19th, her highest ranking so far.

Belarusian Aryna Sabalenka, who made her way into the last eight in Miami, climbed one step to seventh. Serena Williams dropped to eighth, and Karolina Pliskova dropped three places to ninth.

Here are the Top 20 WTA rankings as of 5 April