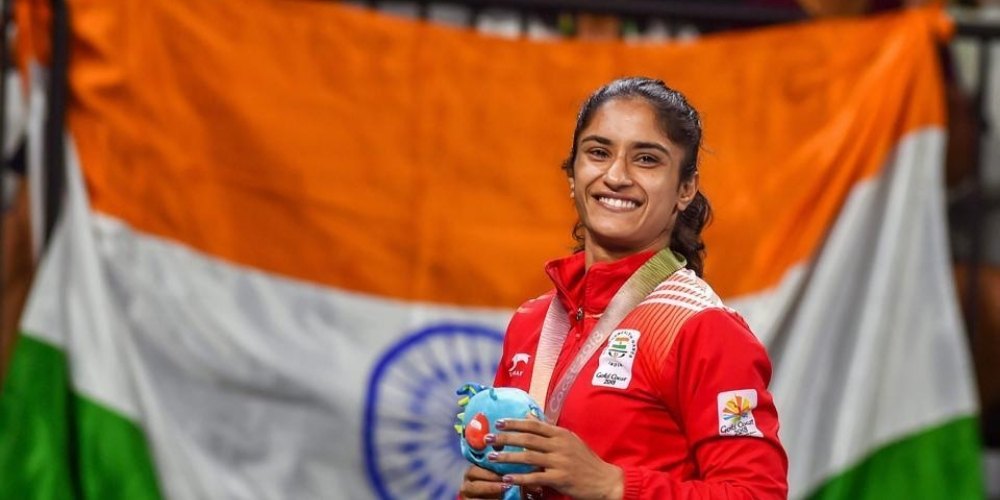 Indian wrestler superstar Vinesh Phogat won her first gold medal at the Asian Wrestling Championships in Almaty on Friday, dominating the depleted field. It was her 7th podium finish at the Asian Championships as the Tokyo-bound star showed off her class.

Meanwhile, young sensation Anshu Malik, who won her Olympic quota a few days ago at the event, won her first gold medal at the Asian Championship.

In the absence of Chinese and Japanese rivals, Vinesh was unstoppable as she achieved the title without losing a single point in the 53kg category.

Over the years, Vinesh has won seven podium finishes in Asian competitions, including three silver medals before that competition.

#TOPSAthlete @Phogat_Vinesh wins the at the Asian Wrestling Championships for the 1st time after beating #MengHsuanHsieh. She had previously won 3 and 4 . This is her 3rd gold in 3 events since her return in March.
Many congratulations!!! pic.twitter.com/WXynva11K5

Divya Kakran (72 kg) was also standing at the top of the podium, while Sakshi Malik (65 kg) won a silver medal, and this performance should strengthen her self-confidence after a long wretched run.

India has a rich haul of 7 medals from the women's competition, as the country has earned four golds, one silver and two bronze medals in this year edition.

Divya has performed well in the category of 72 kg. On her way to the final, she stunned reigning Asian champion Zhamila Bakbergenova from Kazakhstan 8-5 en route the final.

In the final, Divya thrashed Korea's Sujin Park, becoming the second Indian after Sarita Mor to win two gold medals in the competition.

Young Sonam Malik (62 kg) was unable to compete in the event due to an injury. Sonam also recently received an Olympic quota along with Anshu.

.@DivyaWrestler wins in women’s 72 kg at the Asian Wrestling Championships for her 2nd gold after winning the 68 kg event last year. @sakshimalik wins in women’s 65 kg.
Many congratulations!!! pic.twitter.com/TvO8QThoxz

Anshu shines in the International Stage

The 19-year-old Anshu was once again impressive, as she highlighted her progress in the senior circuit with another solid performance in the 57kg weight class. She won her final 3-0 and was never too troubled about Mongolia's Battsetseg Altantsetseg, except for a double attack at the start of the fight.

Previously, Anshu won her first two fights by technical superiority over Sevara Eshmuratova from Uzbekistan and Nazira Marsbek Kyzy from Kyrgyzstan and advanced to the semifinals.

Her quick moves and tremendous energy made her opponents gasp for breath.

In the match against Altantsetseg, she was leading 9-1 when the referee awarded the Indian a "victory by warning", as the Mongolian received three warnings.

The Mongol woman was mainly occupied with the defense, and Anshu retained her advantage in the search for gold.

Earlier in the day, Vinesh had a technical lead over Mongolian Otgonjargal Ganbaatar and Meng Hsuan Hsieh of Taipei, while the injured Hyunyoung Oh of Korea did not make it to the semifinals.

Vinesh, who last year won a bronze medal at the Continental Championship in Delhi, advanced 6-0 in the final and finished the fight in style by beating her opponent in the first period.

Another gold for India as #TOPSAthlete #Anshu wins the women’s 57 kg event at the Asian Wrestling Championships after beating Baatsetseg Altantsetseg of Mongolia. She had won a #Tokyo2020 quota last week. pic.twitter.com/ojEb9GLcKW