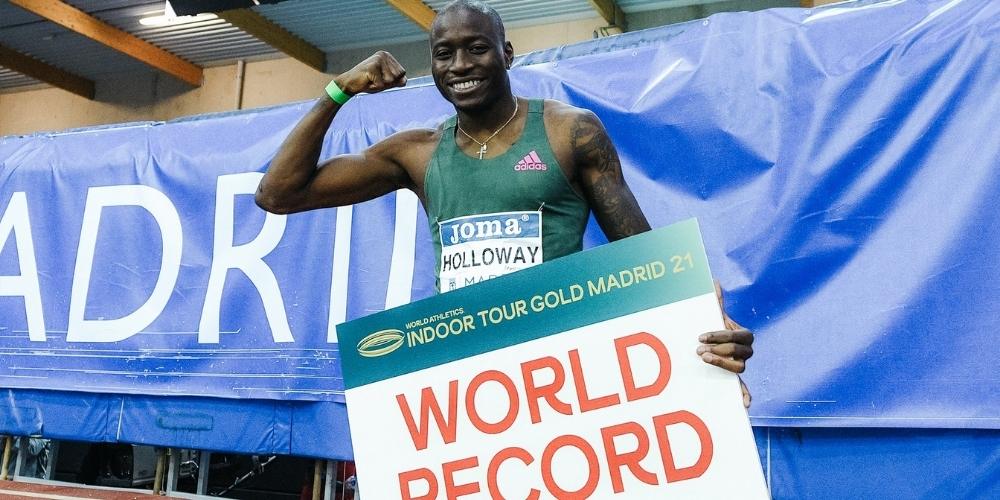 US track and field athlete Grant Holloway has set the new world record for the 60m indoor hurdles.

According to World Athletics, the 110m hurdles world champion now holds four of the six fastest 60m hurdles in history - all at 7.35 or faster.

Two weeks ago in Lievin, France, Holloway was just 0.02 seconds behind the former leader Colin Jackson's world record in his last race.

The 23-year-old has been in great shape all winter, running ten times in less than 7.40 seconds.

The Virginia native enrolled at the University of Florida on an athletics scholarship and turned professional in junior year in 2019. Holloway held the best time in the NCAA for the 60 and 110 meters hurdles all three seasons, including one that spanned 40 years.

Stunning hurdling from @Flaamingoo_ to clock 7.29